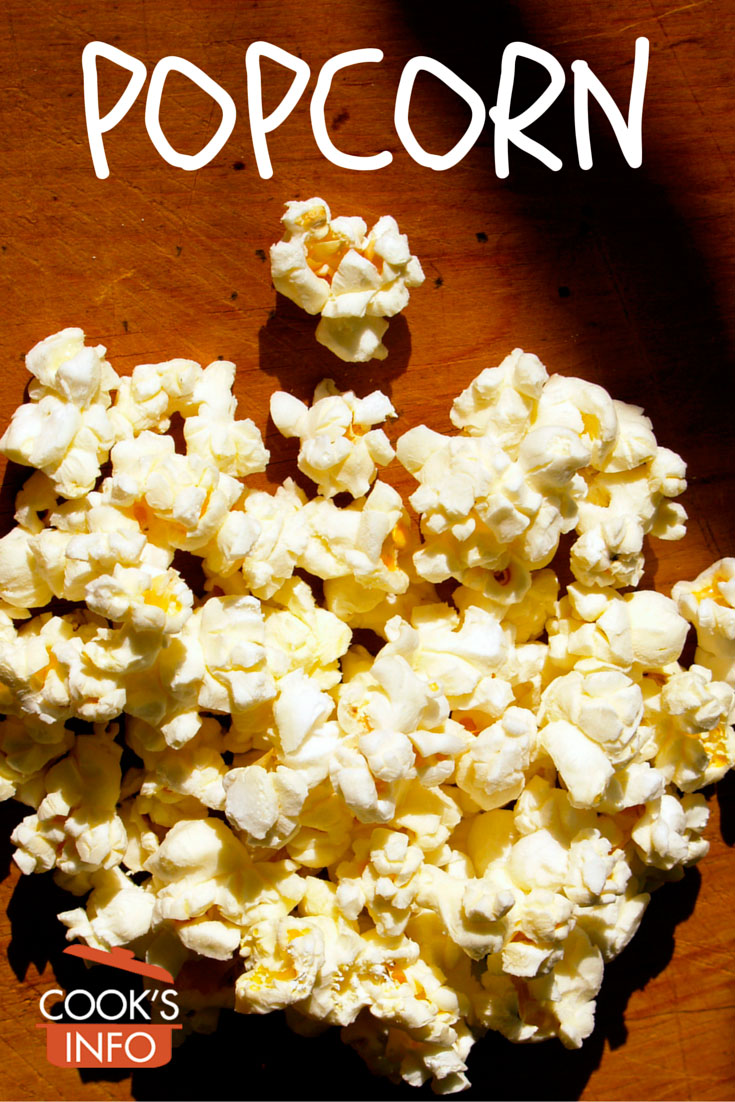 Popcorn is made from corn that has been bred to have more starch than sugar in it.

When popcorn kernels reach about 66 C (151 F), the starch inside them begins to cook. As the temperature increases towards the boiling point (100 C / 212 F), the moisture inside the kernel begins rapidly to turn into steam and expand, creating a great deal of pressure inside the kernel.

Better brands of popcorn have kernels with an 11 to 14% moisture content — enough to create the explosion, but not enough to make a steamy environment leading to tough popcorn. 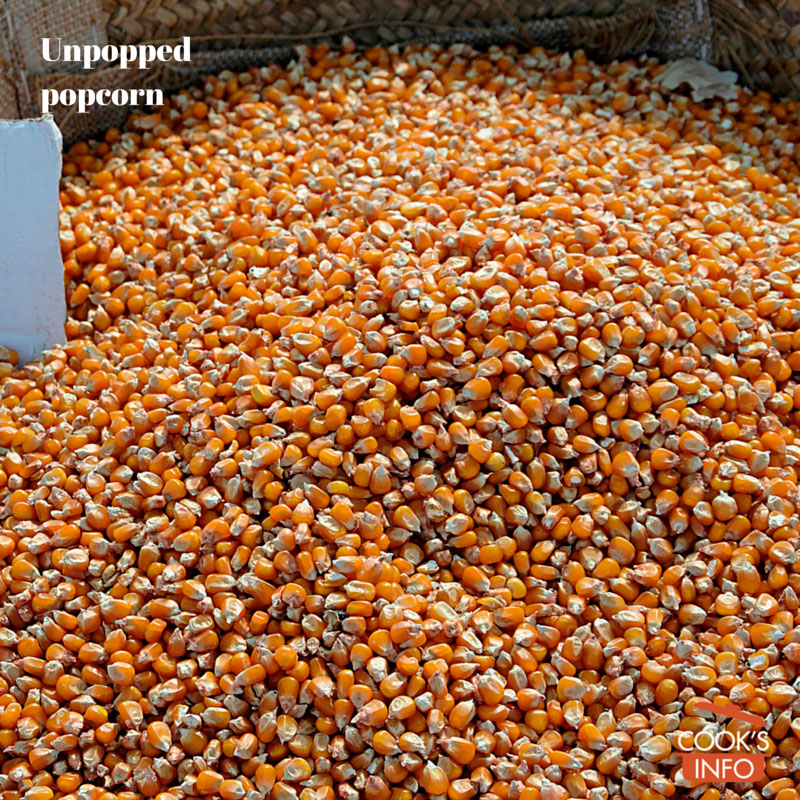 The bottom of microwave popcorn bags contains a reflector that directs energy coming from the top of the microwave oven back up into the popcorn. That’s why all bags make it clear which side should go in facing down.

Your microwave popcorn will pop even better if you take a second and knead the bag first to break up any clumps in it.

The popcorn button (a feature on most microwaves sold in North America) is generally programmed for around 3 minutes.

A large bag of popcorn (about 22 cups in volume) at a movie theatre can have in it your daily allowance of sodium, and owing to the oil used in popping it, can also have calories and fat equal to eating two Big Macs from McDonald’s — and that’s before you add butter and salt to it (concession stands will add salt at the start of the popping process.)

A small bag of popcorn (about 11 cups in volume) can have absorbed six to eight teaspoons of oil during the cooking process. [1]Beck, Leslie. Large bag of movie popcorn has fat equal to two Big Macs. Toronto, Canada: The Globe and Mail. 22 February 2011.

Cobs of unpopped popcorn over 5,000 years old have been found in caves (it’s uncertain how the archaeologists knew it was popping corn if it was unpopped.) Natives in both North and South America popped it either on the cob, or in various contrivances that functioned as poppers, sometimes clay pots on legs to be set over the fire, sometimes wire mesh baskets.

Popcorn sales went into a slump when home VCRs came out and the number of people attending movie theatres started to decline, but the advent of microwave popcorn reversed all the sales trend — well, for popcorn, anyway. Microwave popcorn now accounts for hundreds of millions of dollars in sales every year.

In 1946, popcorn was the first food item to be deliberately cooked with microwaves.

“Popcorn time, and the newest packaged corn goes to market tasting of smoke. ‘Smokorn’ is packed in half-gallon tins for party occasions, selling for 45 cents at B. Altman’s. No better than plain buttered popcorn, but it does create interest and lively comments.” — Paddleford, Clementine (1898 – 1967). Food Flashes Column. Gourmet Magazine. November 1947.