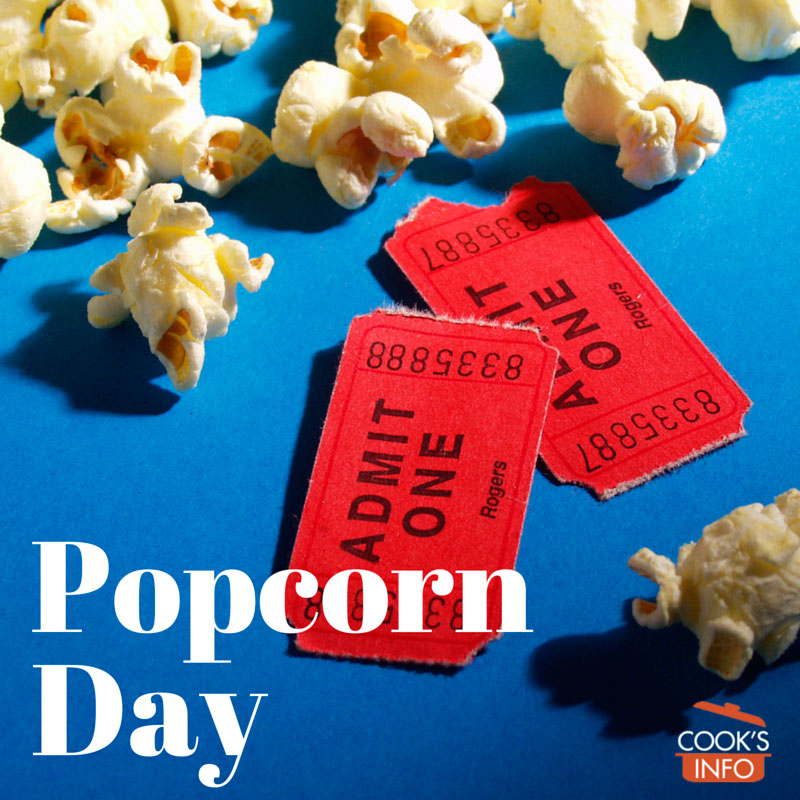 The 19th of January is Popcorn Day.

To celebrate Popcorn Day, you could have a big bowl of homemade popcorn with your favourite topping, either melted butter, or a dry topping mix sprinkle.

You could buy “specialty” popcorn still on the cob and pop that in the microwave, or even just buy a bag of pre-popped popcorn.

You could could make popcorn balls, to transport you back to the days of church and school bake sales.

If you’re a sports fan, you may want to fudge the date and celebrate it in conjunction with Super Bowl Day (because that’s actually how it started.)

Nebraska and Illinois vie with each other over who is the top popcorn producer in the United States.

National Popcorn Poppin’ Month is actually in October, because October coincides with the popcorn harvest. It was officially proclaimed in 1999, by the American Secretary of Agriculture Dan Glickman (though such proclamations are actually only valid for the year in which they are made).

In the 1970s, Popcorn Day appears in newspapers listed as being either in September or October. This ad from Mobil places it on the 24th of October. 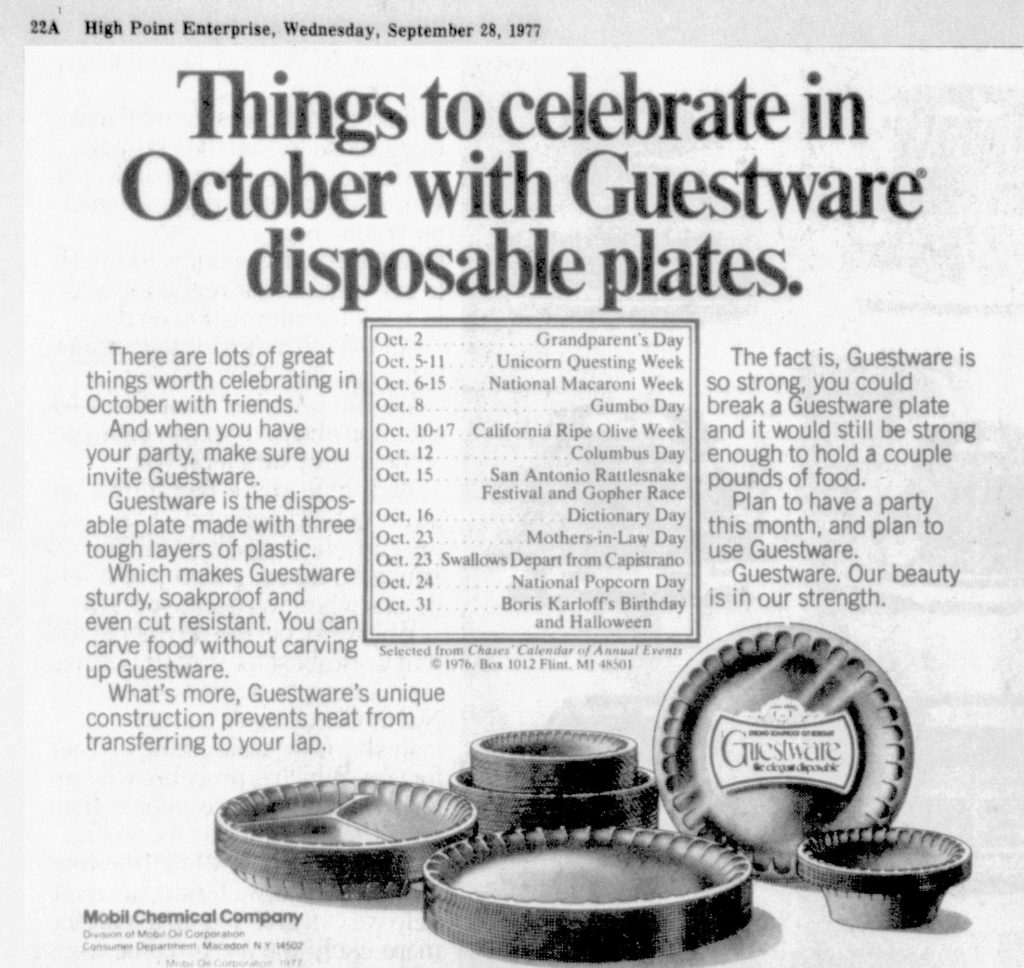 In 1988, The Calumet City Star, along with several other newspapers that year, placed National Popcorn Day on the 31st of January 1988, which is also when the Super Bowl was played that year.

From the 1970s up until the early 2000s, Popcorn Day moves to always be the same date as the Super Bowl that year, and it appears, that was the logic of the day being in January.

The earliest mention we find of Popcorn Day being on the 19th January occurs in a Texas newspaper in 2003:

The Super Bowl that year was on January 26, 2003. (From 2004 onwards, it has moved to be the first Sunday in February.) No Super Bowl has even been held on January 19th [1]http://www.espn.com/nfl/superbowl/history/winners , so it would be interesting to know how someone came to declare it on the 19th.

The American Popcorn Board does not know who first proclaimed this as popcorn day.

“National Popcorn Day is celebrated at the end of January, although its exact date is a matter of debate. Many sources report it as Jan. 19; others claim it takes place on Super Bowl Sunday. How, when or why it began is a mystery, according to the Popcorn Board, a non-profit organization.

“We’re often asked about the origins of this day and wish we had some insight, but it remains a puzzle…Some other individual or organization with obvious good taste began this tradition some time ago and we’re glad they did.”

You can join the celebration on Jan. 19 by popping a batch of fresh hot popcorn….” [2]Get poppin’ on National Popcorn Day. The Frederick News Post. Frederick, Maryland. Wednesday, 18 January 2006. Page B5, col. 2. 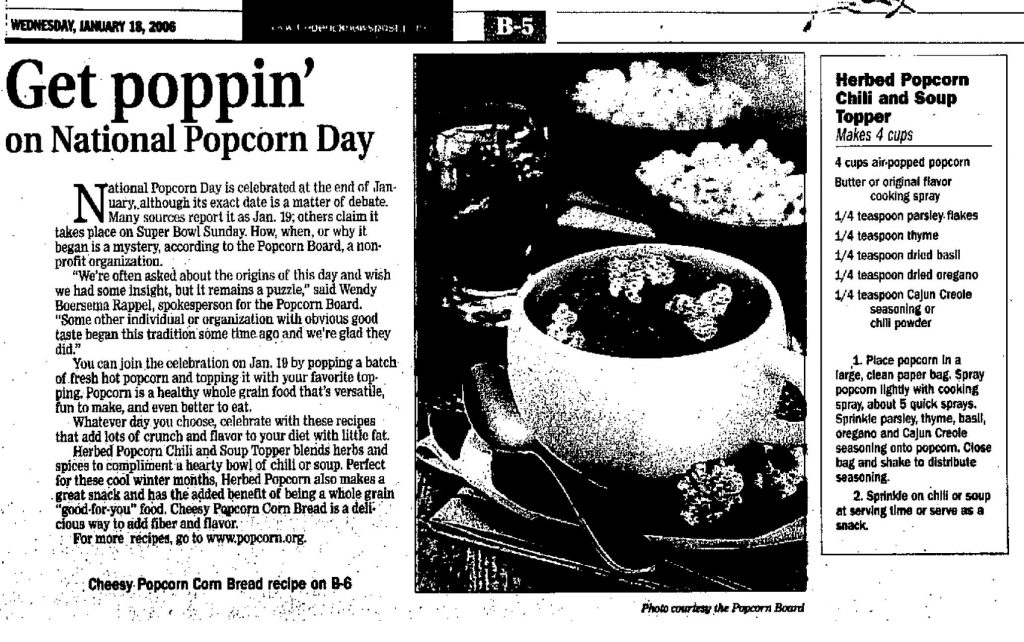 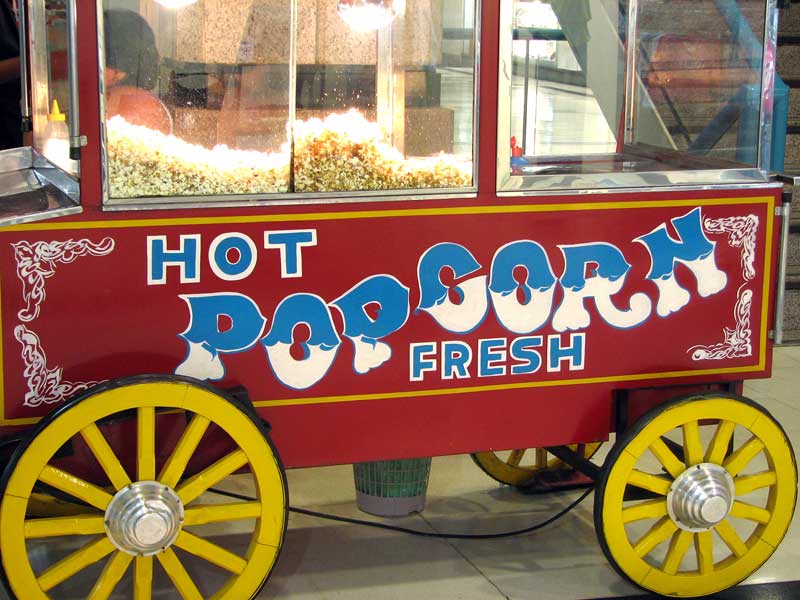 This web site generates income from affiliated links and ads at no cost to you to fund continued research · Information on this site is Copyright © 2023· Feel free to cite correctly, but copying whole pages for your website is content theft and will be DCMA'd.
Tagged With: Popcorn