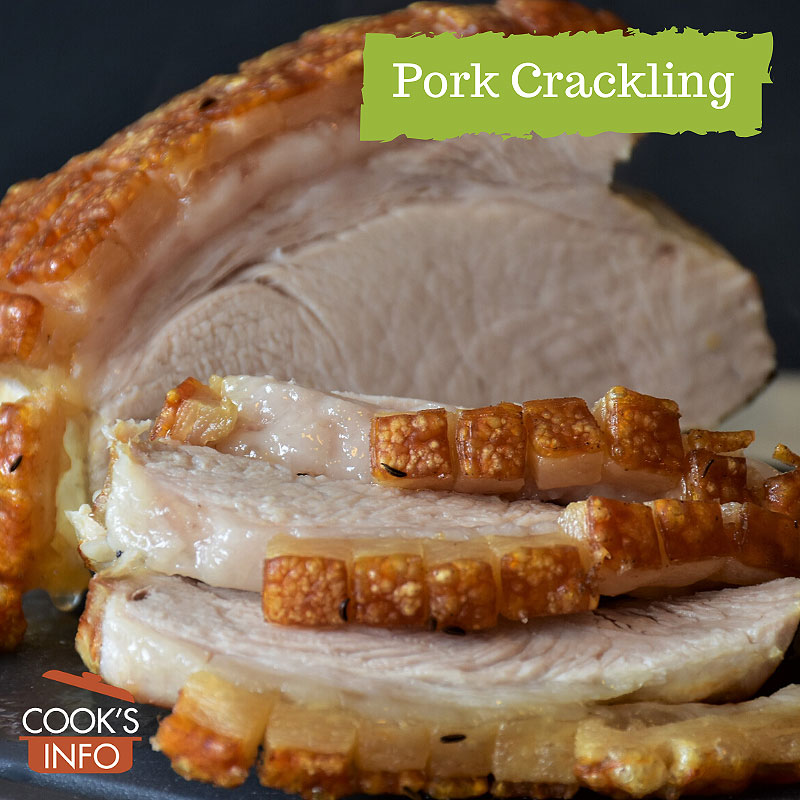 Pork crackling is the layer of golden-brown, crispy fat that forms on top of a pork roast.

There is actually a specific technique to achieving it, though it involves just three fundamentals: salt, high temperature, and dry skin.

Both fat and rind need to be present on the surface of the joint of pork.

What causes the crackling to form is hot fat pushing its way up and running over the rind.

The art of making it is less well-known in North America, but it is still practised by the English and the Chinese. 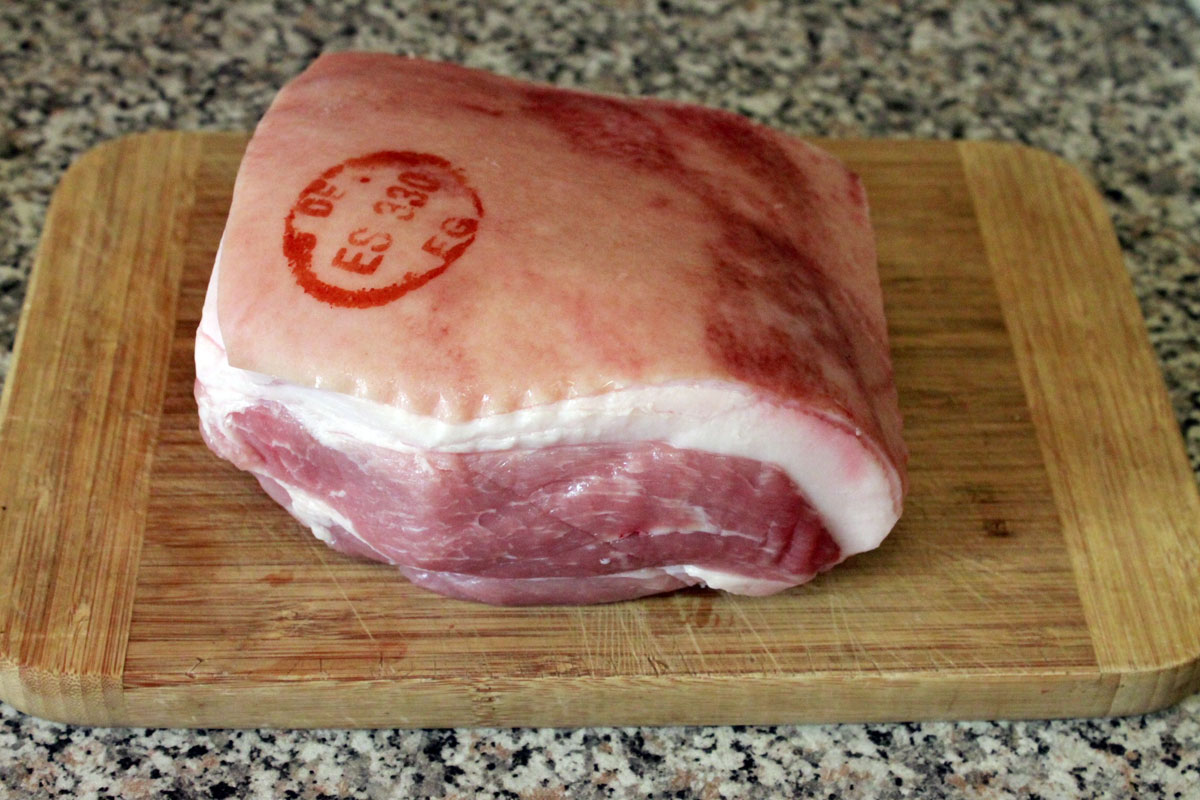 How to prepare crackling

It’s now advised for kitchen safety reasons to not wash meat before roasting it, as the washing doesn’t do a good job of removing many nasties, and the ones it does, it mostly sprays around the kitchen.

Whether you have wash the joint of pork first or not, wipe all the skin dry with paper towel, then let it stand for half an hour to warm up and dry.

Score the rind evenly, or punch a lot of small holes in it (some people use as a tool a board with nails stuck through it to make the holes.) This scoring lets the excess fat render off.

Rub with oil, and wipe any excess off.

Sprinkle with salt evenly, and rub the salt into the skin and the scores.

Cook the pork roast until the internal temperature reaches around 50 C (120 F). At this point, you move into the cracking phase. Remove the roast from oven, cover it, and put it back in the oven, cranking the heat up to 260 C (500 F).

If towards the end of cooking your crackling isn’t crisping up, slice off the layer of fat and rind, put it on a baking sheet, pop it back in the oven on its own and crank the heat — another 10 to 15 minutes should do it. Cover the pork roast meanwhile to let it rest out of the oven.

Don’t baste the roast while it is cooking. With the fat on top, you won’t need to — it will baste itself. Plus, the basting may make the crackling tough and chewy, rather than crispy.

The purpose of the salt is both to make it tasty, and to absorb moisture so that it can get crispy.

“There is much, much pleasure to be had in honing a dish to perfection… In a piece of roast pork it is the contrast between the sweet, rich meat, succulent fat and crisp, salty crackling.” — Slater, Nigel. Perfect summer pudding. Manchester, England: The Guardian. 5 August 2001. 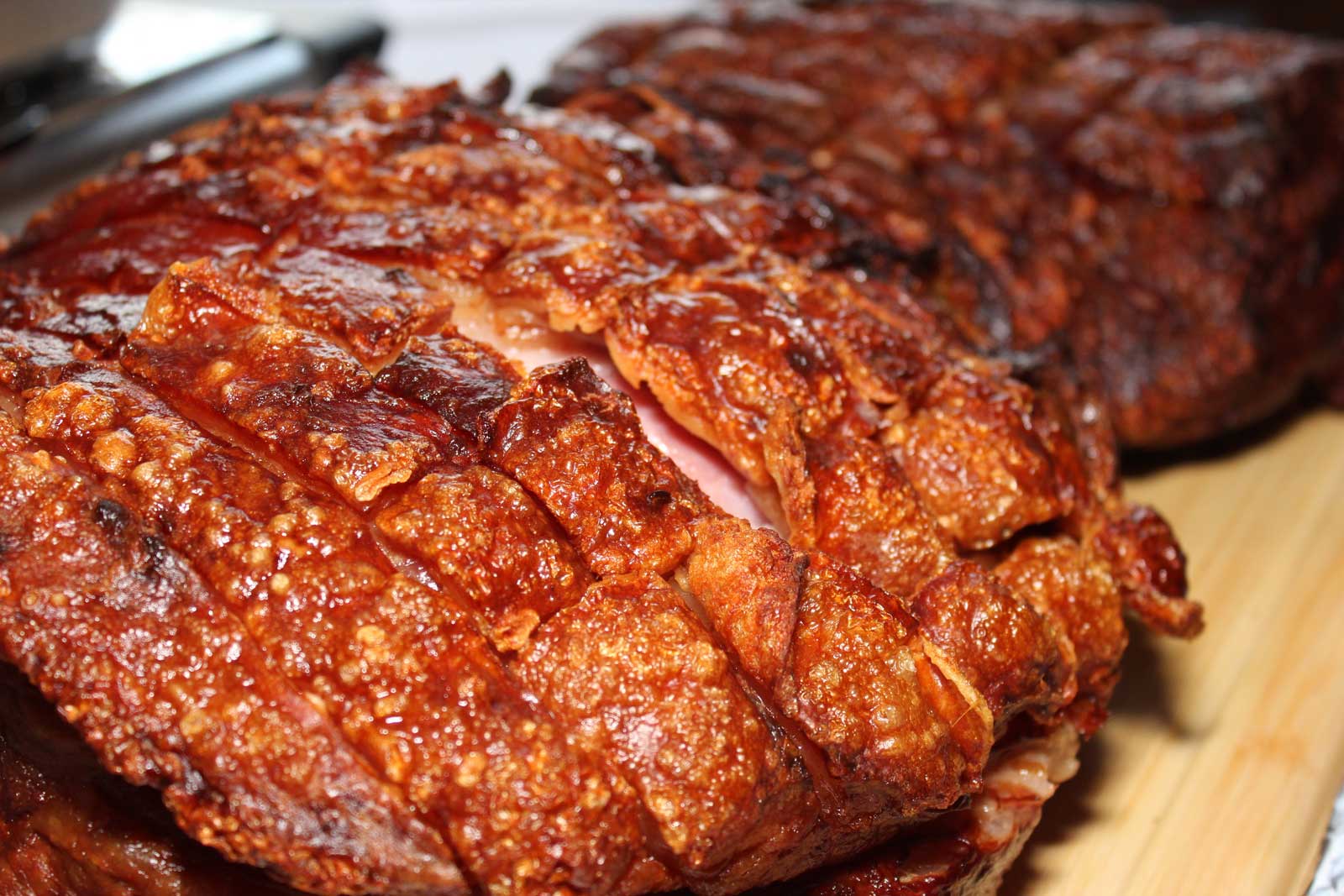 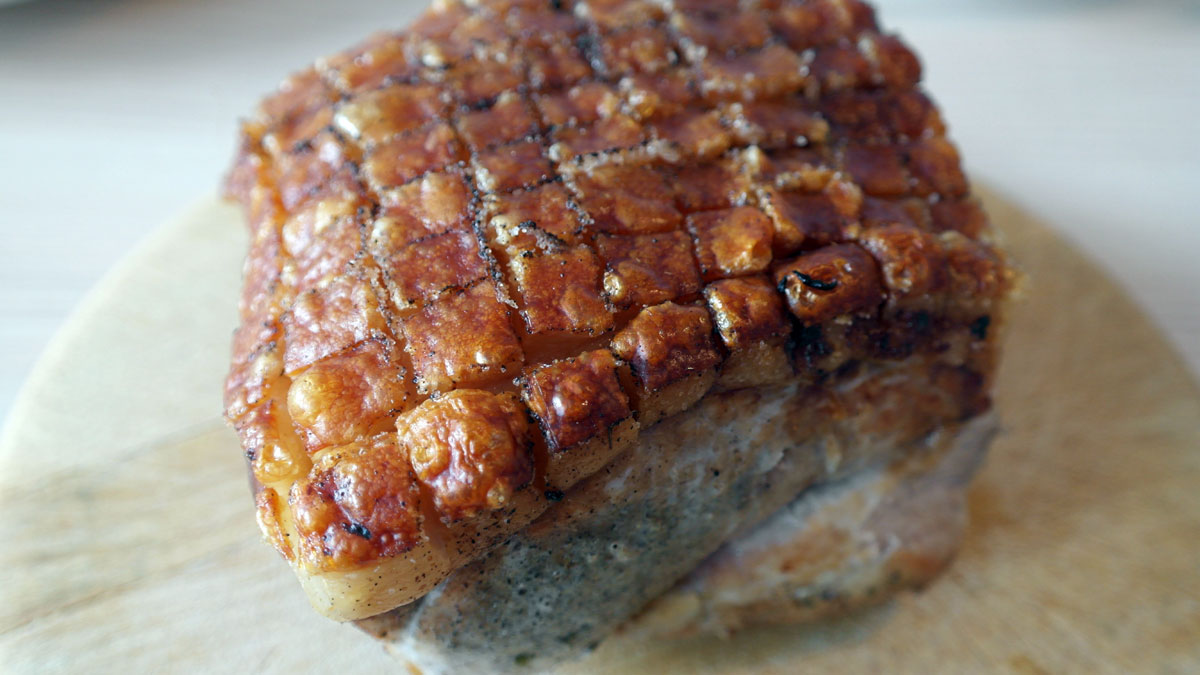 This web site generates income from affiliated links and ads at no cost to you to fund continued research · Information on this site is Copyright © 2022· Feel free to cite correctly, but copying whole pages for your website is content theft and will be DCMA'd.
Tagged With: Roasts