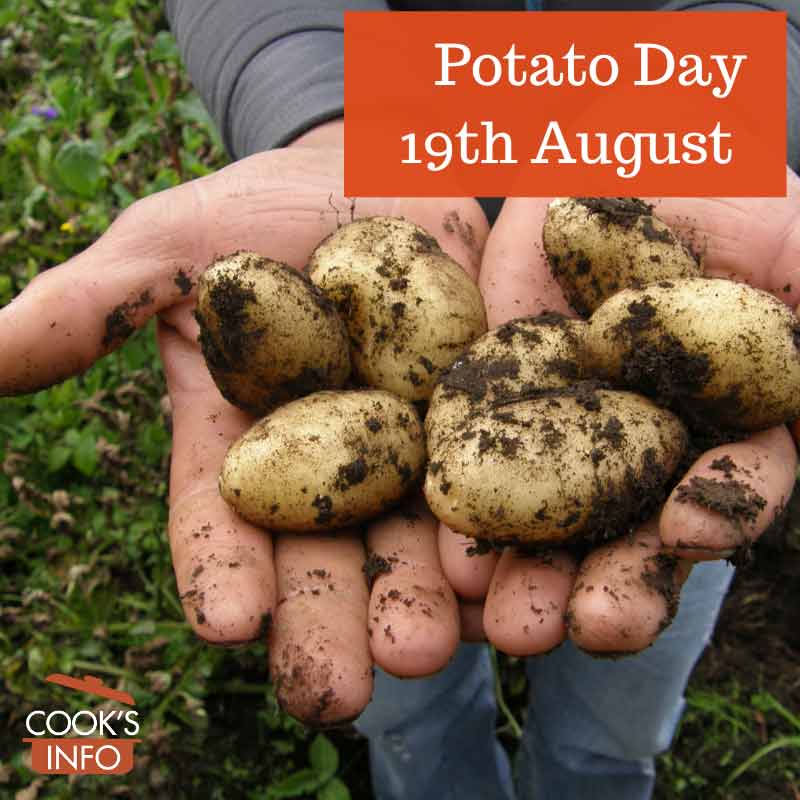 The 19th of August is Potato Day in the United States and in many other places.

Today you get to have potatoes for breakfast, lunch and dinner — and it’s not hard, and might not even be out of the ordinary for many people!

The Urban Dictionary suggests we walk up to random people today and say “I like potatoes”, but we’re not sure how that that is in practice.

The humble potato is the vegetable that changed the course of history, by improving the nutritional levels of millions of people by providing them with stable, abundant calories as well as many other micronutrients. Cheap and tasty, potatoes were also easy to grow and easy to store, and once cooked, can be eaten cold or hot.

Remember, potatoes are not fattening. In fact, Weight Watchers has even made potatoes a zero-point food on one of their weight management plans. It’s what we sometimes do to potatoes that is the problem.

Celebrate today by having potatoes. (Does potato-based vodka count today?)

Have you ever had purple potatoes?

Have you ever exploded a baked potato? Many of us have! There’s almost nothing worse to clean up in an oven!

Do you know the difference between floury and waxy potatoes?

The earliest print mention that CooksInfo is aware of for a Potato Day on the 19th of August occurred in August 2003.

Prior to that, it had been celebrated for decades in the United States on various days in various months throughout the 1900s.

In 1915, there was a movement to make it on the same day as U.S. Thanksgiving. 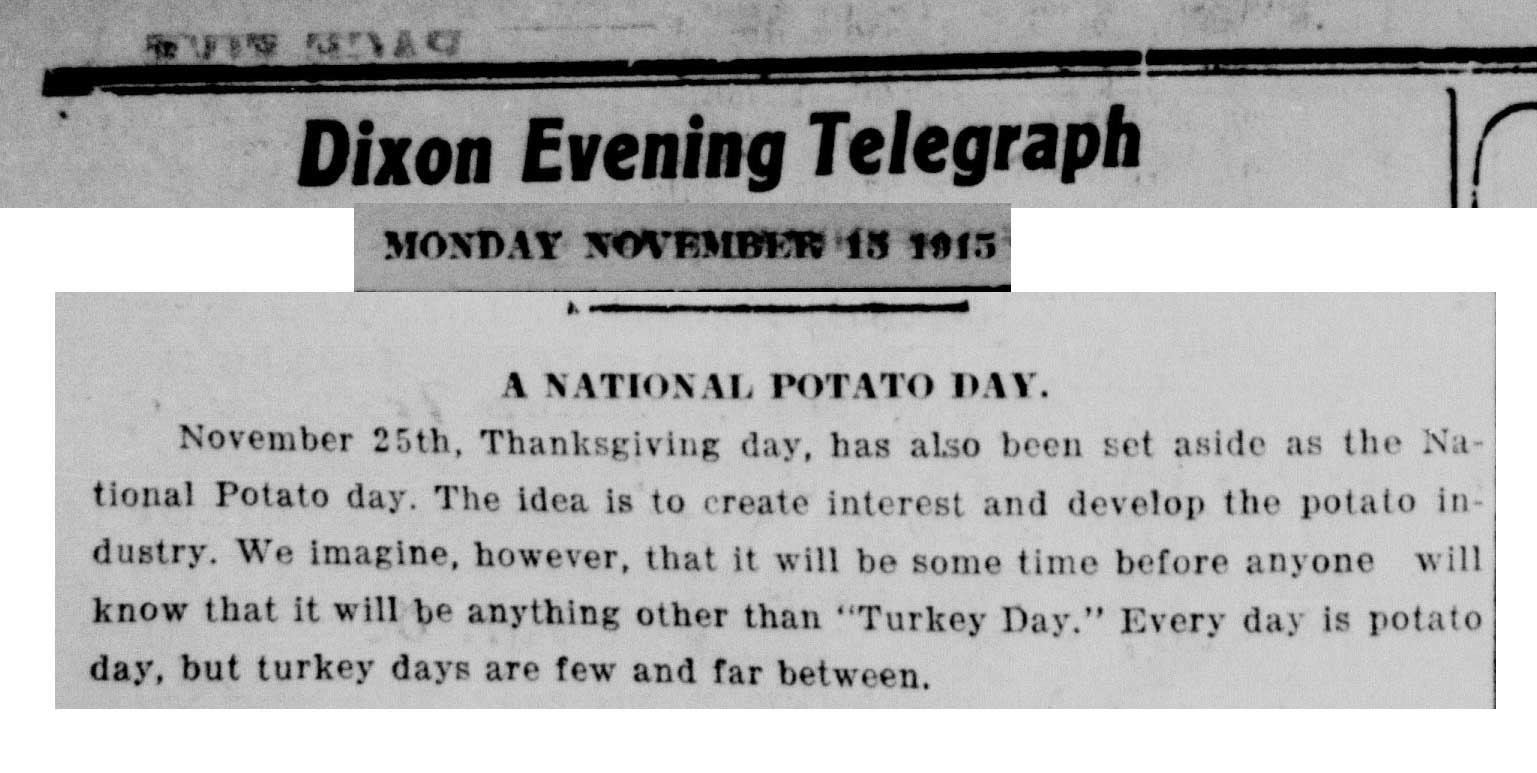