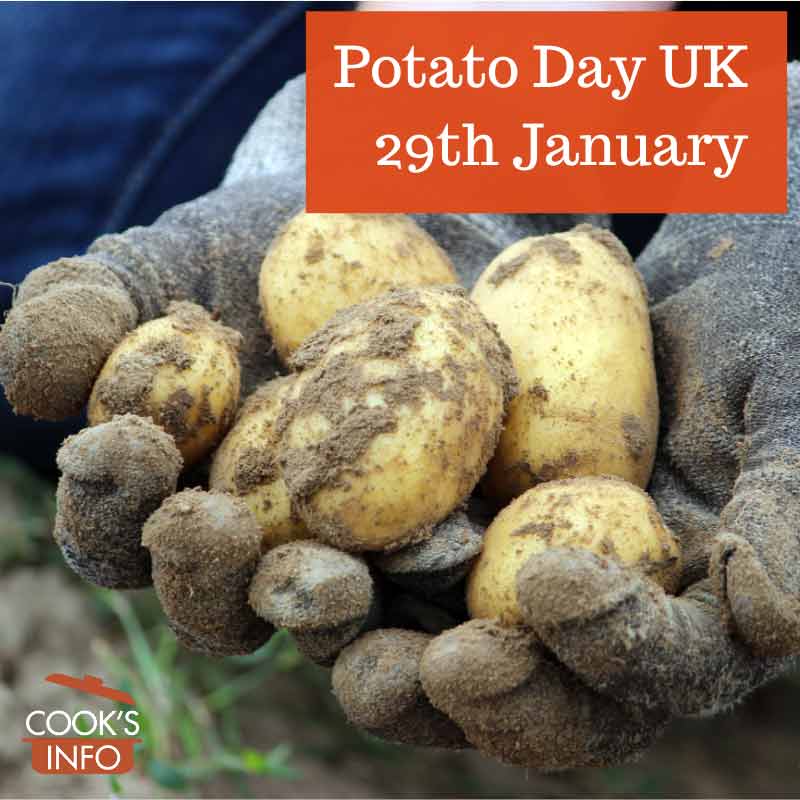 The 29th of January is Potato Day UK.

Potato Day started in 1994. In the UK, it is sponsored by the HDRA organic association and by the grocery store chain, Waitrose.

Talks are given about potatoes, and gardening. At some places in the UK, a greater variety of potatoes are for sale at markets and stores than you might normally see on offer.

Other Potato Days around the world:

Or, you could deem today to be Couch Potato Day, and just read about potatoes here on CooksInfo, where we have over 700 varieties listed and described. For instance, did you know, the two potato varieties which collapsed in the face of virus and caused the Irish potato famine were “Magnum Bonum” and “Champion“?

This web site generates income from affiliated links and ads at no cost to you to fund continued research · Information on this site is Copyright © 2023· Feel free to cite correctly, but copying whole pages for your website is content theft and will be DCMA'd.
Tagged With: Potatoes