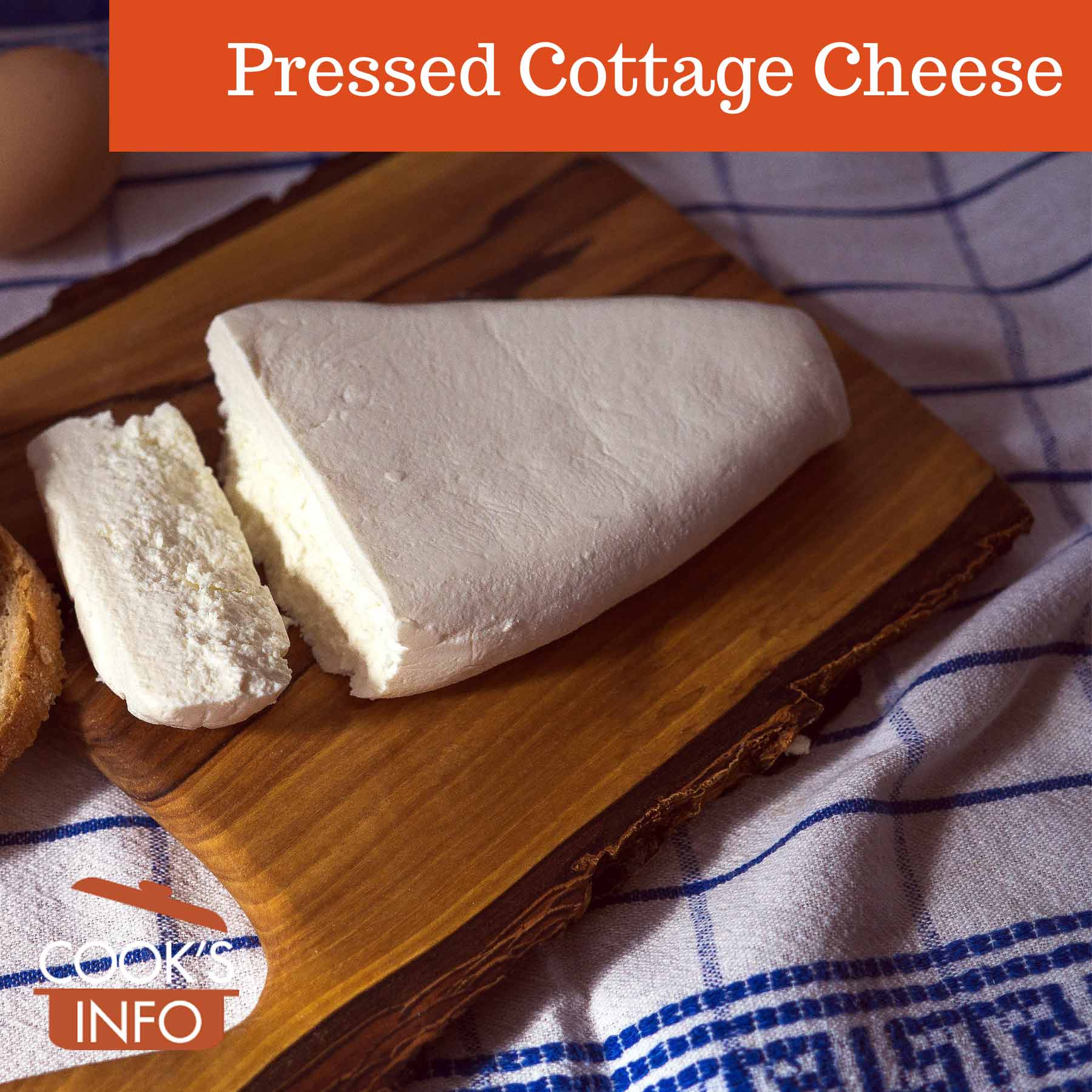 Pressed cottage cheese is a soft, unripened cheese with soft, white, dry curds. It is made from pasteurized skim milk that is curdled with an acid or rennet.

Other cottage cheese has milk added to it after the curd has been formed; pressed cottage cheese doesn’t, so the most its moisture content will be is a maximum of 80%.

There are several different types, varying usually slightly by % of moisture and fat content. Note that most but not all versions are low-fat. 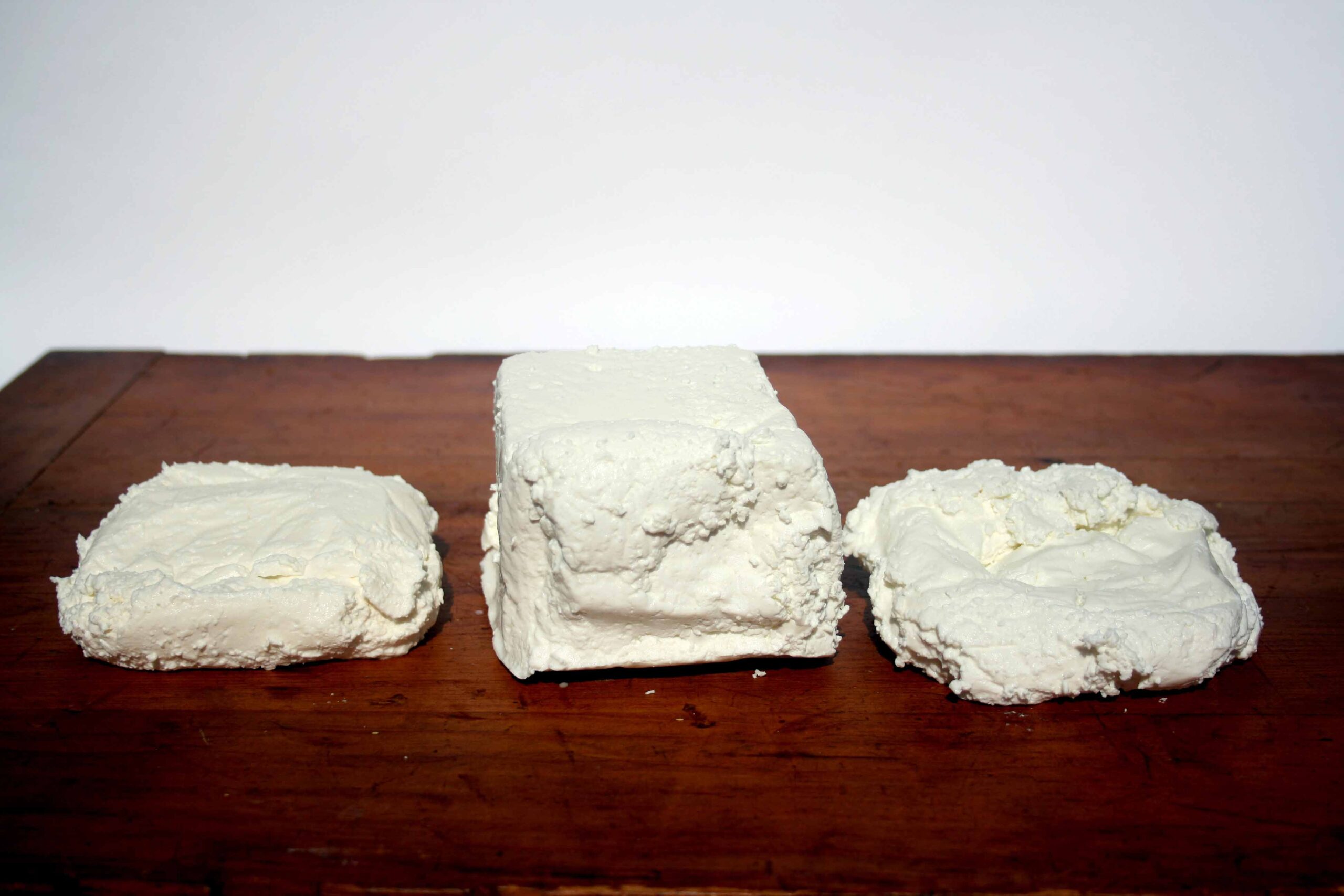 Pressed cottage cheeses freeze well, unlike other cottage cheese. After freezing, the consistency of the curd will be lighter and a bit drier. After thawing, use for cooking.