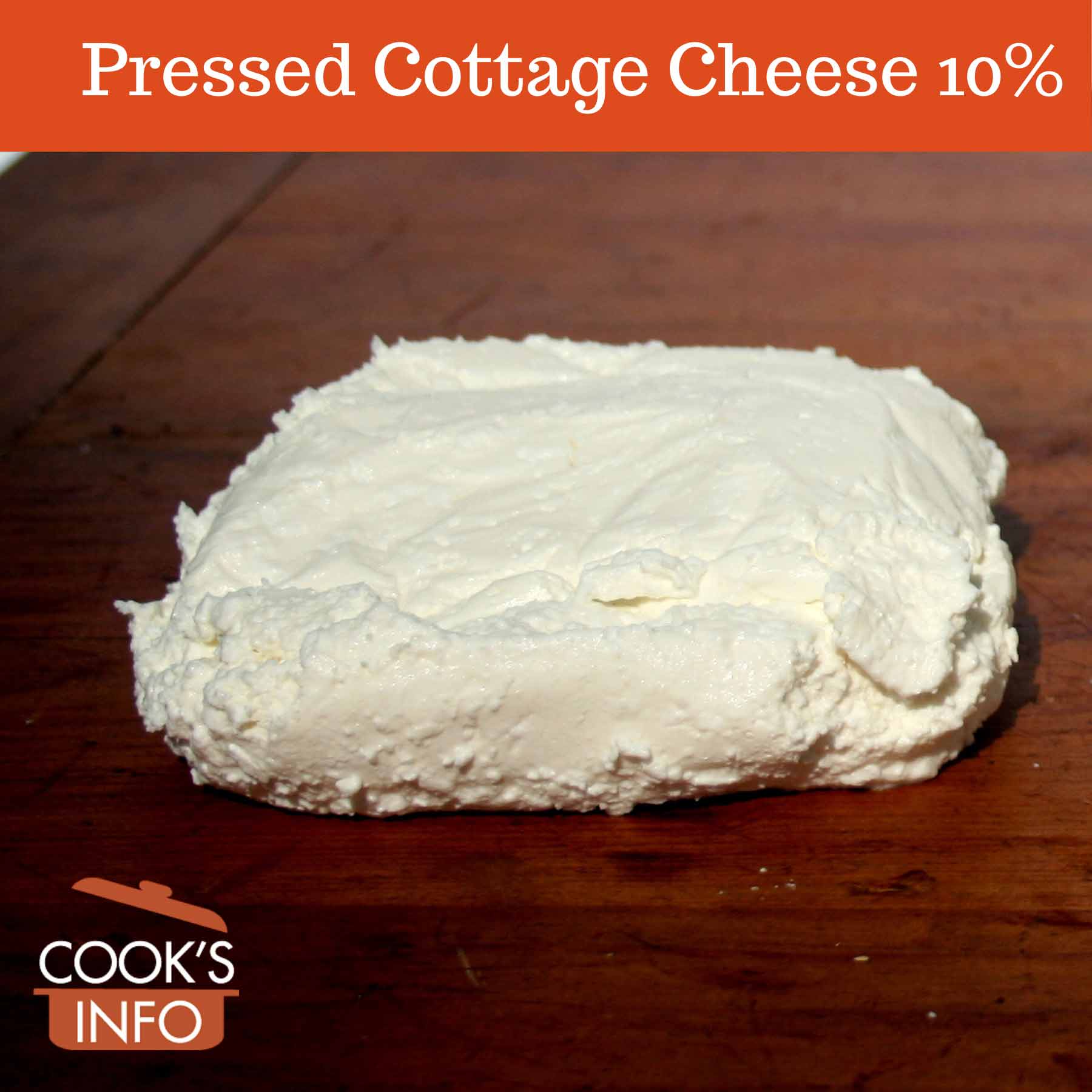 Pressed cottage cheese (10% MF) is a soft, unripened cheese with white curds. It is made from pasteurized skim milk that is curdled with an acid or rennet.

Other cottage cheese has milk added to it after the curd has been formed; this version doesn’t, so its moisture content is only 70%. The milk fat content of 10% is higher than that of other pressed cottage cheeses, which are normally .5%. 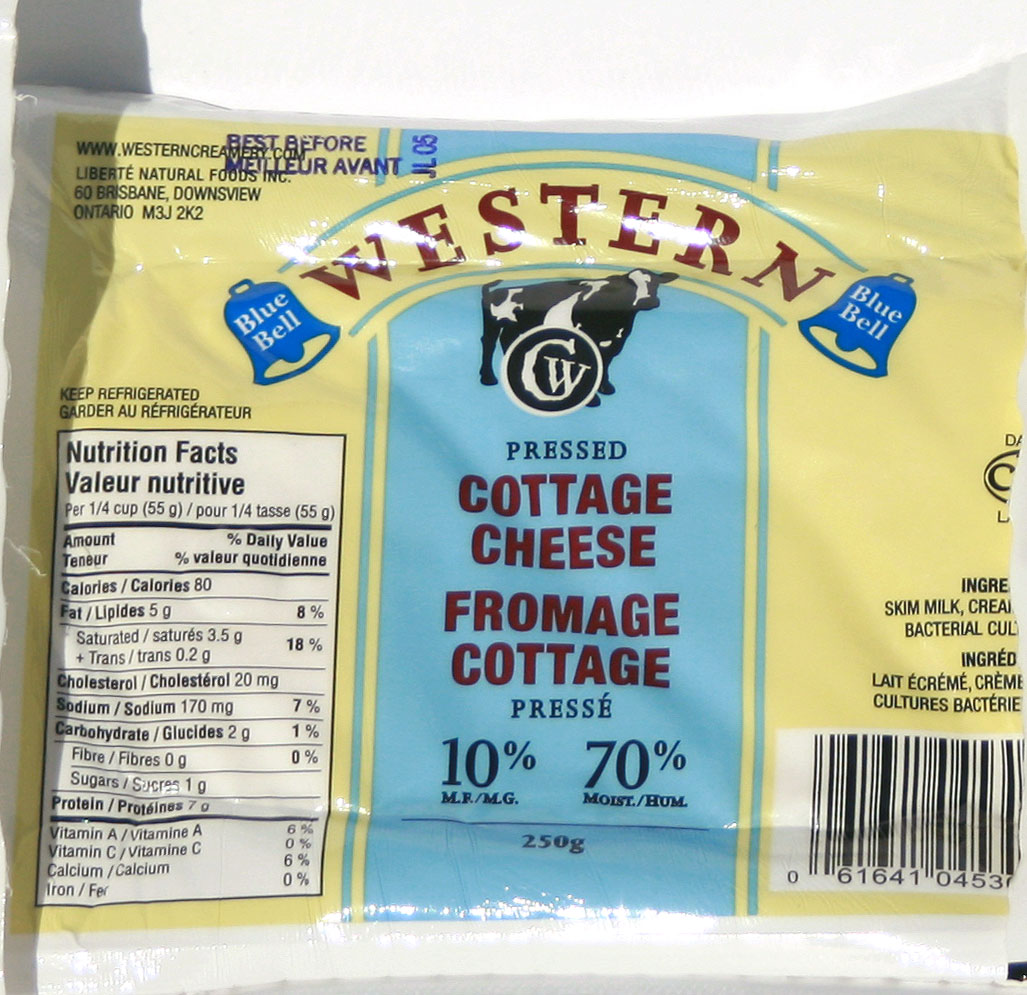 Ricotta, or a dryer version of Quark Cheese