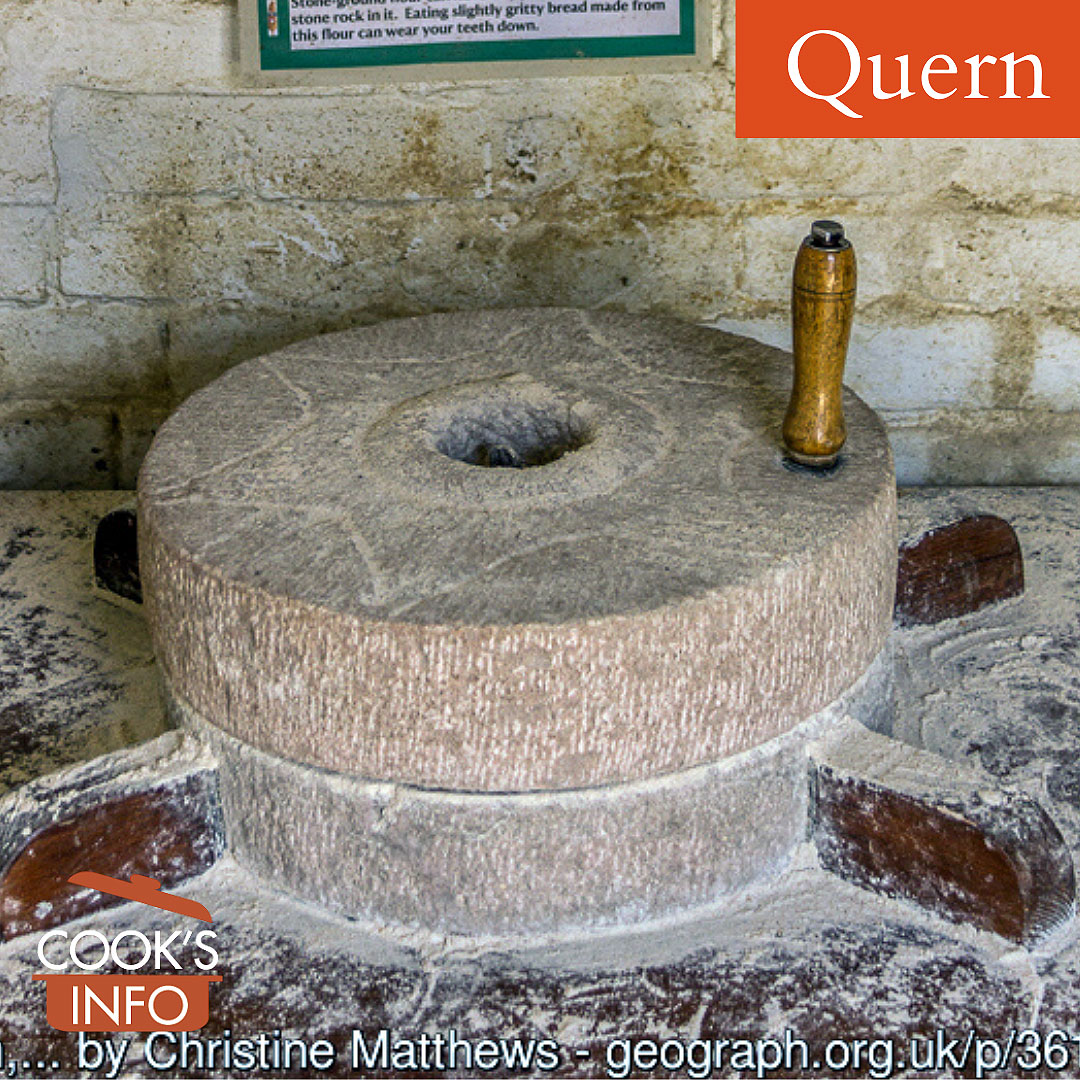 A quern is a hand-operated mill used to grind grain into a meal or flour.

A quern is round stone with a hole made all the way through it (a soft stone such as sandstone would be used.) At the top of this stone, a sloping depression (convex) all round leading to the hole would be made.

A top “hat”, also of stone, with a concave bottom that somewhat matched inversely the depression in the main stone so that the two fit together, had a hole in it, with a wooden handle attached.

Querns could be more or less primitive, depending on the skill of the craftsman and the tools available to him in his area and in his time.

You put the top on, put a small amount of grain in through the hole in the top, and turned the top using the wooden handle. The main, bottom stone stayed stationary, only the top one turned. This would grind the grain between the two rocks, and the meal would come out the bottom of the main stone.

You needed hours to produce a decent amount of flour.  If you had 12 people in your family, someone would have to take up to 4 hours grinding enough flour or meal to make bread for them for that day alone.

Some, called “beehive” querns, would have you essentially just turn the bottom part instead on a flat stone surface, and the meal would come out the side.

Much fine stone dust came out with the meal and flour. This stone dust, we know from skeletons, quickly wore down the enamel on teeth, leading inevitably to dental pain.

The Ancient Greeks used querns. Querns were introduced by Celts from Europe into England during the 1st century AD (though some feel that querns had already been used in the England, in areas such as south Yorkshire, since the Iron Age.)

Most homes had a quern up until the 1300s. Starting roughly in the Middle Ages, some landowners (who owned the land the peasants farmed on) seized quern stones, in an effect to make them grind their grain at his mills, for which he got a cut (this cut was called “multure”.) Even monks seized quern stones from peasants who rented their lands from them. In Cirencester, England, even the Abbot of St Alban’s Abbey seized querns from the local farmers and used them to pave the floor of his abbey. In 1381, though, the peasants revolted and ripped the querns out of the floor. Eventually, they took their case to the courts, which decided in favour of the Abbey.

By the start of the 1400s, many landowners, both secular and ecclesiastical, had managed to make querns a rare, forbidden item.

Querns survived none-the-less in some parts of Scotland up until the mid 1800s. 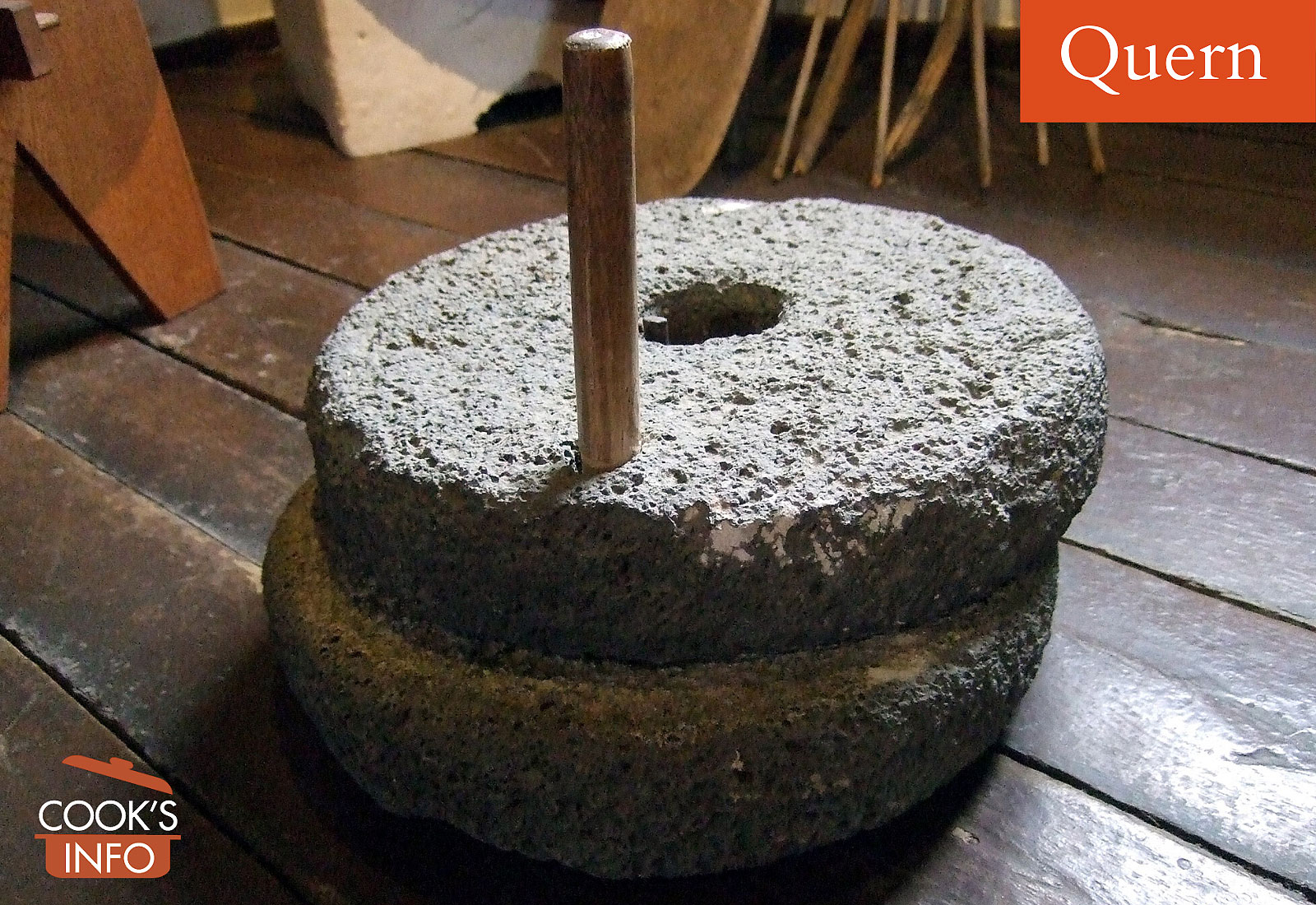 This web site generates income from affiliated links and ads at no cost to you to fund continued research · Information on this site is Copyright © 2022· Feel free to cite correctly, but copying whole pages for your website is content theft and will be DCMA'd.
Tagged With: Stone Ground Flour