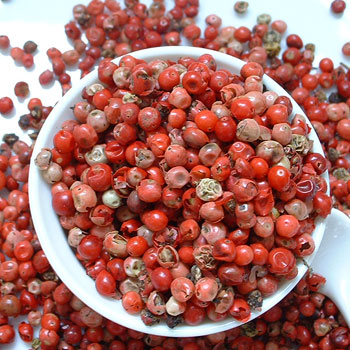 They are Green Peppercorns which have been allowed to fully ripen to being red, but which haven’t been fermented to turn them black.

Some Red Peppercorns are a lighter colour and appear pink.

That being said, a spice called “Pink Peppercorn” isn’t always actually Peppercorn at all; it is a berry with a pepper-like flavour, but from a different plant altogether. Despite being an imposter name-wise, this particular spice is very expensive.