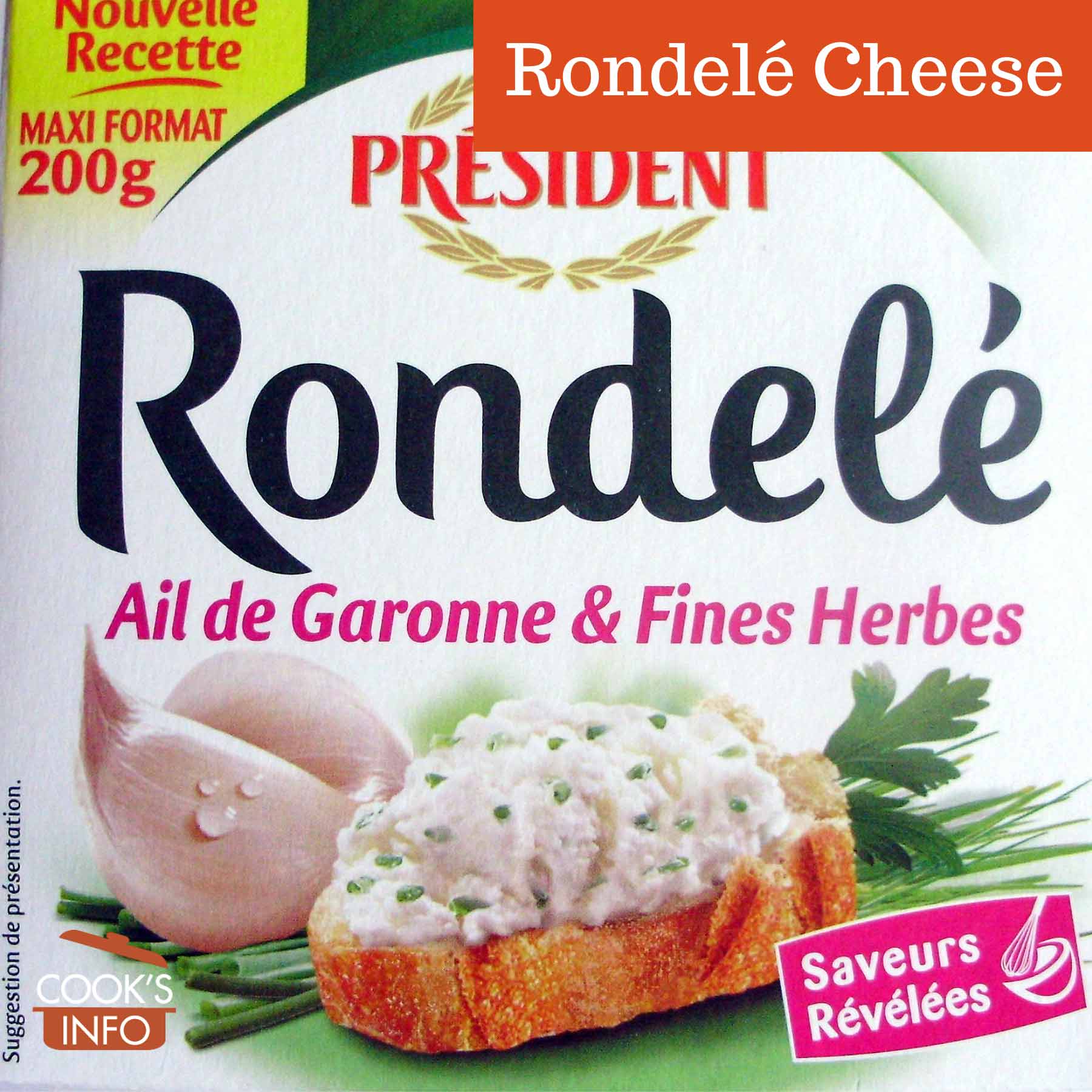 Rondelé® cheese is an American version of Boursin, made in Merrill, Wisconsin.

It is a smooth, spreadable cream cheese that comes in many flavours and with varying fat content.

Despite Rondelé’s French-sounding name, and being owned by a French company, it is indeed an American cheese with American origins.

The cheese was created by Claude Bourguignon, originally from Montreal, in Merrill, Wisconsin in the 1970s. In 1990, the company was sold to Kraft:

“Claude Bourguignon, who originated from Montreal, Canada… came to the USA at a young age… IN THE 1970’S Claude and his business partners purchased a cheddar plant in Merrill, WI where they began to produce an innovative cheese called Rondelé®, a French-style spreadable cheese. After years of success, they sold ANCO to Kraft Foods in 1990.” [1]Accessed January 2022 at https://rondeleranch.com/about/

In 1995, Kraft sold the Rondelé brand to Waterbury Holdings of Vermont:

“The Merrill plant, which manufactures Rondelé-brand cheese, currently employs 42 people. The plant is located at 8100 Highway K South. “Although cheese remains an important for category for us, the Rondelé brand has not lived up to our expectations for growth and return on investment,” Kraft Chairman and Chief Executive Officer Robert S. Morrison said…. The [Waterbury] company plans to put additional equipment in the present 53,000-square-foot facility.” — Hillman, Fred. Vermont buyer could add jobs. Wausau, Wisconsin: Wausau Daily Herald. Friday, 17 November 1995. Page 3A, col. 5.

In February 2005, the company was sold to Groupe Lactalis of France, who began making the cheese under its Président cheese label, which had entered the United States in 1995.

Rondelé is a name that the marketing people came up with.

This web site generates income from affiliated links and ads at no cost to you to fund continued research · Information on this site is Copyright © 2023· Feel free to cite correctly, but copying whole pages for your website is content theft and will be DCMA'd.
Tagged With: American Cheeses, American Food