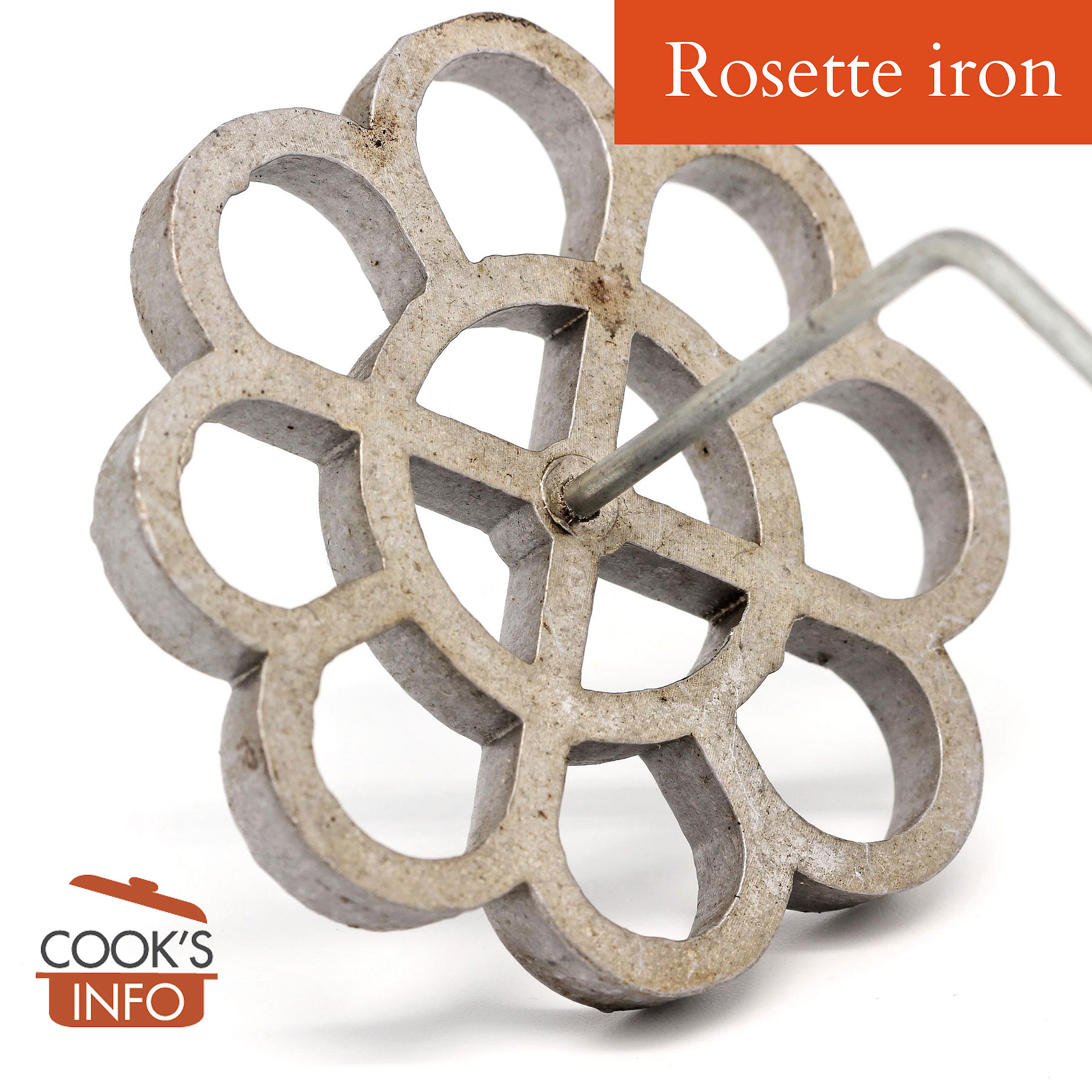 A rosette iron is a metal rod with a heat-proof handle. At the other end of the metal rod, you screw patterned, open moulds onto.

The patterned moulds are referred to variously as moulds, irons and patterns. They all tend to be quite decorative.

They are used to make the fried dessert known as rosettes with.

You can buy the rod and handle, and then buy the choice of patterns you want, or, you can buy kits which include the handle plus several patterns, usually one of which is a shell mould called a “timbale mould.”

The timbale moulds, sometimes called a “patty shell mould”, come with sides that have either plain or fluted sides. Their shape varies from round to square to seashell or fish shaped.

Typical pattern shapes for the other moulds include a butterfly, a heart, a flower, and one which is circular and has what looks like a Celtic cross in it.

For Christmas, shapes include stars, bells, trees, Santas, angels, and snowflakes. For Easter, there are shapes such as bunny, egg, and rabbit; for Hallowe’en, pumpkins, bats and spiders. 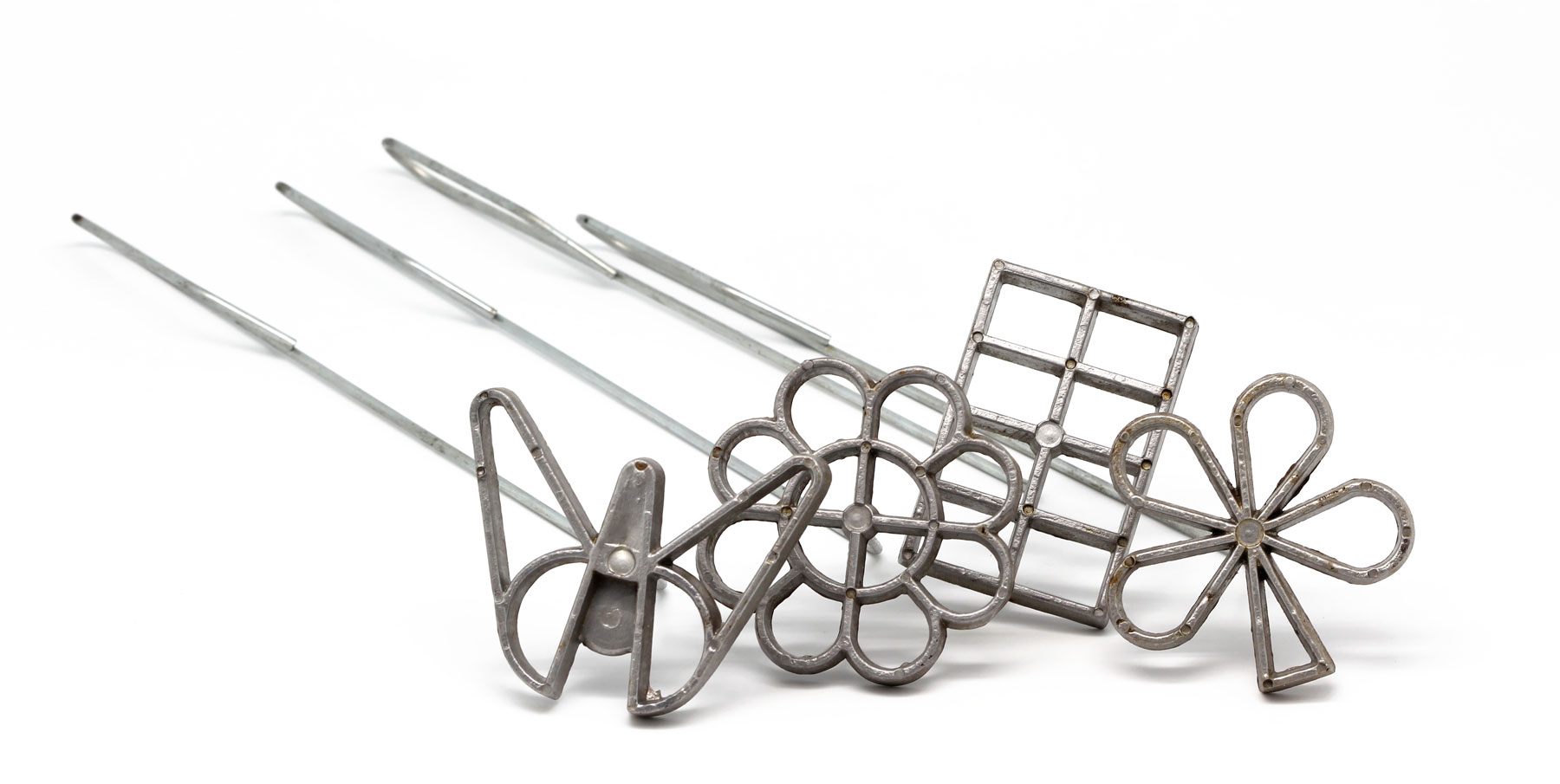 The moulds are generally made from cast aluminum alloy.

Some rosette irons have twin rods on them coming out from the handle, to which you can attach two irons, so you can make two rosettes at a time. If you don’t feel up to handling two at a time at first, you can always just unscrew the mould from one of the rods, and just use the single mould on the other one. 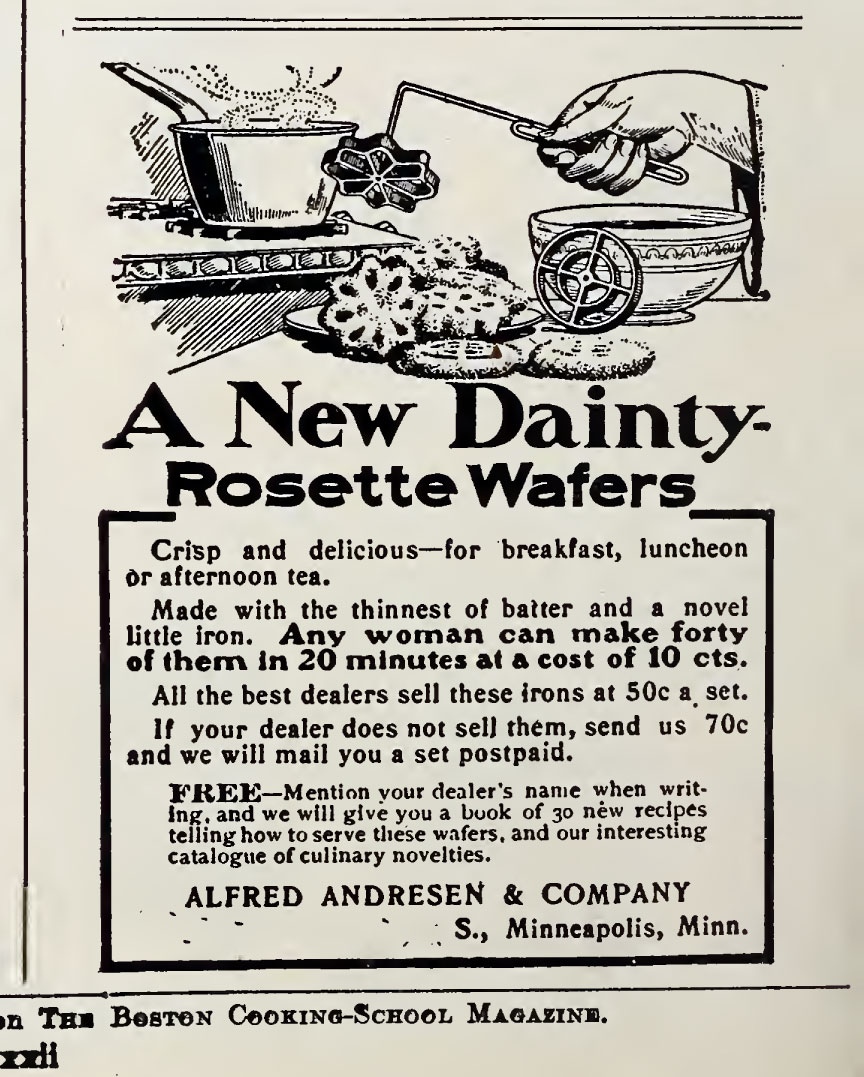 This web site generates income from affiliated links and ads at no cost to you to fund continued research · Information on this site is Copyright © 2023· Feel free to cite correctly, but copying whole pages for your website is content theft and will be DCMA'd.
Tagged With: Moulds