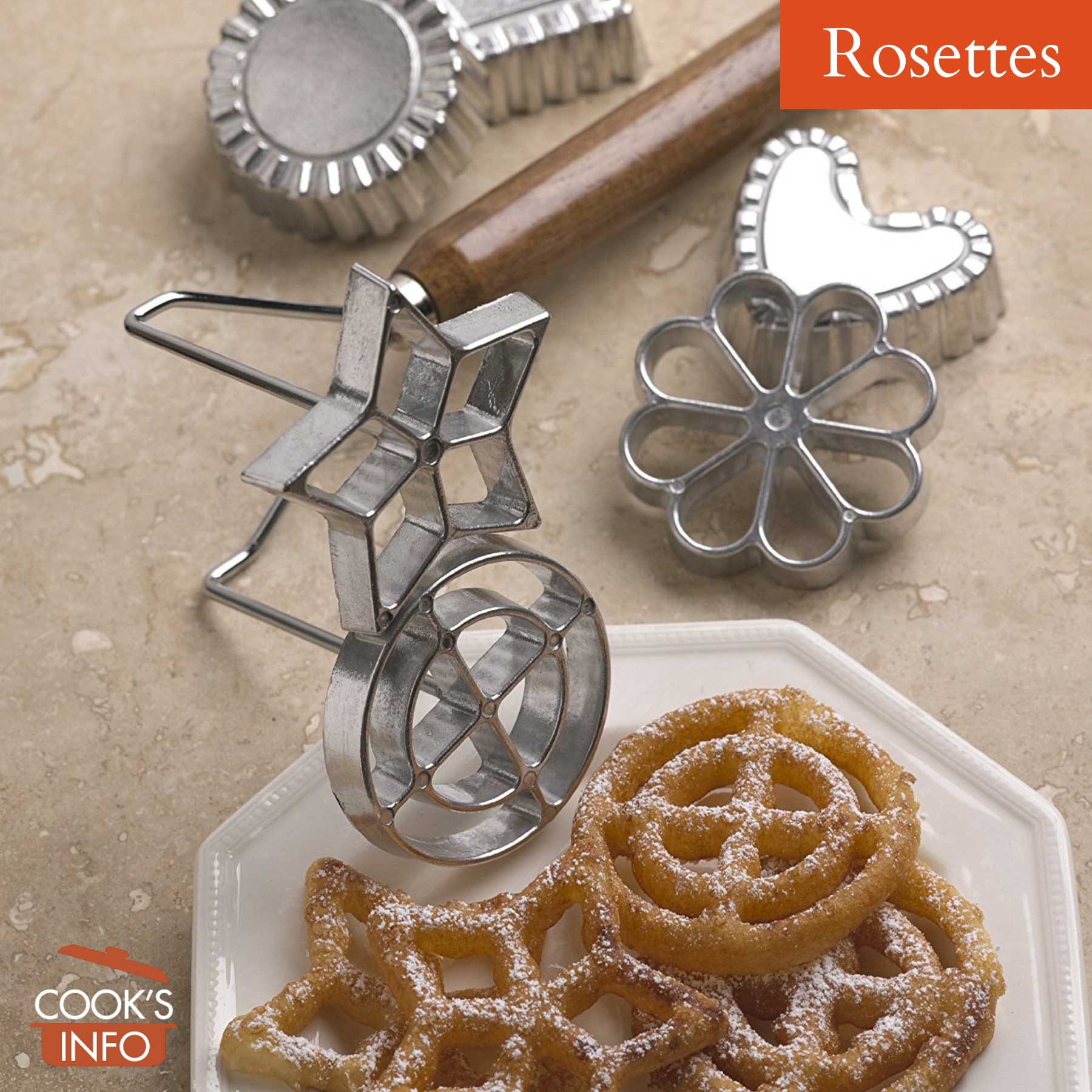 Rosettes are a flat, shaped pastry made in Sweden and Norway from a thin batter.

The pastries, about 10 cm (4 inches) wide, are deep-fried, drained, and sprinkled with cinnamon and sugar. They come out crispy, lacy, sweet and satisfyingly greasy.

You need a rosette iron to make them with.

The batter is made of sugar, salt, white flour, milk, and vanilla. Many cooks like to refrigerate the batter for 30 minutes after mixing it before proceeding further.

The frying oil needs to be in the range of 180 to 190 C (350 to 375 F). When the oil is hot, you put the patterned end of a rosette iron into the oil by itself (no batter on it) for about 2 minutes to heat the pattern mould. You then lift it out of the oil, hold it there for a few seconds to allow excess oil to drain off, then push the mould of the rosette iron slowly down into the batter until the batter is about 1/2 cm (1/4 inch) from the top of the pattern. Then you transfer the mould immediately into the hot oil. (Don’t let the batter go onto the top of the mould, or you will have a hard time getting the finished rosette off later.)

Hold the mould in the hot oil, and let the batter cook for 30 seconds to 1 minute, or until golden.

Have a pair of tongs handy, so that if the rosette falls off the iron into the oil, you can retrieve it before it burns.

Lift the rosette iron out of the oil. Tip it upside down to drain oil for a few seconds, then with a fork, push the rosette off onto paper towel or brown paper to drain (you may be able to detach it with 1 or 2 gentle shakes.)

Reheat the iron for 1 minute before repeating (some people like to have two irons on the go, with one reheating while the other is being used to cook.)

Stir the batter from time to time.

When all rosettes are cooked, sprinkle with icing sugar or granulated sugar and (optionally) cinnamon. Or, sprinkle them with salt and use as a snack.

If you want to serve them warm, stack them as you make them with layers of paper towel between them, and place in a lukewarm oven as you go along.

You can make shell rosettes using the “timbale shell” mould that can be filled with savoury fillings, or with ice cream, sherbet, fruit salad, pudding, custard, etc. for dessert.

If your rosettes don’t come out crisp, your batter may be too thick (thin it with milk or water.)

If the batter doesn’t stick to your mould when you dip it in the batter, then the mould is not hot enough.

Rosettes will store in a sealed tin for 8 to 10 days, or you can freeze them for up to 2 months. Tt should only take 15 to 30 minutes for them to thaw at room temperature. When freezing, sprinkle the sugar on them only after you have thawed them completely. 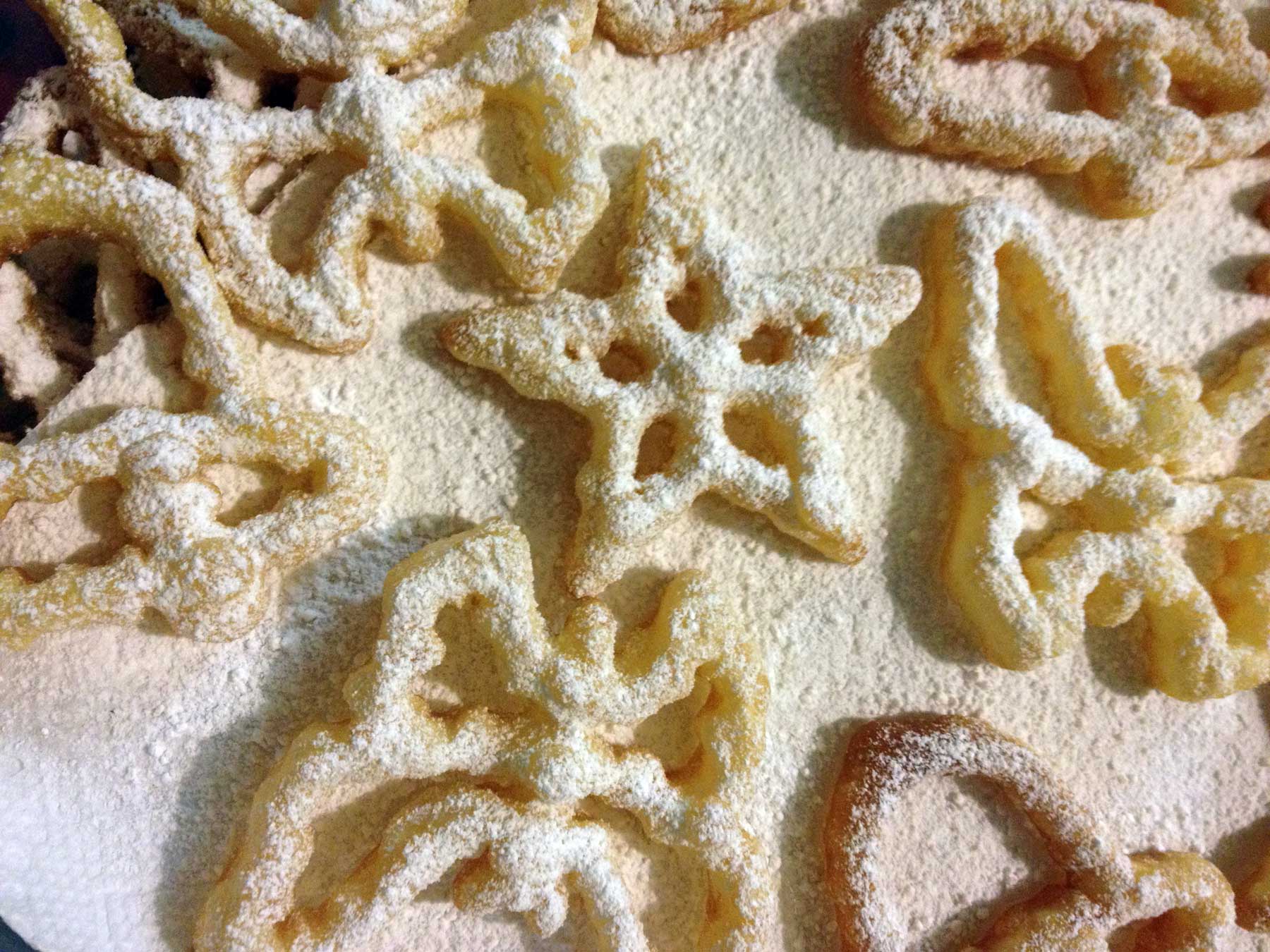