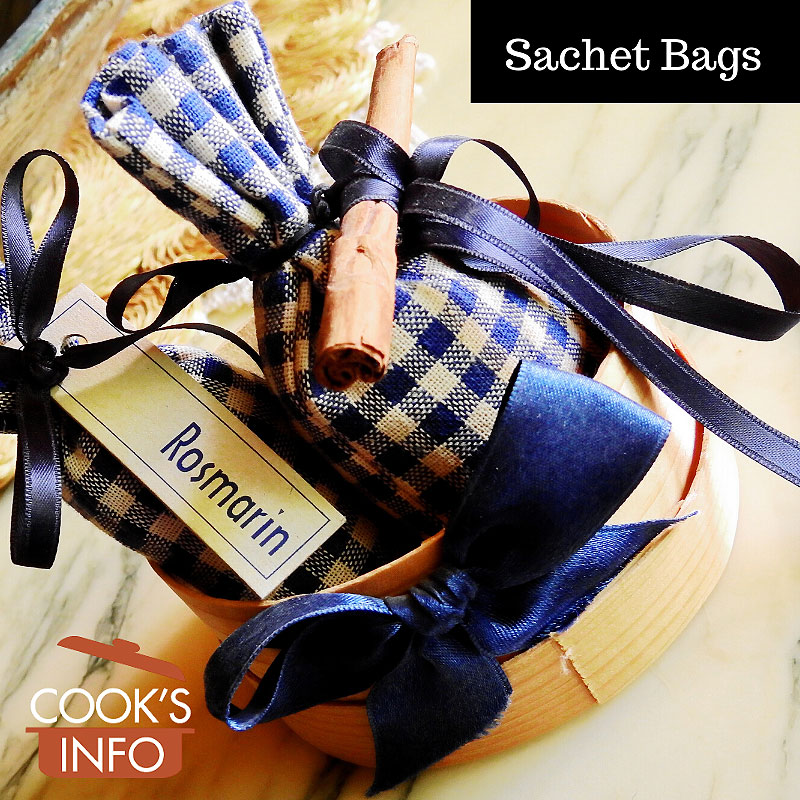 In cooking terms, a sachet bag is a small bag made out of loosely-woven cloth such as cheesecloth, filled with herbs and other flavouring items.

You toss a sachet bag into the soup, sauce or stew that you are cooking, then remove it at the end of cooking and discard.

It saves having to hunt down and fish out bits of inedible ingredients such as dried rosemary and bay leaves, and allows you to flavour clear broths that you don’t otherwise want things floating in.

Sachet bags are ideal for herbs and spices such as bay leaves, cloves, whole peppercorns, and dried rosemary.

You can buy commercially prepared sachet bags that look like tea bags, but have herbs in them instead.

Put your flavouring items into a square of cheesecloth, and tie it up with string, then toss it in the pot. Remove at end of cooking, and discard (depending on where you are, you may be able to put it in the compost.)

You can use a large tea ball instead, if you trust the one you have not to come open during cooking.

This web site generates income from affiliated links and ads at no cost to you to fund continued research · Information on this site is Copyright © 2022· Feel free to cite correctly, but copying whole pages for your website is content theft and will be DCMA'd.
Tagged With: Bags, Herbs