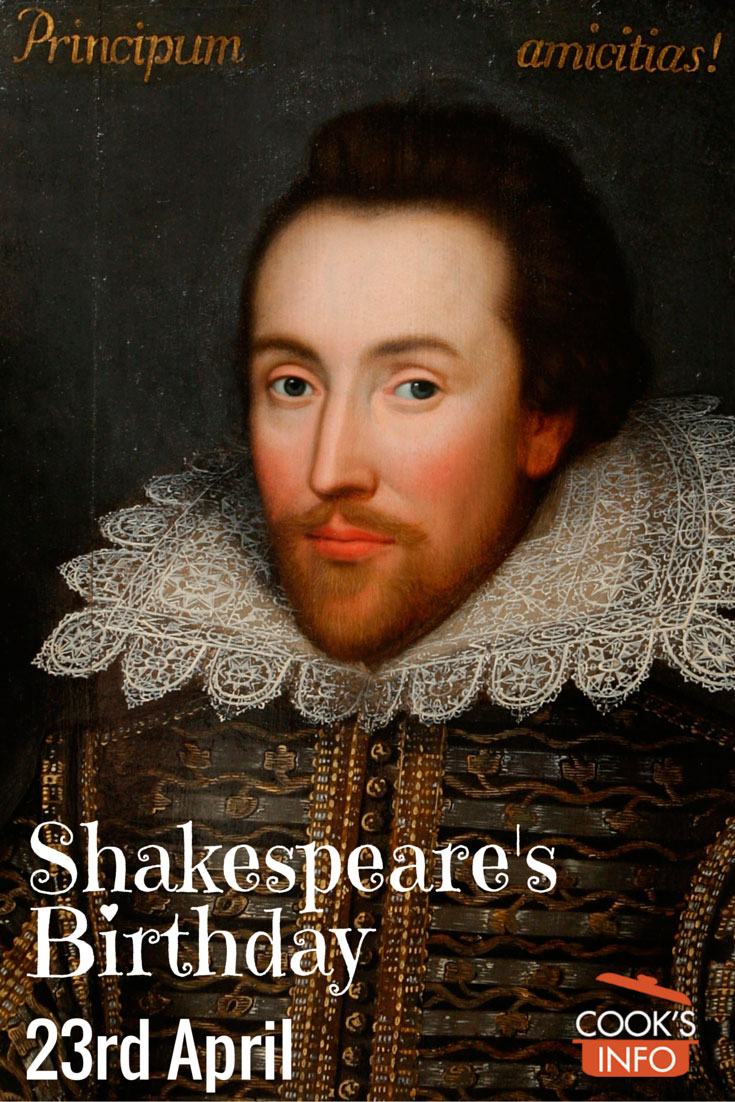 The works of Shakespeare are full of food. One aspect of Shakespeare’s magic was to capture ordinary moments of life. A great deal of this is food, and Shakespeare had his feet on the ground enough to both know that and show his love of food in his writings.

There are hundreds if not thousands of quotes from Shakespeare about food, such as:

There are entire books, both scholarly books and cookbooks, examining food in Shakespeare.

Here is one of the more comic moments centred entirely on food written by Shakespeare. In this scene, from “The Taming of the Shrew ” (Act 4, Scene 3), Kate is refusing to eat to spite her husband, but wants to eat on the sly without his knowing it.

KATHERINA.
The more my wrong, the more his spite appears.
What, did he marry me to famish me?
Beggars that come unto my father’s door
Upon entreaty have a present alms;
If not, elsewhere they meet with charity;
But I, who never knew how to entreat,
Nor never needed that I should entreat,
Am starv’d for meat, giddy for lack of sleep;
With oaths kept waking, and with brawling fed.
And that which spites me more than all these wants,
He does it under name of perfect love;
As who should say, if I should sleep or eat
‘Twere deadly sickness, or else present death.
I prithee go and get me some repast;
I care not what, so it be wholesome food.

GRUMIO.
What say you to a neat’s foot?

KATHERINA.
‘Tis passing good; I prithee let me have it.

GRUMIO.
I fear it is too choleric a meat.
How say you to a fat tripe finely broil’d?

KATHERINA.
I like it well; good Grumio, fetch it me.

GRUMIO.
I cannot tell; I fear ’tis choleric.
What say you to a piece of beef and mustard?

KATHERINA.
A dish that I do love to feed upon.

GRUMIO.
Ay, but the mustard is too hot a little.

KATHERINA.
Why then the beef, and let the mustard rest.

GRUMIO.
Nay, then I will not: you shall have the mustard,
Or else you get no beef of Grumio.

KATHERINA.
Then both, or one, or anything thou wilt.

GRUMIO.
Why then the mustard without the beef. 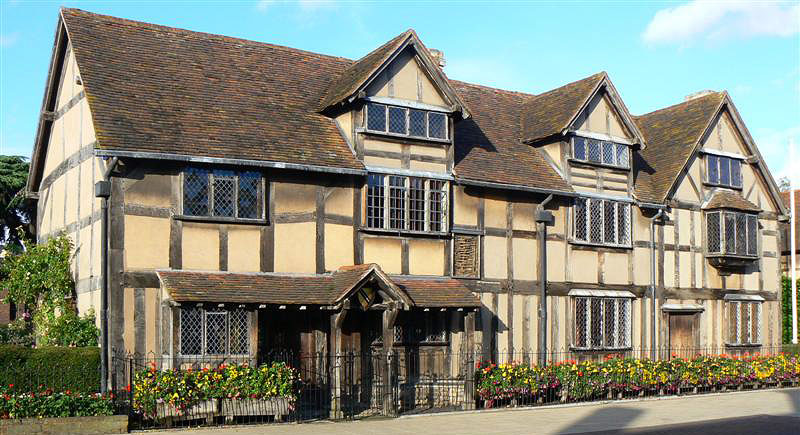 The house that William Shakespeare is presumed born in, Stratford upon Avon, England. © user: John jlcwalker / Flickr / 2007 / CC BY 2.0

“Though no birth records exist, church records indicate that a William Shakespeare was baptized at Holy Trinity Church in Stratford-upon-Avon on April 26, 1564. From this, it is believed he was born on or near April 23, 1564, and this is the date scholars acknowledge as William Shakespeare’s birthday.” [1] William Shakespeare Biography. Accessed 21 April 2016 at ‘http://www.biography.com/people/william-shakespeare-9480323