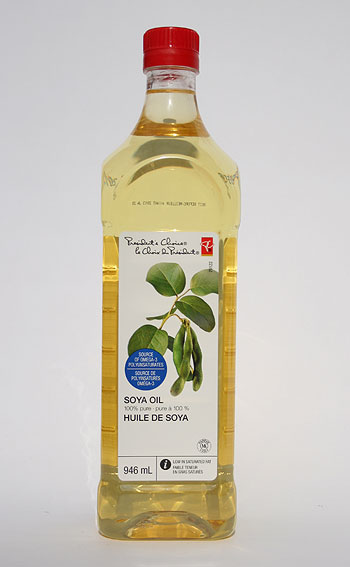 Soya Oil (aka Soy Oil, Soybean Oil) is a pale yellowish-coloured food oil pressed from Soybeans. It has hardly any flavour, but many people find that even that is too much, giving as it does a slightly soybean aftertaste.

Soya Oil is low in unsaturated fat, but not as low as Canola or Olive Oil. Rich in Vitamin E.

Soya Oil doesn’t store very well long term, as it has an enzyme which breaks down the fats overtime. Keep refrigerated.