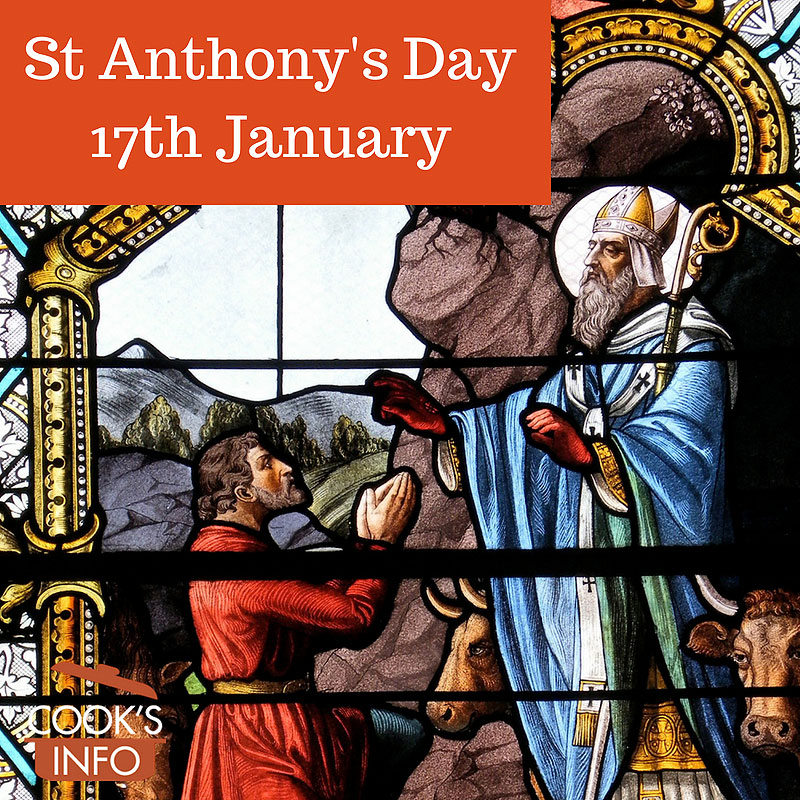 He was born at Coma, near Heracleopolis Magna in Fayum, and died at Mount Colzim. He gave all his property away and lived as a hermit to the ripe old age of nearly 105.

There appears to be no obvious reason why he was a patron saint of butchers. But, he’s also considered the Patron Saint of Pig Farmers, and as such is often depicted with a pig at his side.

Apparently even that part is all just a misunderstanding, though. The speculation is that he was pictured with pigs because St Anthony did some healing, and pork fat was often used as an ointment.

He is not the same as St Anthony of Padua.

Bonus info: did you know that both Clarissa Dickson Wright, of Two Fat Ladies fame, and Elizabeth, the Queen Mother were guild butchers in England?

This web site generates income from affiliated links and ads at no cost to you to fund continued research · Information on this site is Copyright © 2022· Feel free to cite correctly, but copying whole pages for your website is content theft and will be DCMA'd.
Tagged With: Meat, Saints