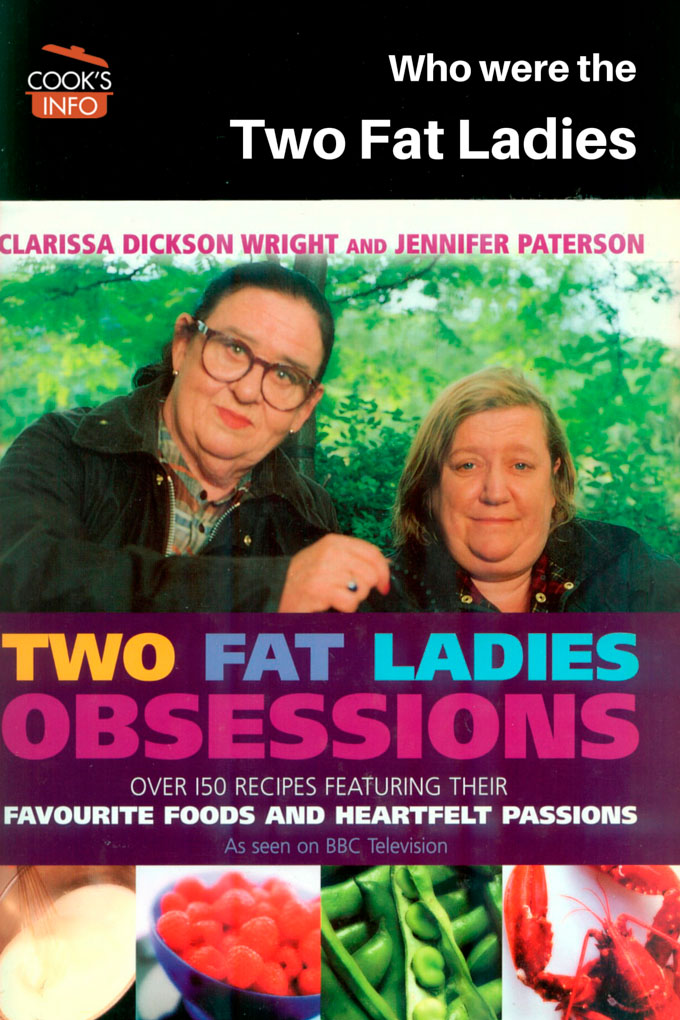 Two Fat Ladies was a television cooking programme that ran on BBC2 from 1996 to 1999 inclusive.

The two stars, Clarissa Dickson-Wright and Jennifer Paterson, did not know each other before the series. They had met only once, at a party in Tuscany, Italy in 1991. They were brought together by a BBC2 producer, Patricia Llewellyn.

In the series, the two travelled throughout the English countryside, and took over kitchens and cooked for people. There was butter, cream, lard, bacon, red meat, salt and offal everywhere. They journeyed in a Triumph Thunderbird 900cc: Jennifer drove, Clarissa sat in the sidecar.

The two did not get wealthy from the series. BBC did not pay them repeat fees because though the series was organized and commissioned by BBC and shown by BBC, it was actually made by an independent company.

Books by The Two Fat Ladies

This web site generates income from affiliated links and ads at no cost to you to fund continued research · Information on this site is Copyright © 2023· Feel free to cite correctly, but copying whole pages for your website is content theft and will be DCMA'd.
Tagged With: British Food