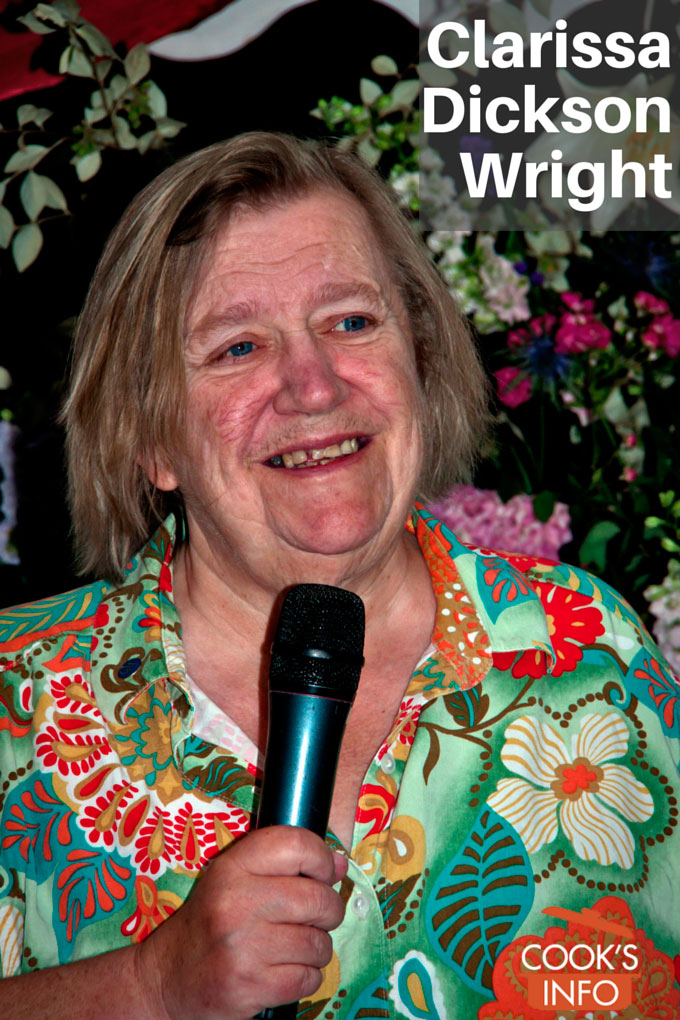 Towards the end of her life, she lived in Musselburgh, Scotland, east of Edinburgh.

Besides being a TV personality, Dickson Wright was also a food historian, a scholar and an archivist. She was a guild butcher (only one of two women in England: the other one was the Queen Mum, whose position passed in 2003 to Princess Anne.) She was a devoted Roman Catholic, and a forceful speaker, owing to her training as a lawyer. She spoke Spanish and hated carrots.

She was also been a regular on Curious Cooks for BBC Radio 4, a contributor to British House & Garden, and a weekly columnist for Scotland on Sunday.

The “Two Fat Ladies” series did not make her wealthy. She did not get repeat fees from BBC on rebroadcasts of Two Fat Ladies because, though it was shown on BBC, it was actually made by an independent company.

Her father, a Protestant, was Arthur Dickson-Wright (1897 – 1976.) He was a surgeon (MS FRCS Hon. FRCSI DTM&H) who practised at the Royal Free Hospital on Pond Street in London. Among his patients were T.E. Lawrence and the Queen Mum. Her mother, a Catholic, was Molly Bath, an Australian heiress.

Clarissa was educated at Sacred Heart Convent in Hove. She was accepted at Oxford, but her father would only pay for her studying there if she studied medicine. She refused his conditions, and went instead to University College London to study law. In 1968, at the age of 21, she was called to the bar at Gray’s Inn. In the same year, her father left her mother.

Clarissa practised law for a bit, then ran a catering business called “Clarissa’s Company”, during which she cooked on a yacht and at a London club.

“I believe in bankruptcy: it gives you the chance to sort things out.” — Clarissa Dickson Wright. London: Daily Telegraph. 10 October 2003.

“…These dishes can, of course, also be done with prawns, or with the cheaper, frozen Canadian Lobster, which is finding its way more and more into the shops in this country. You can always tell a Canadian Lobster because its head is a different colour red, a more brick red, and it has a triangular shape rather like an old flinthead arrow. If people try to sell these to you as British Lobsters, get extremely stroppy with them indeed, because they are not the same thing and should not be charged at the same price.” — Clarissa Dickson Wright, “Two Fat Ladies Obsessions”, 1999.