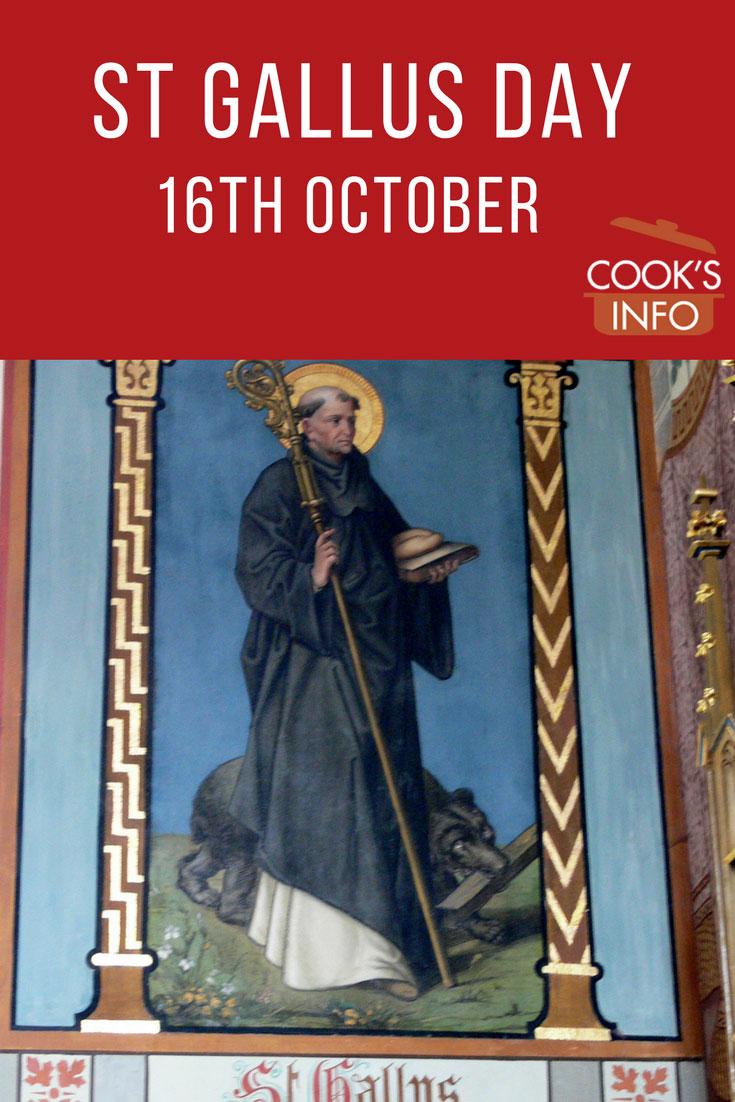 The 16th of October is the feast day of St Gallus.

Many agricultural traditions were centred on St Gallus Day: 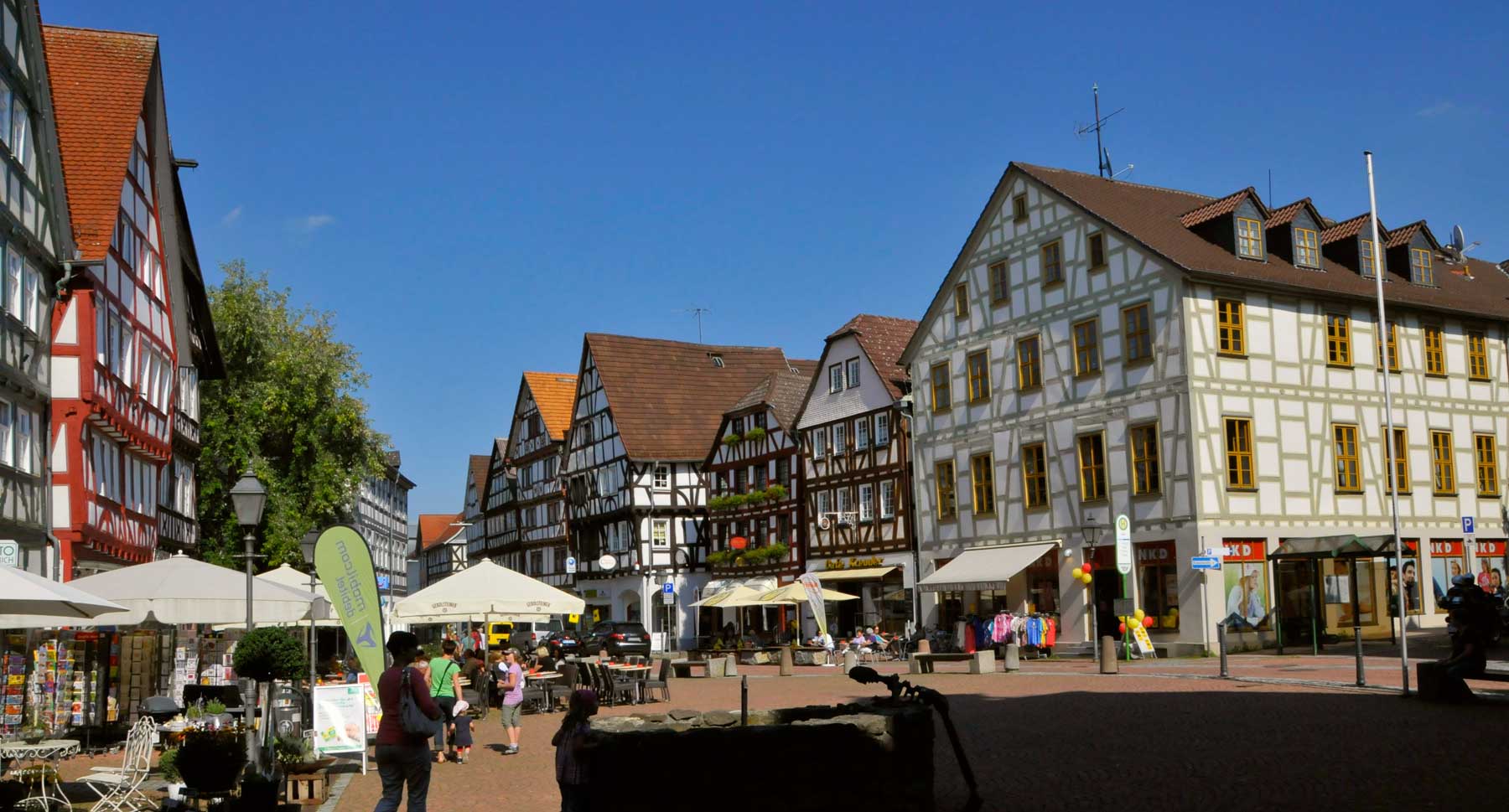 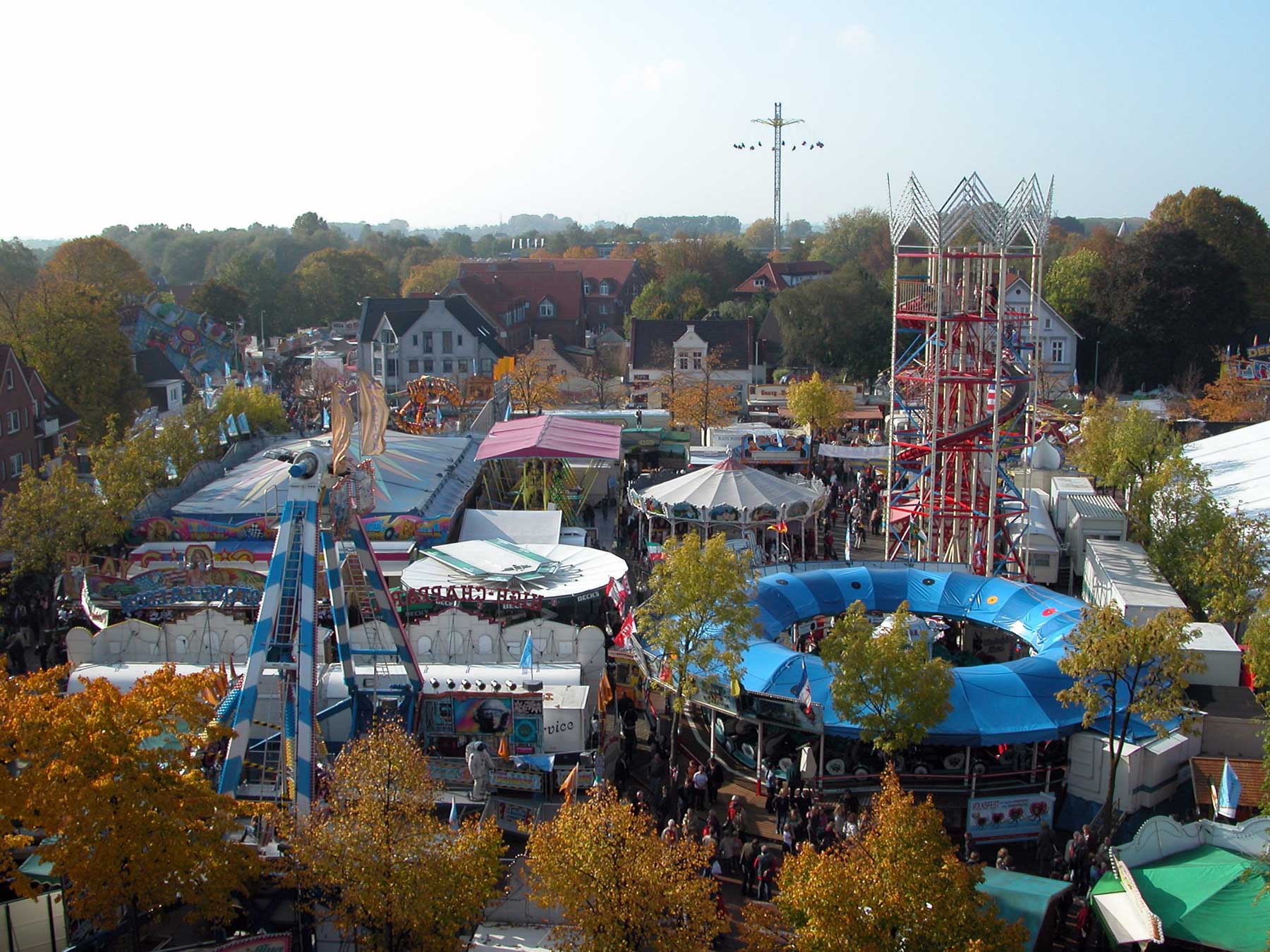 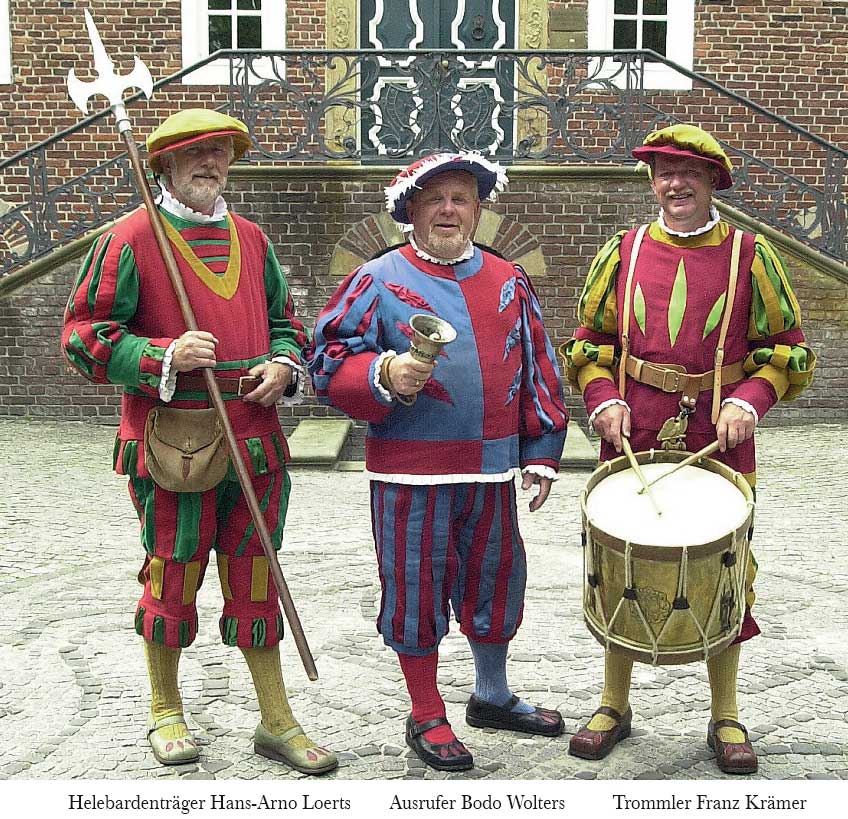 Saint Gallus (c. 550 – c. 646) is also known as Saint Gall. He was born in Ireland. He travelled with Saint Columbanus from Ireland to what is now the Arbon area of Switzerland, ½ hour north of Appenzell where Appenzeller Cheese now comes from. The Canton of St Gallen there is named after him.

He spent the rest of his life there.

There are many fanciful legends about his life. He is pictured with a bear that legend said he tamed.

Despite being an “Irish / Swiss” saint, he is very popular in Germany. 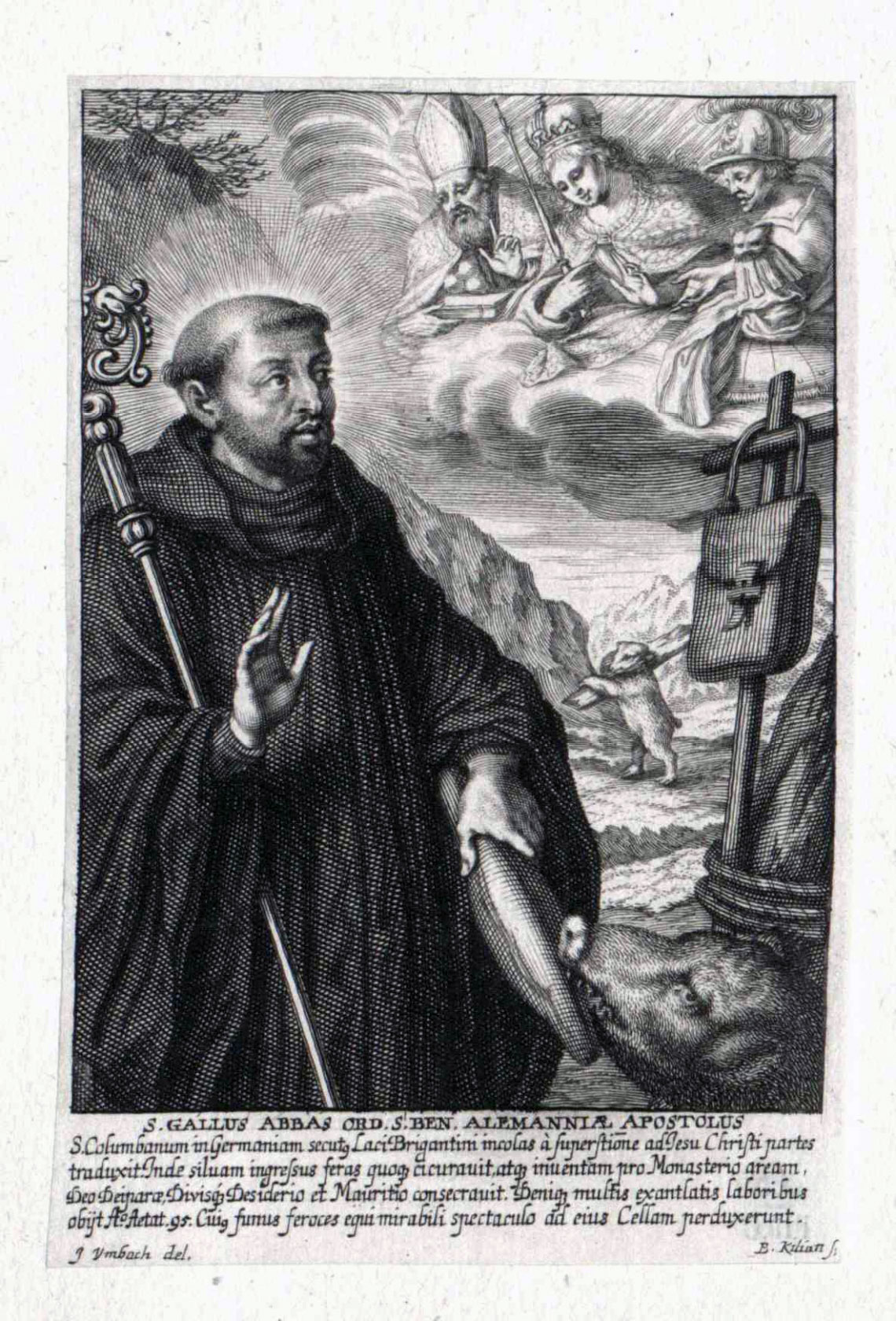