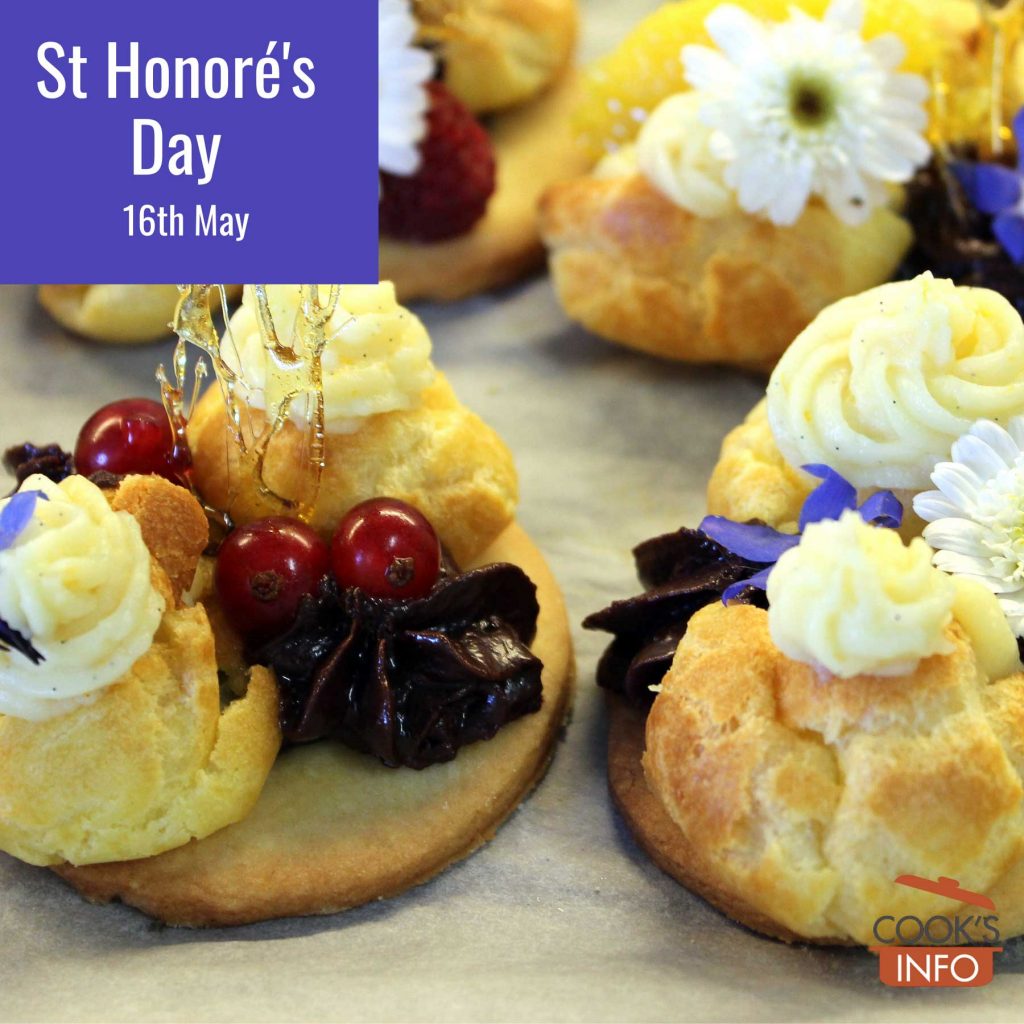 An elaborate version of the small pastries named in honour of St-Honoré. mareneinfeldt / pixabay.com / 2015 / CC0 1.0

His symbol is a baker’s peel.

He was born in Port-le-Grand, Ponthieu in Amiens, France, where he later became the Bishop.

During his life, natural disasters which would have otherwise affected millers and bakers bypassed them miraculously, and Honoré was given the credit. He died sometime around 600 AD. Miracles occurred at his tomb. A chapel (no longer extant) was built in his honour in 1204 by a baker in Paris.

In France, the 16th of May is now celebrated as well as “la fête du pain”, to celebrate artisanal-made bread.

His name is on the gate in Paris leading into Faubourg and rue Saint Honoré. 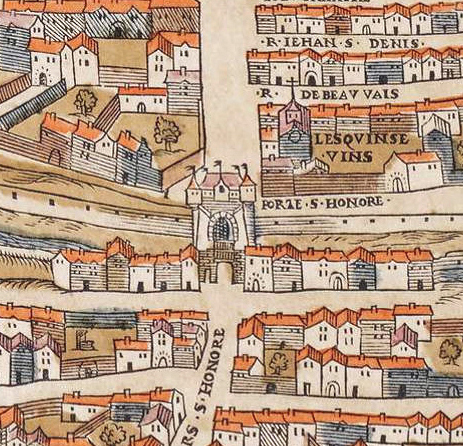 Gâteau St-Honoré is ultimately named after him, though food historians disagree about the path the naming took.

He is not the same as Saint Honorius of Canterbury.

St Elizabeth of Hungary is also a patron saint of bakers, but that’s only a part-time job for her: she also looks after toothaches.