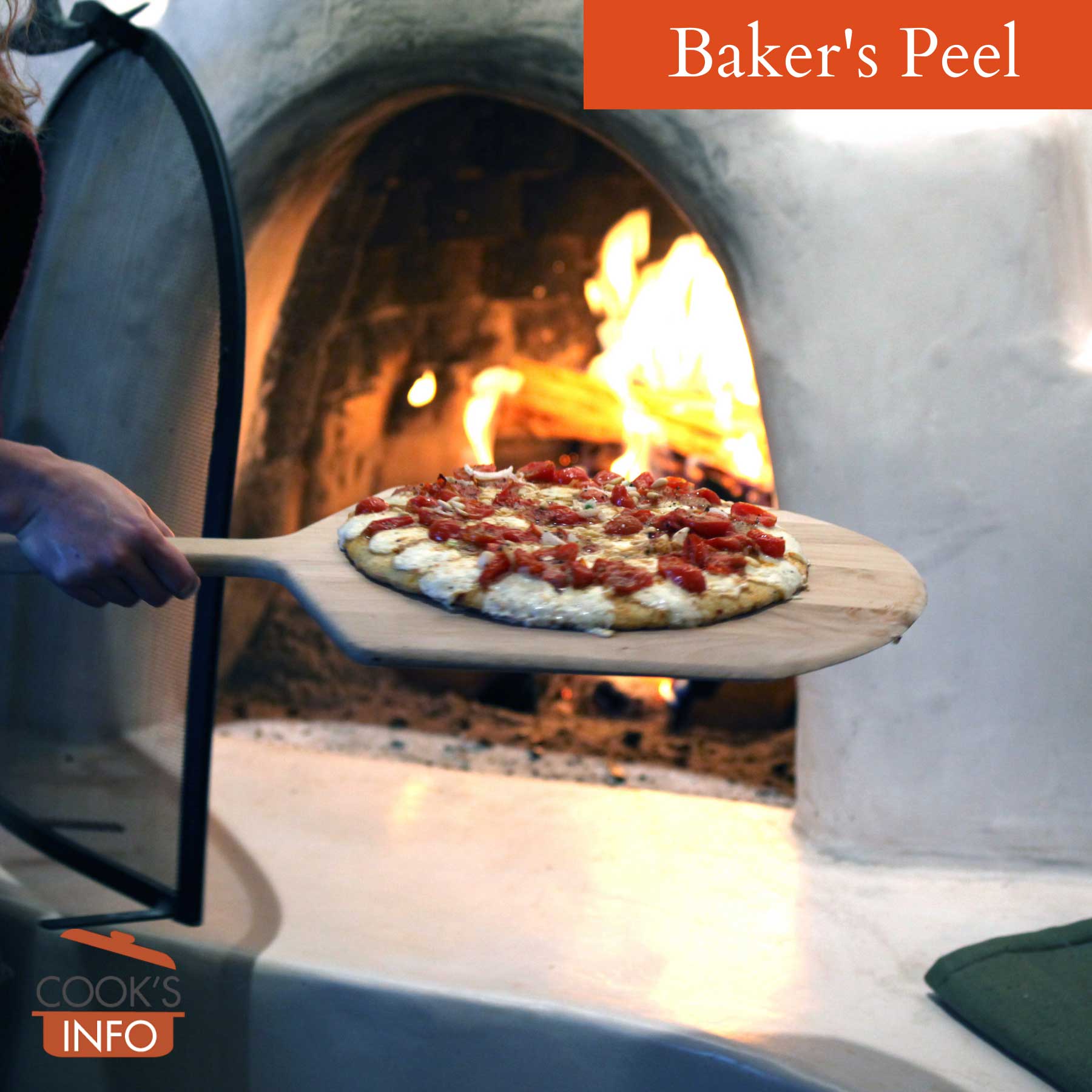 A baker’s peel (aka pizza peel, aka cake lifter) is a tool used to lift large baked goods such as breads and pizzas into and out of the oven.

They came in various sizes. Large commercial ones can look like a spatula on steroids, big enough to look like a small shovel and will consist of a flat surface called a blade attached to a handle whose length can vary depending on the depth of the oven it is needed for.

Home use peels have shorter extended handles or handles formed from a curled up part of the blade (these latter are often sold as “cake lifts”.)

The blade may be rectangular or more round, and can be metal or wood. The metal ones are uniformly thin; the wood ones taper to a thin edge.

If a baker’s peel has edges around the blade, then it is an oven shovel.

Metal ones with short handles may be sold labelled as cake lifters, particularly in England.

Despite the name of “cake lifter”, these baker’s peels can be used for everything a baker’s peel would be used: bread, pizza, etc.

The term “cake lifter” can be confusing, as it is also used to mean a small, triangular implement used at the table to lift and serve a slice of cake. 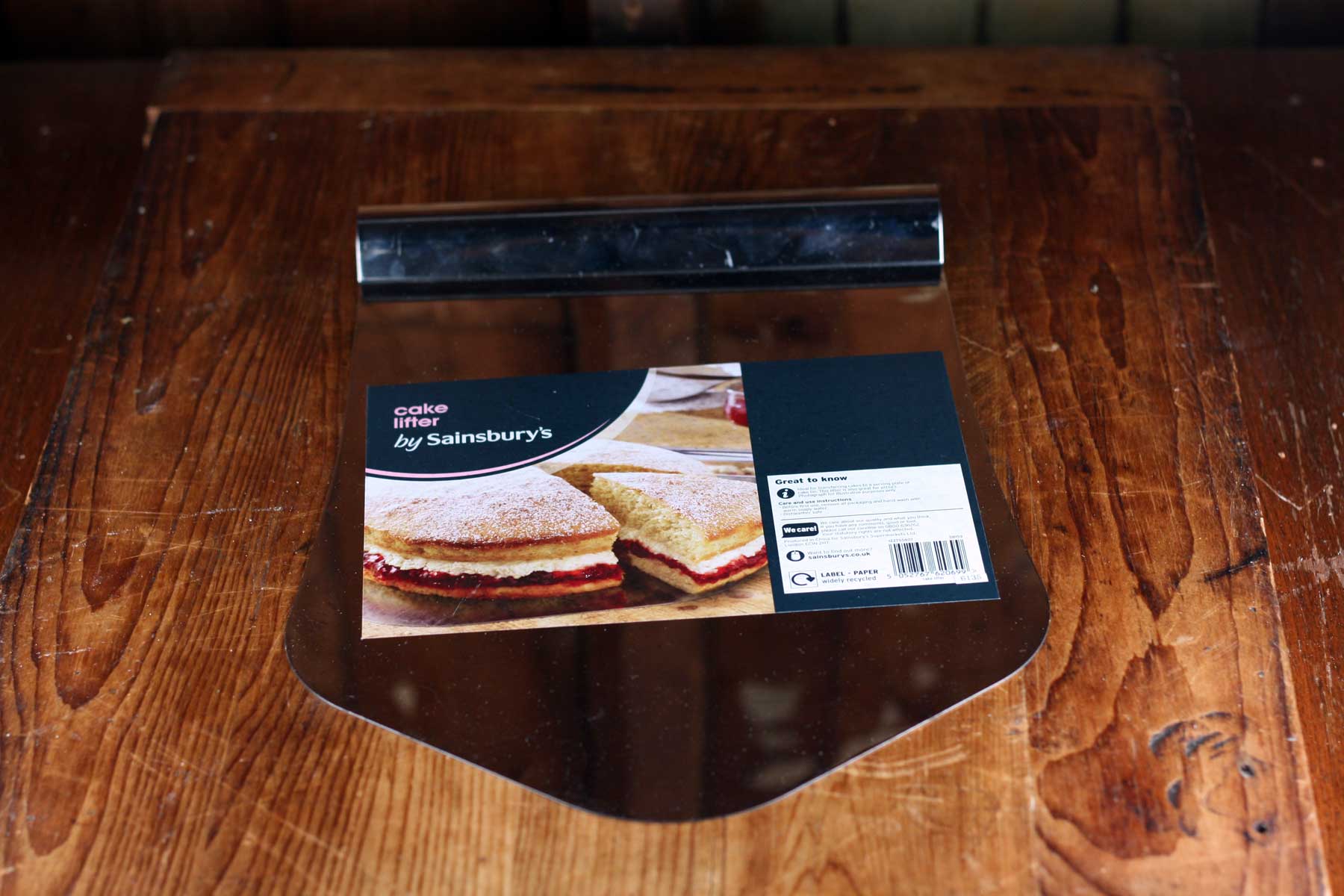 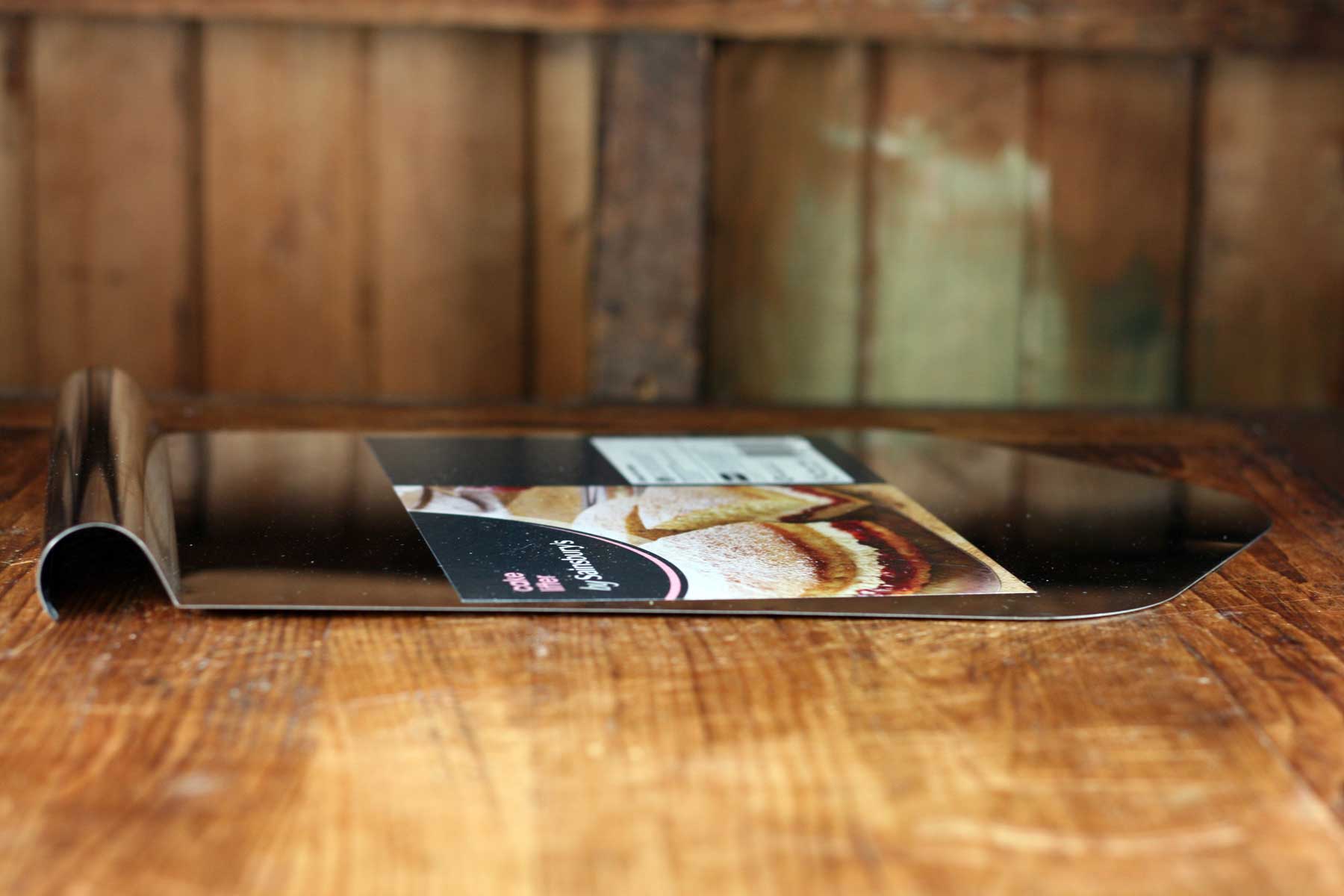 It can take a while to get used to using a peel.

Before you put anything on it, you often need to cover it with parchment paper, or dust it with flour or cornmeal (note: cornmeal — not cornstarch aka cornflour in the UK), so that when you go to slide your prepared item off it into the oven to be baked, it actually will slide off. Whole wheat flour is better than white flour to dust it with, as it is coarser. Cornmeal or other grains may stay behind on baking stones and burn, if you are of the camp that uses baking stones and leaves them always in the oven.

When you go to slide your dough off into the oven, put the peel at the far edge of the cooking surface, start sliding it off there, then give the peel a short, sharp shove, then pull the peel towards you quickly.

You should prepare a pizza right on the peel.

For bread, let the dough rise on parchment paper, or on a plastic nonstick heat-proof plastic baking liner, then carefully lift onto desired baking surface into oven. This will probably not work with pizza, which requires more support.

A baker’s peel is the symbol of St Honoré.

This web site generates income from affiliated links and ads at no cost to you to fund continued research · Information on this site is Copyright © 2023· Feel free to cite correctly, but copying whole pages for your website is content theft and will be DCMA'd.
Tagged With: Treen