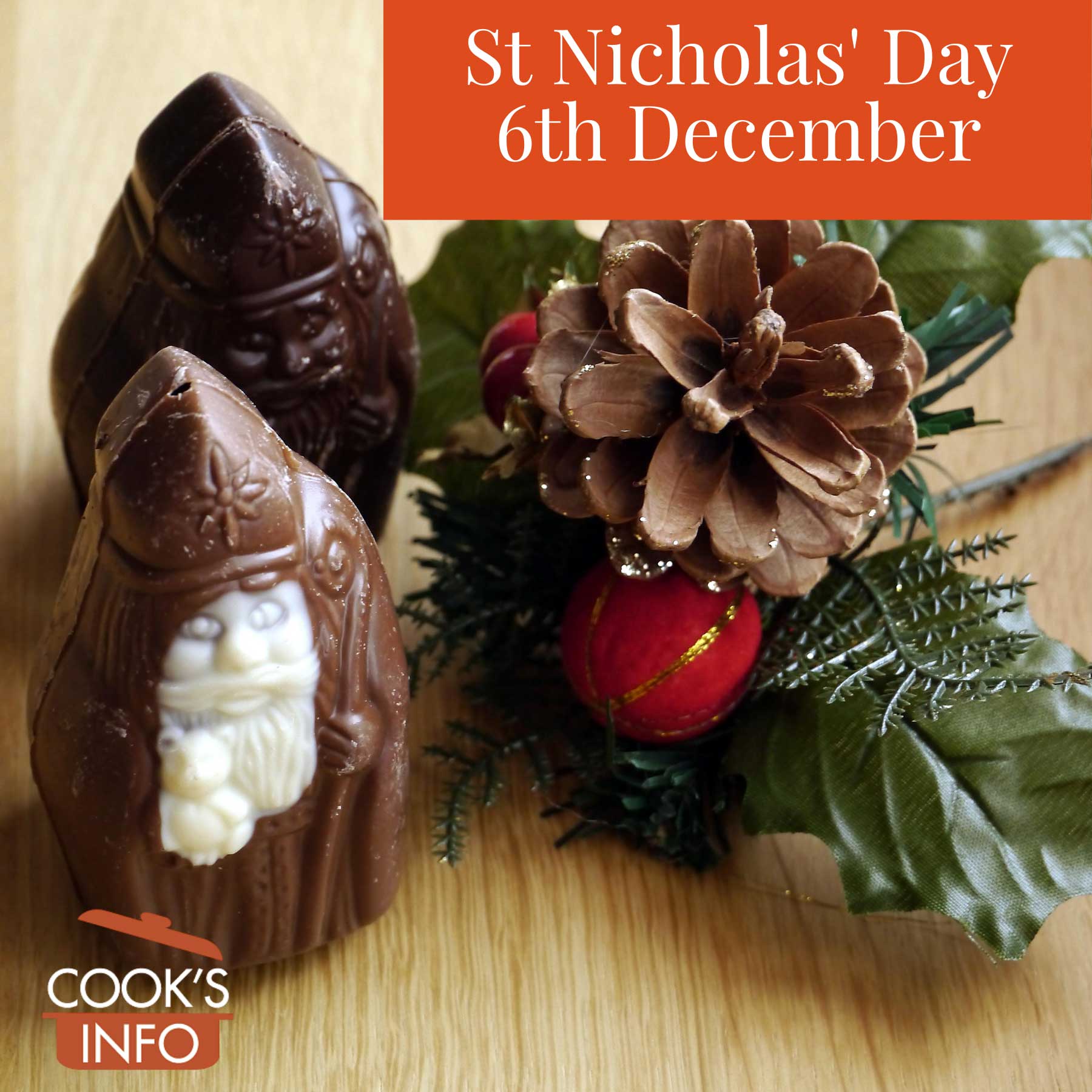 The 6th of December is St Nicholas Day.

In Slovakia, good children get candy; bad ones get coal, potatoes and onions.

St Nicholas is also the patron saint of Russia (along with St Andrew the Apostle.)

But the day is perhaps best associated with the Netherlands.

St Nicholas Day in the Netherlands

St Nicholas, aka Sinterklaas, is the protector of children. As Sinterklaas, he brings gifts for them in the Netherlands.

During the night before the 6th, he jumps from housetop to housetop on a white horse (that children leave hay and carrots for). He leaves in their shoes gifts such as coins which they find on the morning of the 6th. Now the coins given are chocolate with gold foil. 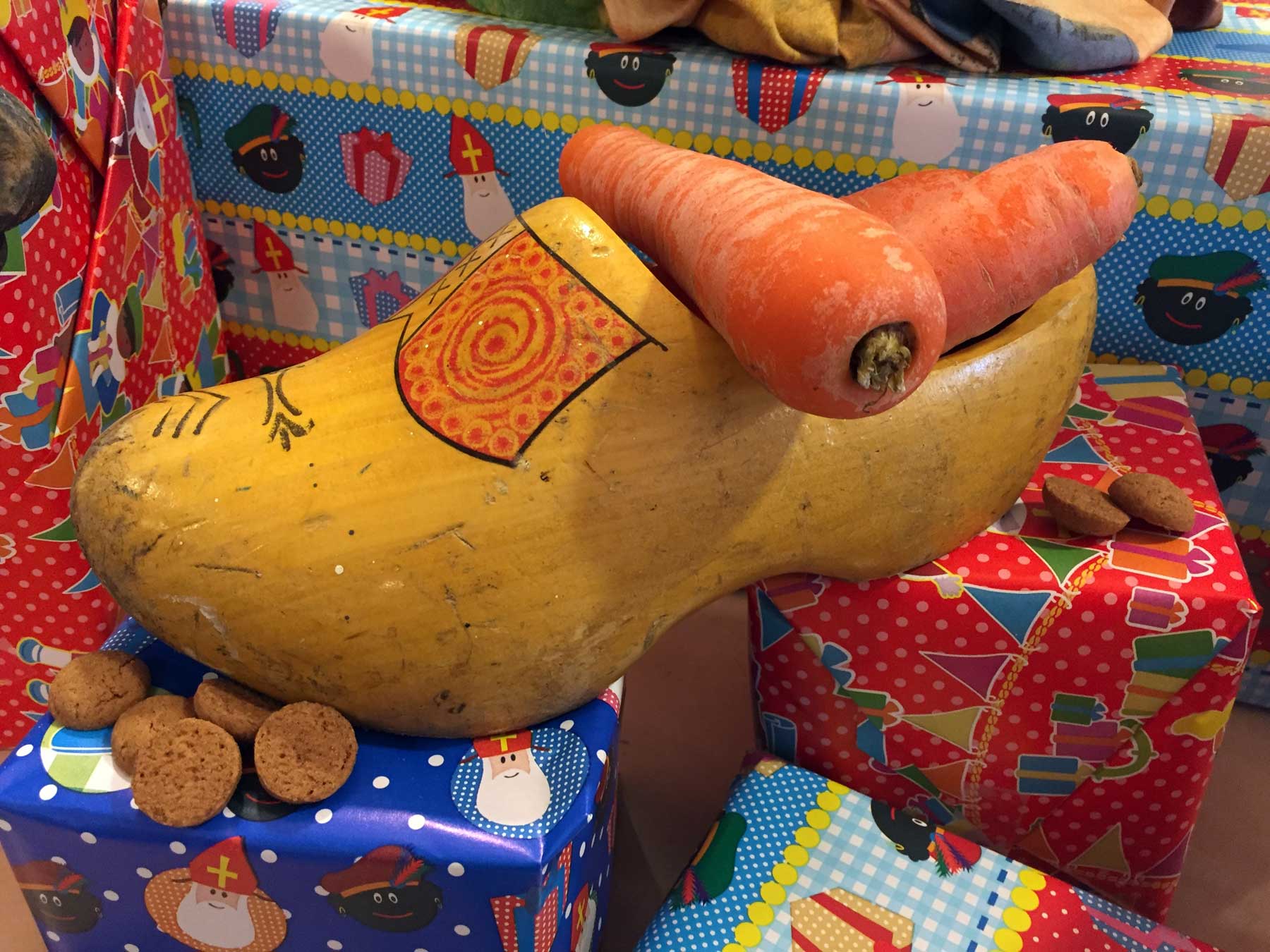 He is said to arrive from Spain, accompanied by a man named “Black Peter” (Zwarte Piet), who carries a book with notes on the children, and a rod to punish them, or if they have been really bad, he takes them to Spain.

St Nicholas Eve (5th December) is a time for family feasts. The foods include:

In Bulgaria, the day is called “Nikulden.” There his role as protector of fishermen and sailors is emphasized. Food is left on the dining table all day for visitors. Carp, cooked in dough, called ” ribnik”, is traditionally served. Carp is seen as the servant of St Nicholas.

To make ribnik, the carp is scaled first, then the fins cut off and it’s cleaned out inside. A small bone at the top of the carp’s head, called the “bitter bone” or “pearl button”, must be removed or the fish will acquire a bitter taste when cooked. (You don’t throw the fish bones in the garbage; you have to burn them or bury them or return them to water, so that you will have a good harvest next year.) The fish is then washed, dried, brushed with lemon juice or acidulated water and let stand an hour, then wrapped in yeast-risen dough, and baked. You then take the ribnik to church to get it blessed.

The ribnik is served with cabbage or grape leaves stuffed with vegetables, boiled bulgar wheat, peppers, beans and breads.

St Nicholas was born around 260 AD at Patara in Lycia; he died 6 December, 345 or 352 AD. He was an orphan from a wealthy family; his parents died of a plague. Monks took him into their care, and he became a priest at 17. He became bishop of an area called Myra, which is now part of present-day Turkey. During his life, he travelled to to Egypt and Palestine. He was imprisoned by the Roman Emperor Diocletian, then later freed by Constantine. He was buried in the Cathedral at Myra. Myra was overrun and occupied by Muslims in 1034 AD, who have occupied the territory since. Italian merchants from Bari “rescued” his bones by stealing them, returning with them to Bari, Italy on 9 May 1037. His bones are still in the Church of San Nicola in Bari, Italy, as of 2006.

There are many legends about his life. The gifts for children stems from the following legend: a man had no dowries for his three daughters so that they could get married. Three nights in a row, Nicholas, a rich man despite his life in the Church, threw a bag of gold coins through an open window for each of the daughters (some versions say it was over time, not all at once). As for his being the protector of children, he reputedly brought back to life three children who had been killed an by innkeeper who stuffed their bodies into a barrel of brine. 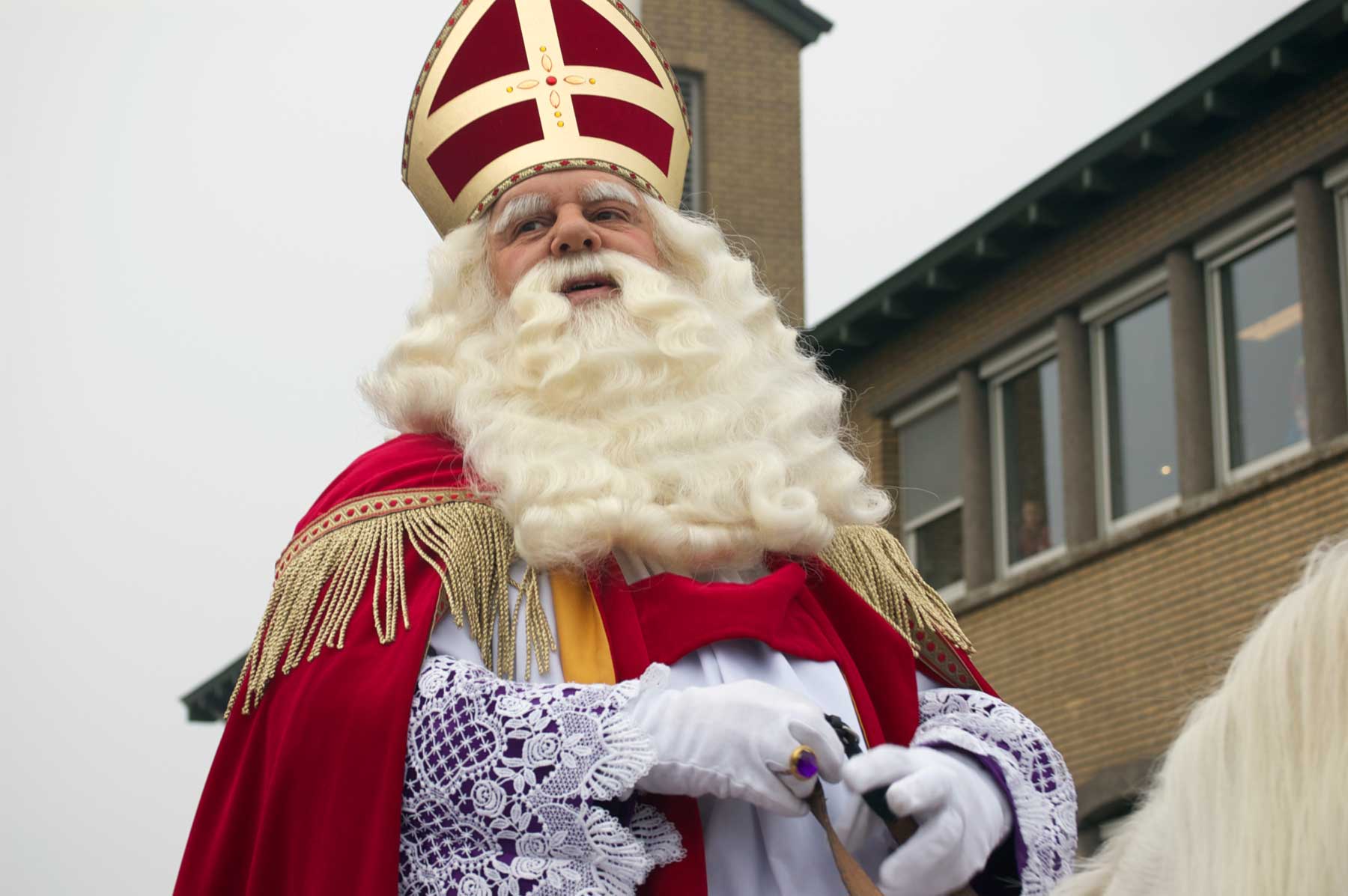 This web site generates income from affiliated links and ads at no cost to you to fund continued research · Information on this site is Copyright © 2023· Feel free to cite correctly, but copying whole pages for your website is content theft and will be DCMA'd.
Tagged With: Saints