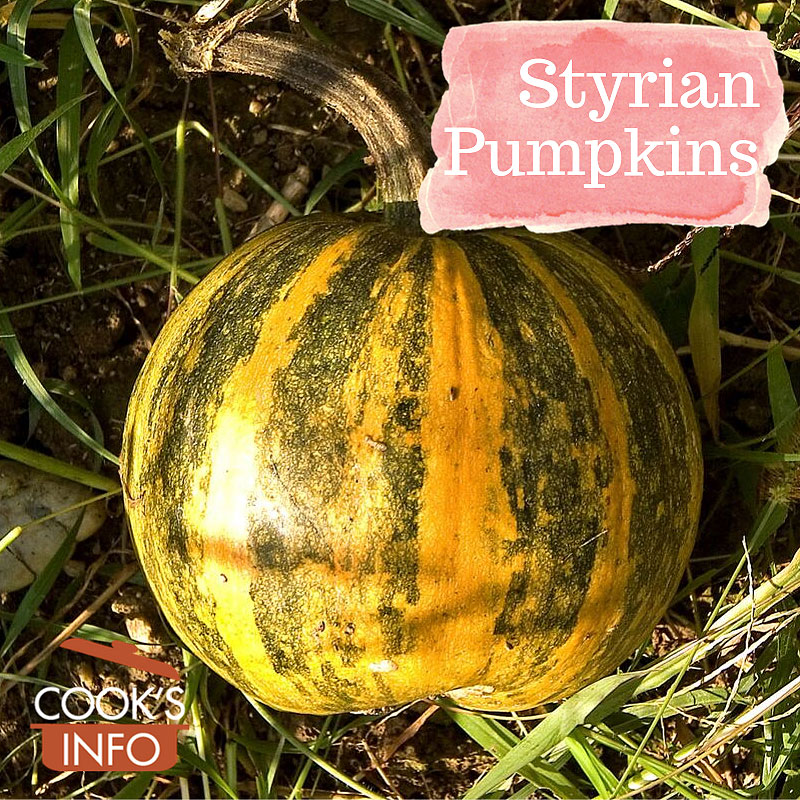 Styrian pumpkins are pumpkins grown in Austria for the oil that can be made from their seeds.

The pumpkins have mottled subdued green stripes, on a pale yellowy-orange background with darker orange areas.

They are named after Styria, Austria where they are grown for the oil that can be pressed easily out of their hull-less seeds. Each pumpkin will have about 75 g (3 oz) of seeds in it.

The hull-less seeds can also be eaten as is, or toasted. 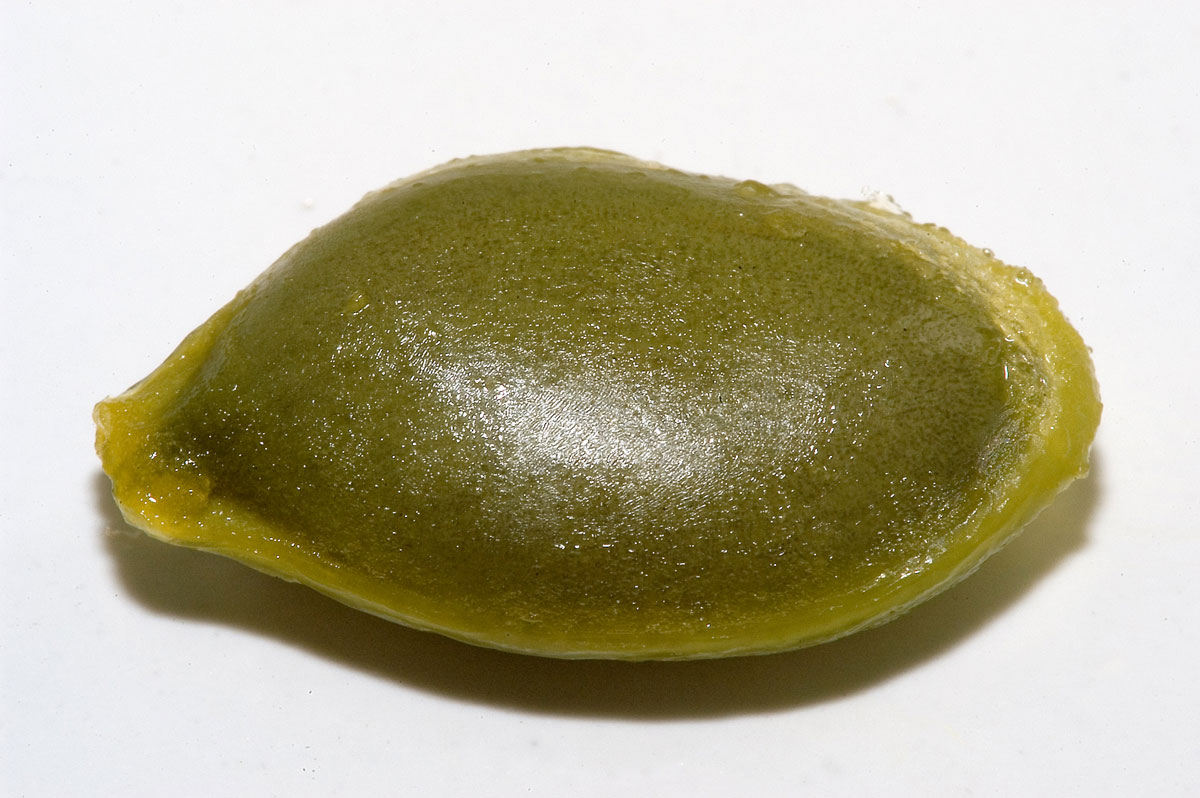 The pumpkins also have pale yellowish-orange flesh that can be used as a vegetable.

The plants do well even in cool, damp summers. Each plant grows about 6 pumpkins weighing around 7 to 9 kg  (15 to 20 pounds) each.

The pumpkins are also grown for oil in north-eastern Slovenia. 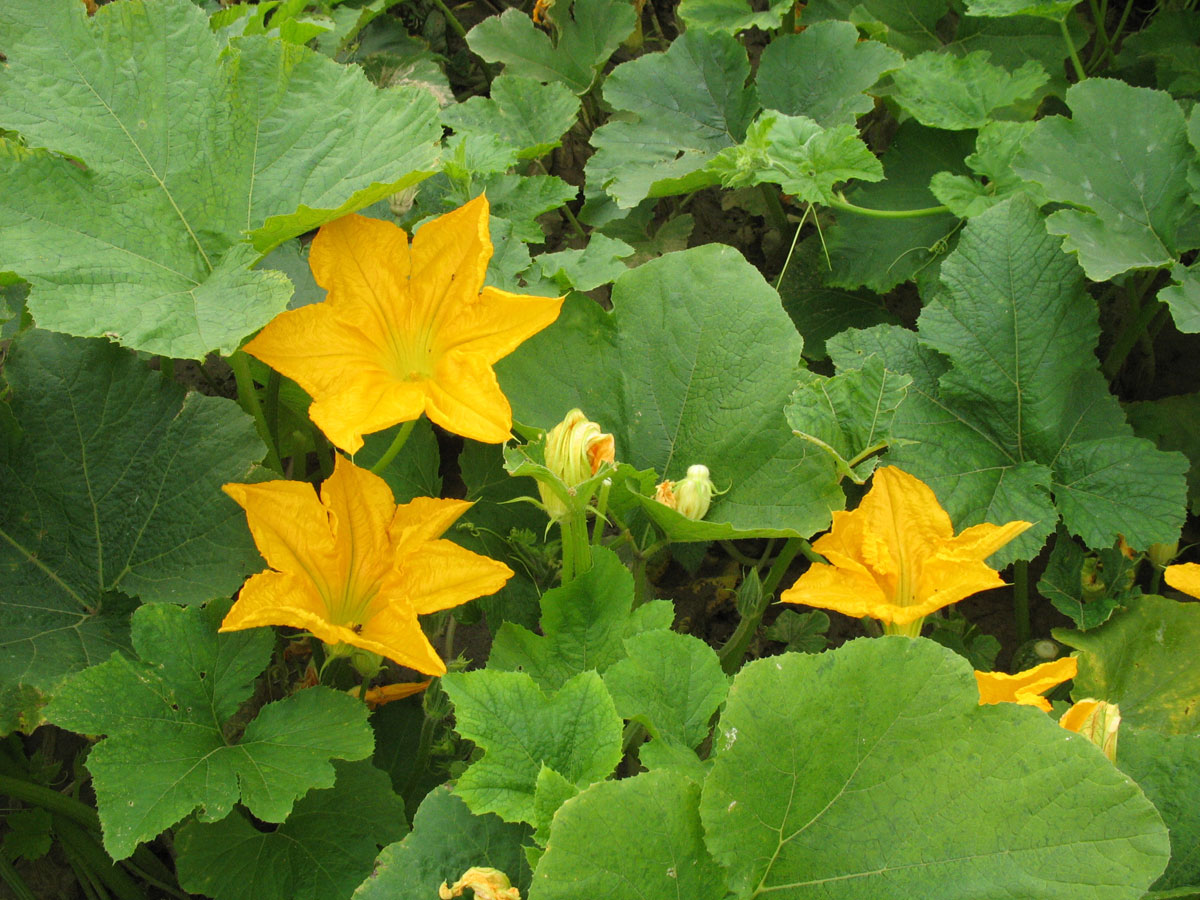 Styrian pumpkins were developed from a mutation that occurred in the late 1800s in the Styria region of southern Austria.

Sometimes the Styrian pumpkin is also referred to as “Medicinal Pumpkin” because its oil can also be used in pharmaceutical applications. 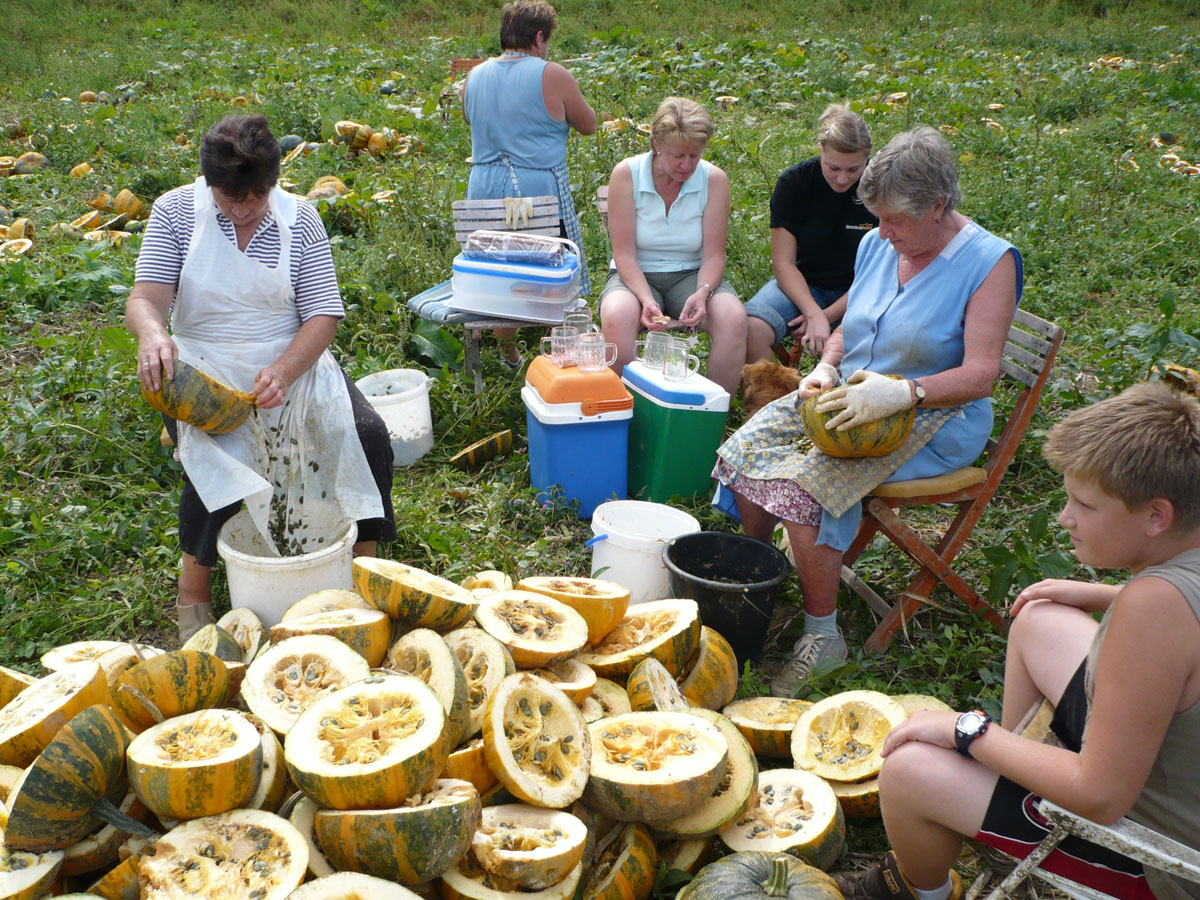 This web site generates income from affiliated links and ads at no cost to you to fund continued research · Information on this site is Copyright © 2021· Feel free to cite correctly, but copying whole pages for your website is content theft and will be DCMA'd.
Tagged With: Austrian Food