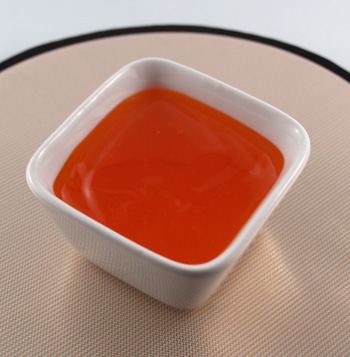 Sweet-and-Sour is a term used to describe a dish whose taste contains elements of both a sweet taste and a sour taste.

Usually the balancing is done with an added sauce.

Historically, Sweet-and-Sour was very common in Europe. Both the Romans and people in the Middle Ages had an appreciation of combining tastes in this fashion. The clear divide in Europe between sweet and sour or savoury seems to have started appearing in France by the start of the 1600s.

Remnants of the Sweet-and-Sour cooking style can be seen in England in habits such as mint sauce with lamb, and in America in the combination of pork and applesauce, turkey and cranberry sauce, etc. In French cooking, it remains only in one or two dishes such as Duck à l’Orange.

In modern times, the Chinese are the largest practitioners of this cooking style.

The French call this “Aigre-Doux”; the Italians, “agro-dolce.” Sweet and sour pork in French is “porc aigre-doux.”

This web site generates income from affiliated links and ads at no cost to you to fund continued research · Information on this site is Copyright © 2022· Feel free to cite correctly, but copying whole pages for your website is content theft and will be DCMA'd.
Tagged With: Chinese Food, Roman Food, Sweet-and-Sour, Technical Terms