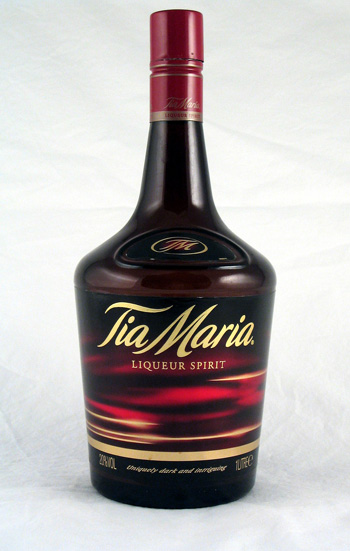 Tia Maria is a rich, sweet coffee-flavoured liqueur with an alcohol content of 20% to 26%, depending on the country it is bottled in.

It is made from coffee beans, cane spirit, vanilla, and sugar. The coffee beans are Jamaican Blue Mountain.

It is made in Kingston, Jamaica. The company produces Tia Maria Concentrate at 32.4% ABV. That is shipped, then diluted and bottled at various destinations.

Tia Maria was invented in Jamaica shortly after World War Two by Dr Kenneth Leigh Evans. Reputedly, it was based on an old recipe from the 1600s that had come down to a family that he knew.

The Tia Maria company was purchased in 2005 by Pernod Ricard, who also owned Kahlua, the competitor. In 2008, Pernod sold it on to Ilva Saronno for 125 million Euros.

This web site generates income from affiliated links and ads at no cost to you to fund continued research · Information on this site is Copyright © 2022· Feel free to cite correctly, but copying whole pages for your website is content theft and will be DCMA'd.
Tagged With: Liqueurs