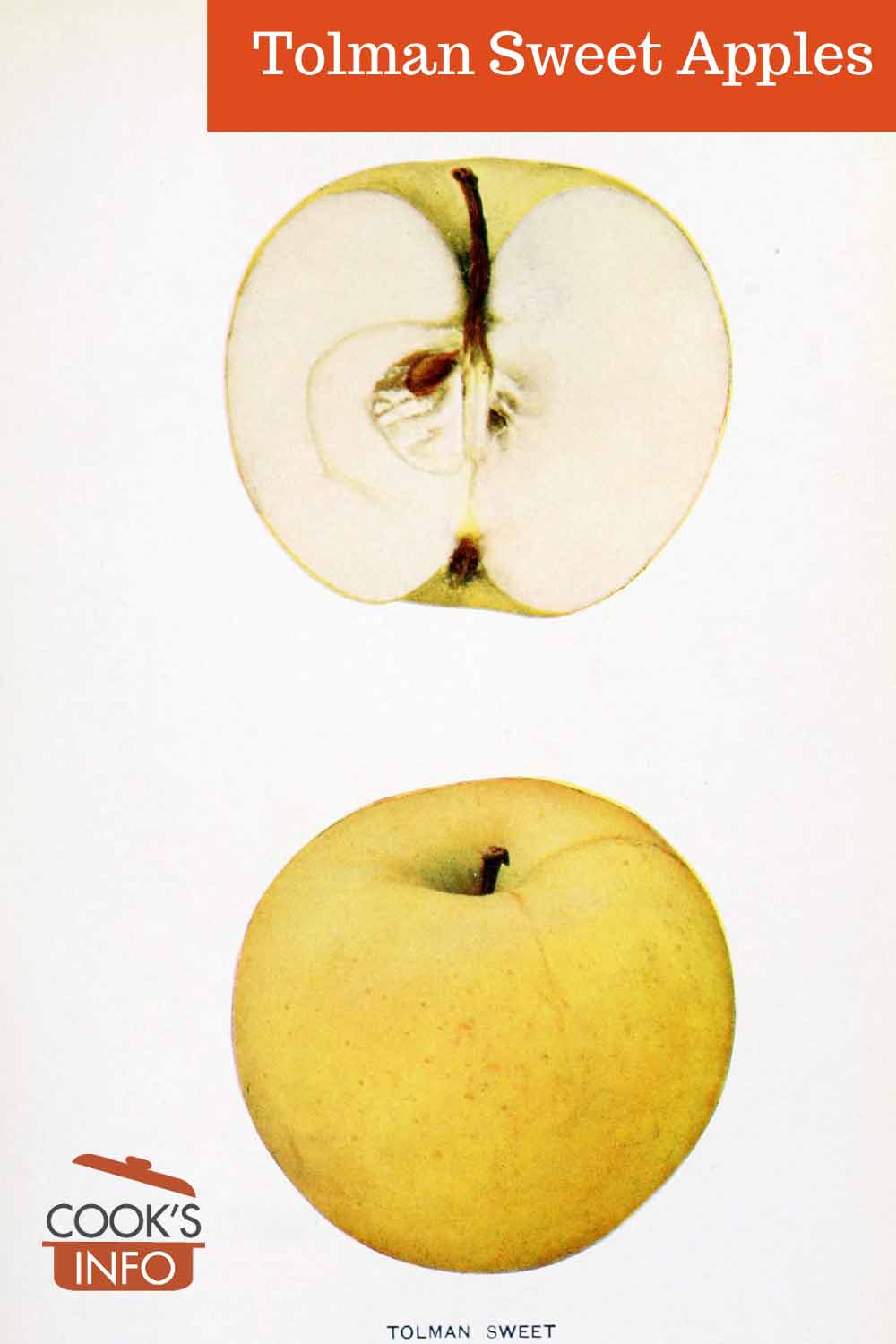 They have pale greenish-yellow skin with some light russetting and often with a faint red blush.

Inside, they have firm, finely-textured, dry to somewhat juicy white flesh with a very, very sweet taste.

“Tolman Sweet [was] prized for being both sweet and dry. Back in the 1800s, that combination was perfect for cutting into apple rings, which would then be hung on a string to dry. The result, Daryl Hunter said, “was a form of candy. “It was a dessert.” [3]Fraser, Elizabeth. Meet the Keswick Ridge, N.B., farmer growing apples as old as King Louis XIII. St John, New Brunswick: CBC. 22 October 2021. Accessed October 2021 at https://www.cbc.ca/news/canada/new-brunswick/apple-orchard-keswick-ridge-1.6219194

The tree is long-lived, hardy, and a reliable, heavy bearer. It is very winter hardy and blooms late in the spring, avoiding frosts.

The fruit ripens in early October to November, depending on location.

“The fruit is generally much esteemed for certain culinary purposes as pickling, boiling and baking.” [4]Beach, SA, et al. The Apples of New York.

The small size made it useful for pickling, as it would fit whole more easily into jars:

“The other common sweet apple was the Tolman Sweet, which was a small, butter yellow apple with faint russet dots. Being small it was used not only for boiling but for pickling.” [5]Lape, Fred. The Decline of the Apple. In: Arnoldia. Massachusetts: The Arnold Arboretum. Vol. 33, # 4. July / August 1973. Page 222.

Stores okay — until Christmas: “Its keeping quality varies in different seasons. In ordinary storage it is in season from November to January with December as the commercial limit. In cold storage its commercial limit varies under different conditions from February to April. Some find that it stands heat well before going into storage; others report that it does not.” [6]Beach, SA, et al. The Apples of New York.

Tolman Sweet Apples were known in Massachusetts, USA prior to 1822.

Some sources say the apple originated in 1750, and was introduced in 1804. Some think it may have possibly originated in Dorchester, Massachusetts.

The apple was very popular as a home fruit tree. 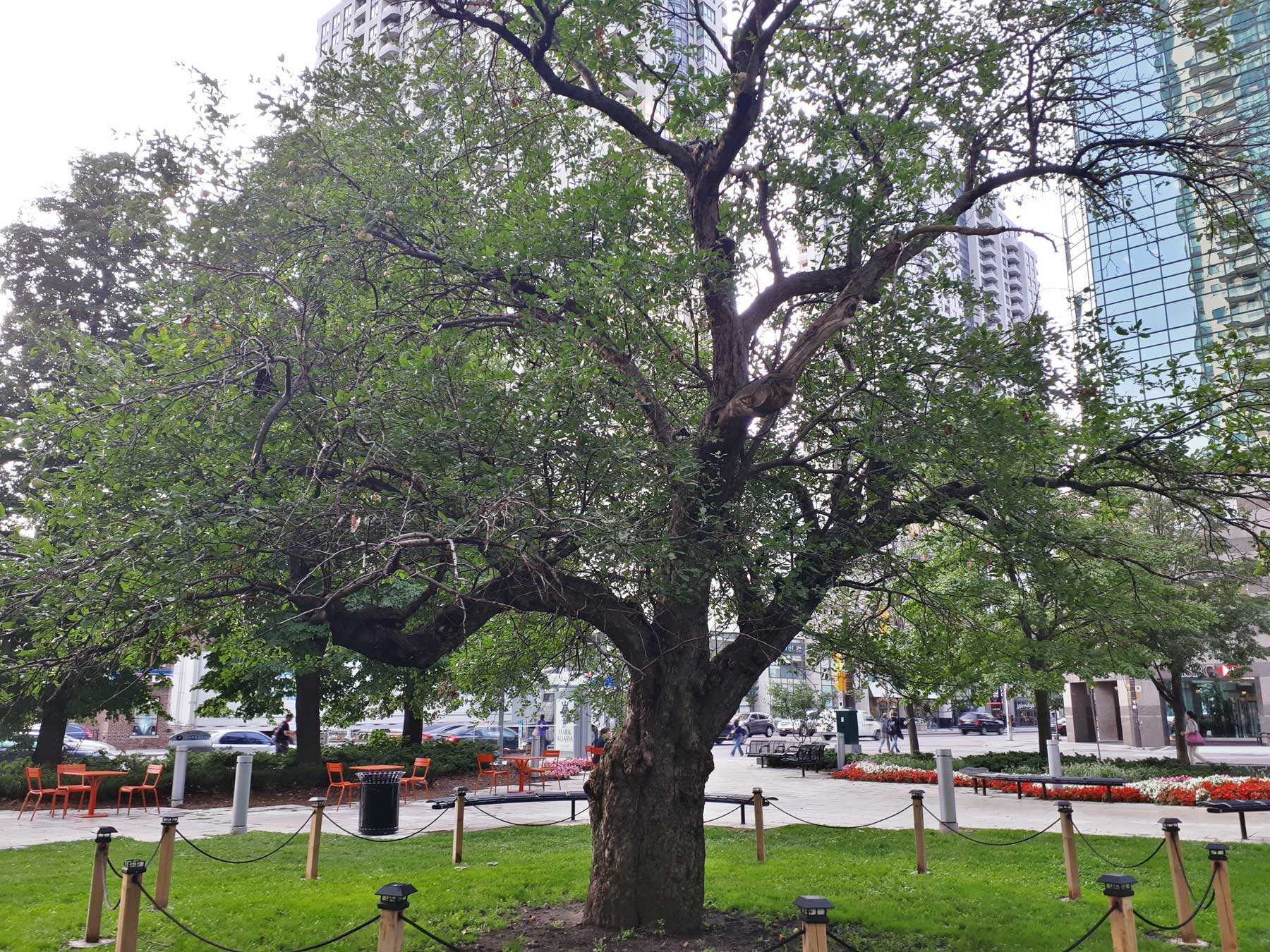