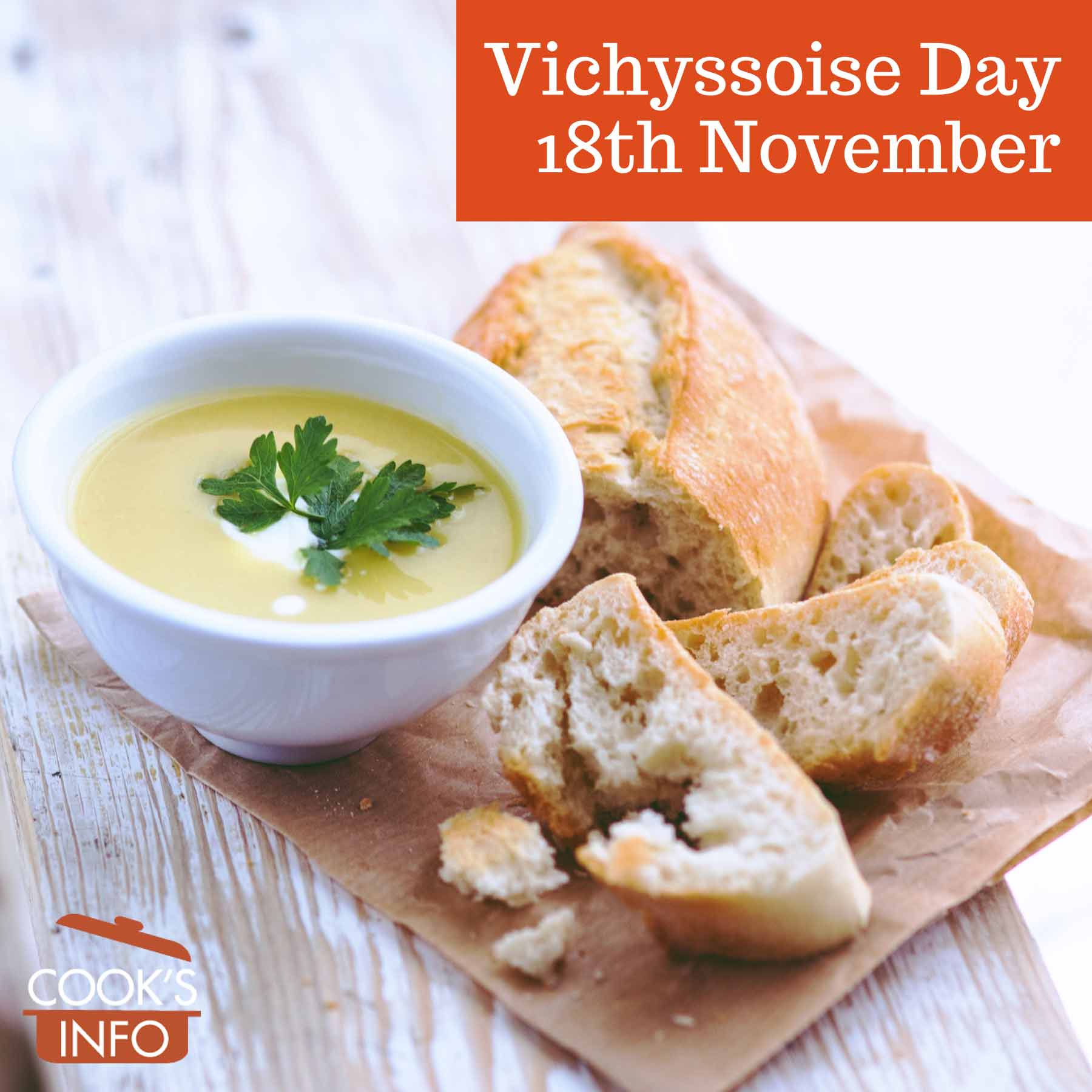 The 18th of November is Vichyssoise Day.

It celebrates that world-famous soup invented right in the heart of New York City.

Have you ever had Vichyssoise before? If you’ve never had it, would you still try it after someone explained to you that it was cold potato soup?

The soup has never really gone out of popularity with gourmands, but it experienced a resurge in popularity in the 1970s and 1980s.

The first print media mention that CooksInfo is aware of for a “Vichyssoise Day” in November dates from 2012 in North Carolina:

“Let’s look at possible attributes reflected by the food honored on my birthday, Nov. 18. It’s National Vichyssoise Day, celebrating the creamy chilled leek-and-onion soup which may or may not actually be French. (some contend it was created in New York). Positives: Smooth and elegant. Negatives: Cold and pasty.” — Moose, Debbie. Crepe Suzette lovers, it’s your day. Raleigh, North Carolina: The News and Observer. Sunday, 6 May 2012. Page 2D, col. 2.

However, CNN covered the day in 2011, one year before this (see Sources below).

This web site generates income from affiliated links and ads at no cost to you to fund continued research · Information on this site is Copyright © 2022· Feel free to cite correctly, but copying whole pages for your website is content theft and will be DCMA'd.
Tagged With: Soup