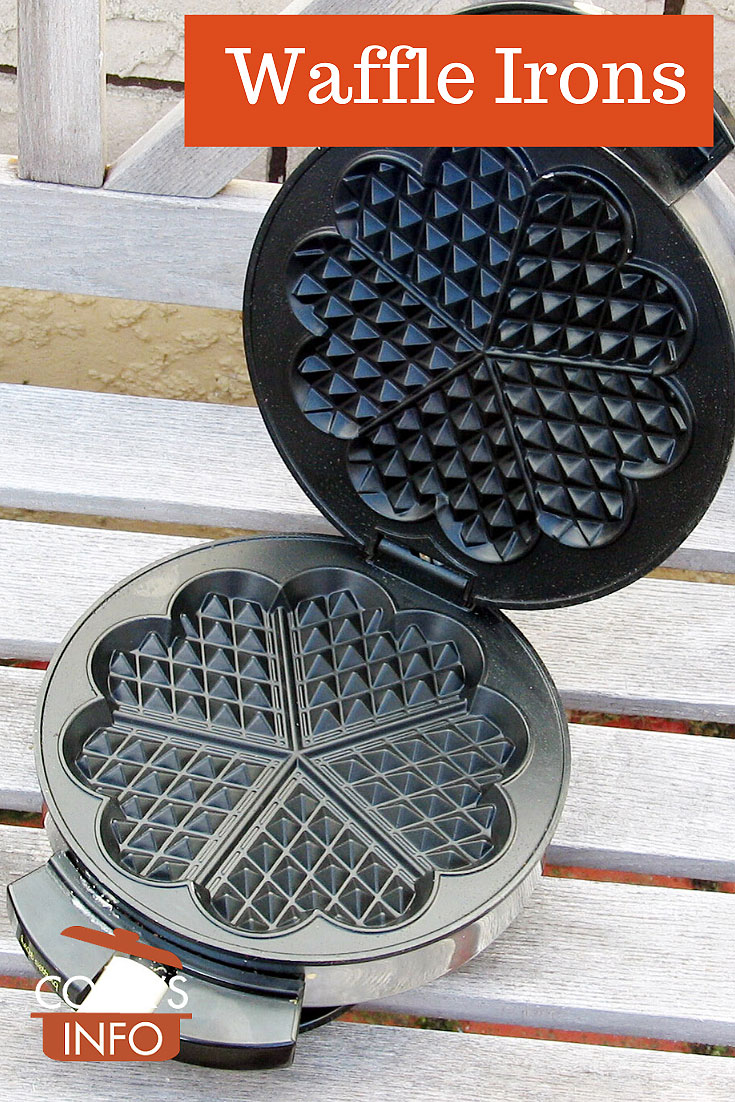 A waffle iron is a kitchen tool used to cook waffles.

It is a two-sided device that folds so that one side goes over the other, to form and mould the waffles.

The standard pattern impressed in the batter is honeycomb.

The waffle iron must be heated first; you close the lid while you are heating it up.

Then, you pour the batter on one side, then close it by folding the second side on top of it and the batter.

Most waffle irons nowadays are electric. Electric ones cook both the top and bottom of the waffle at the same time. Most electric ones are non-stick now, and many can make square, round or special shapes such as hearts, etc. Some have an indicator thermostat or light to tell you when they’re hot enough to start using; some have another indicator light to tell you when the waffles are cooked.

Stovetop ones are manual and have to be both turned by hand, and manually timed.

To stop waffle batter from sticking to the moulds, make sure that the waffle iron is clean, then brush oil or use a non-stick spray on it (don’t forget to do both top and bottom.)

Most waffle irons sadly live buried in the back of people’s cupboards, appearing only for yard or boot sales.

Waffle irons existed in the 1300s, but only wealthier homes would have them.

In the Middle Ages, you’d basically have to custom order one from a blacksmith. They would have long handles on them so you could hold the waffle iron over a fire.

The first American patent (#94,043) for a waffle iron design was issued on 24 August 1869 to a Cornelius Swarthout of Troy, New York. It was cast iron. It was a two-piece device that you heated on top of the stove, added the batter, cooked for a bit, and then flipped it to cook the other side. Note that while most food writers say that Swarthout received this patent for the invention of the waffle iron, he never claimed such a thing — he claims instead to have invented “a new and useful improvement in waffle-irons”. 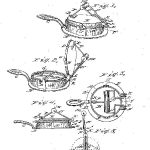 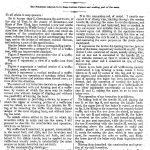 Twin waffle irons were invented in 1926 by Charles M. Cole of Oakland, California (patented in America on 8 November 1927, patent # 1,648,335.) His improvement allowed two waffles to be cooked at once. Instead of there just being a lid that you put down on the first waffle, there was a middle layer iron that you put down on it, then poured the second waffle on that, then put the lid down to cook them both. It was electric.

Thermostats started to appear on electric ones as early as the 1930s.

Waffle irons used to be made out of cast iron, thus their name. Most are now made out of aluminum or steel, but are still called an “iron.” 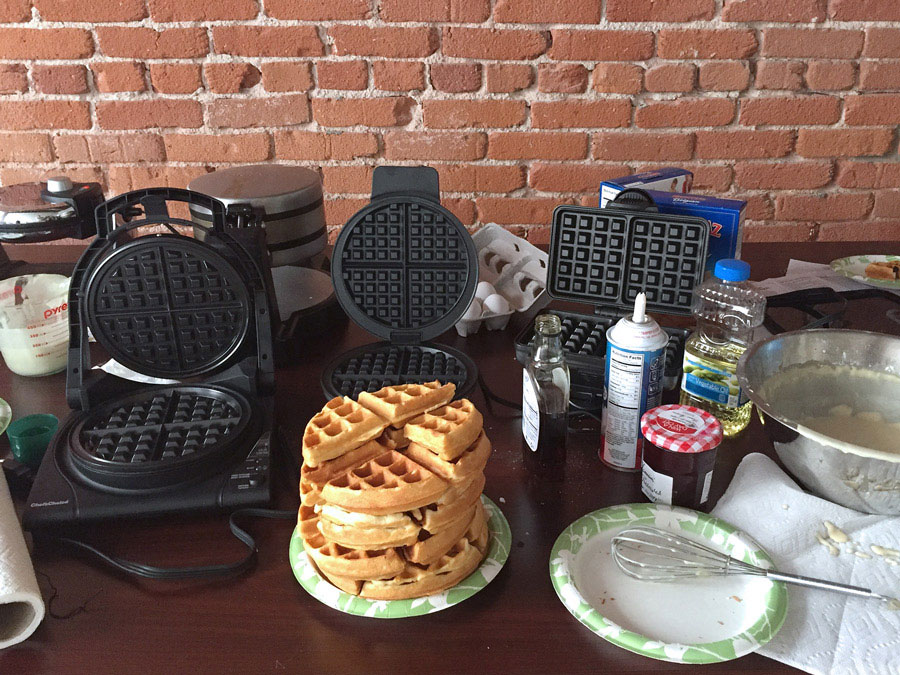