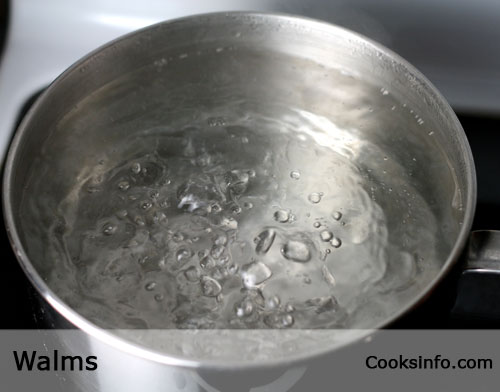 Walms is a cooking term used to track how much something has been boiled.

A walm is an “surge upwards of boiling water”, when a circular “wave” of water rises from the bottom of the pot and breaks the surface in a surge.

Cookbooks would give directions such as, “and so let it boil six or seven walms….”: six or seven surges of boiling water. Cooking instructions might also tell you to bring the water to a boil till “it boil high with great walms in the middle of the kettle.”

Outside of boiling water, walms can also refer to a surge of waves, or a gush of a fountain.

Walm comes from the Old English word for spring, “wielm.” It is now considered obsolete.