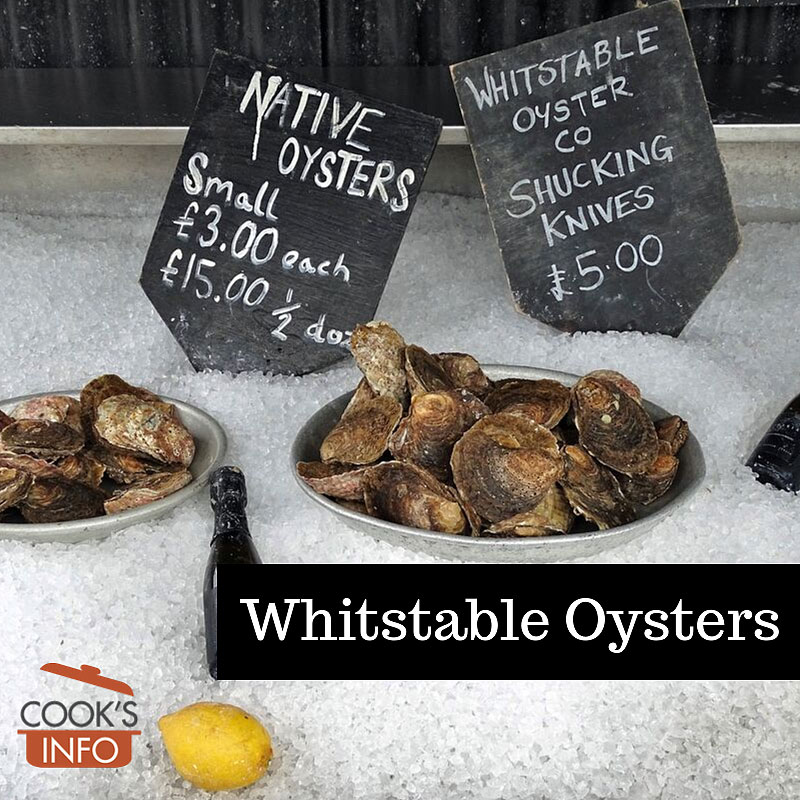 At Whitstable, Kent, England, fresh water from the Swale River mixes with the salt water of the sea in Whitstable Bay. This causes algae to flourish, providing excellent food for the oysters.This area has become known for its large, juicy oysters that are harvested in the spring.

There are two species of oysters that are harvested here: Rock Oysters (Crassostrea gigas) and “Native Oysters” (Ostrea edulis.)

The oysters from Whitstable received European PGI status protection in 1992. The PGI is administered by “The Ancient Oyster Companies of Whitstable and Faversham.”

To be sold as a Whitstable Oyster, an oyster must be from the oyster beds around Whitstable. 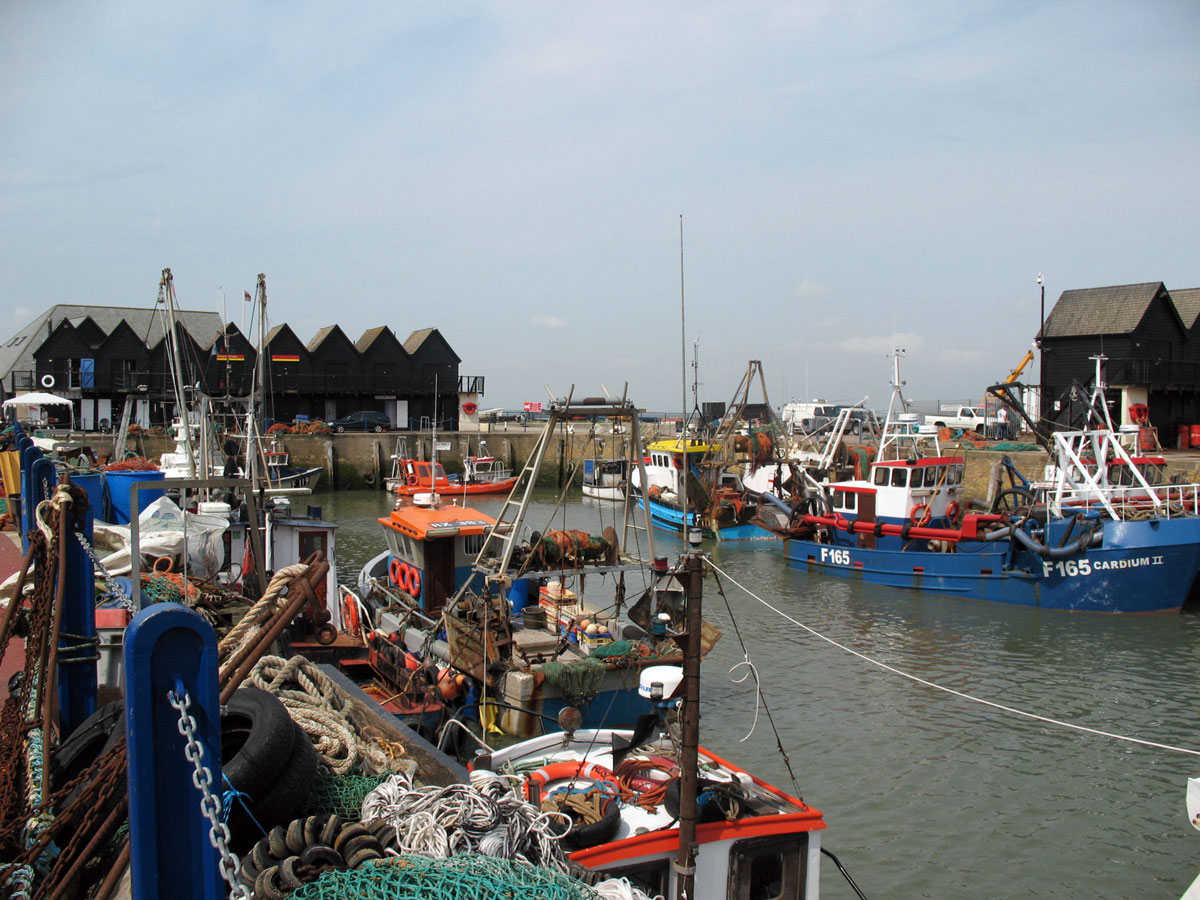 In 1489, the oyster industry was important enough to Whitstable that a dispute over the oyster beds between it and neighbouring Milton went to the privy council in London.

In 1793, the “Company of Free Fishers and Dredgers of Whitstable” was created by an Act of the British Parliament.

By 1862, half the oysters sold in London (for a total of 60 million oysters) were from Whitstable.

In 1896, The Whitstable Oyster Fishery Company was formed.

In 1920, disease and a hard winter affected the harvest drastically.

In July 2010, the oysters off Whitsable were found to be infected with a form of oyster herpes. While having no impact on humans consuming the oysters, the virus can cause a high mortality rate amongst oysters, and has devastated oyster stocks in France, Jersey and Ireland.

An Oyster festival is held every July in Whitstable. 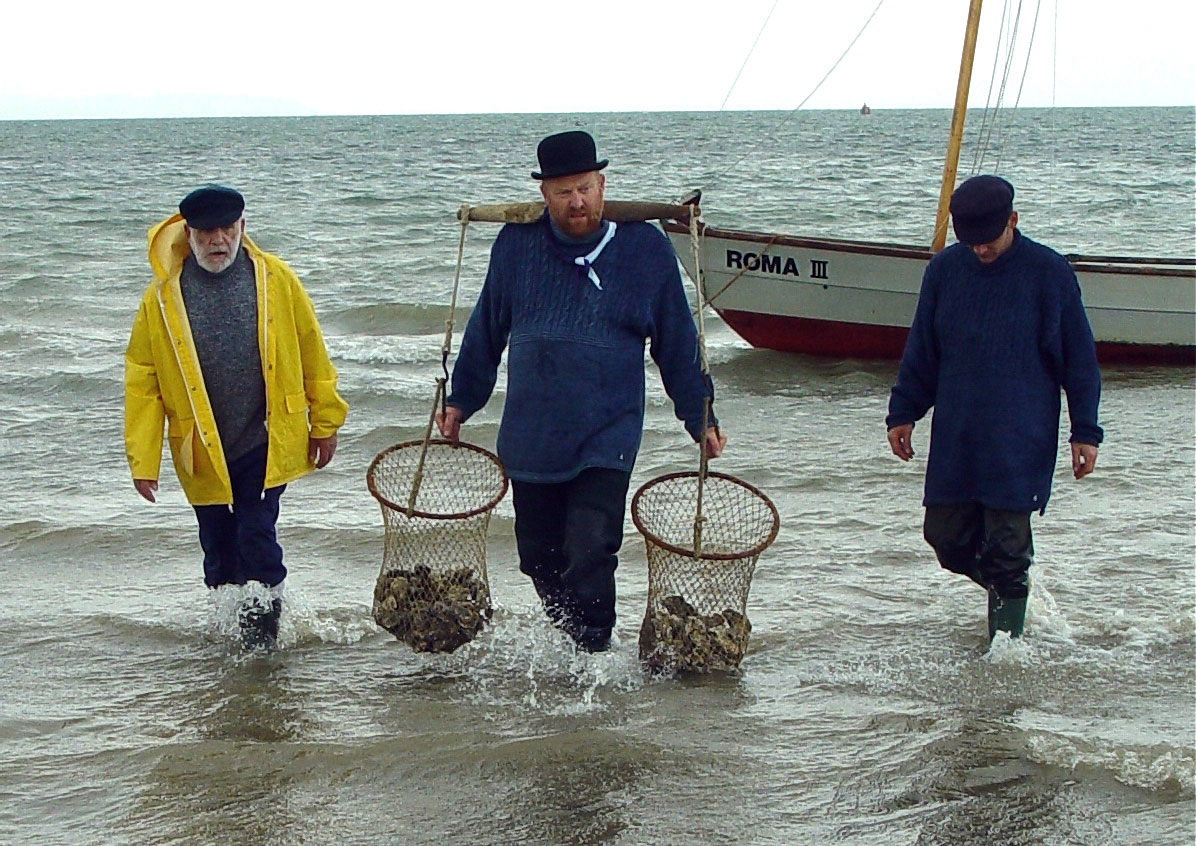 Landing of the Oysters on the first day of the Whitstable Oyster Festival 2007. George The Dragon / wikimedia / 2007 / Public Domain

This web site generates income from affiliated links and ads at no cost to you to fund continued research · Information on this site is Copyright © 2023· Feel free to cite correctly, but copying whole pages for your website is content theft and will be DCMA'd.
Tagged With: British Food, English Food, Protected Geographic Indication