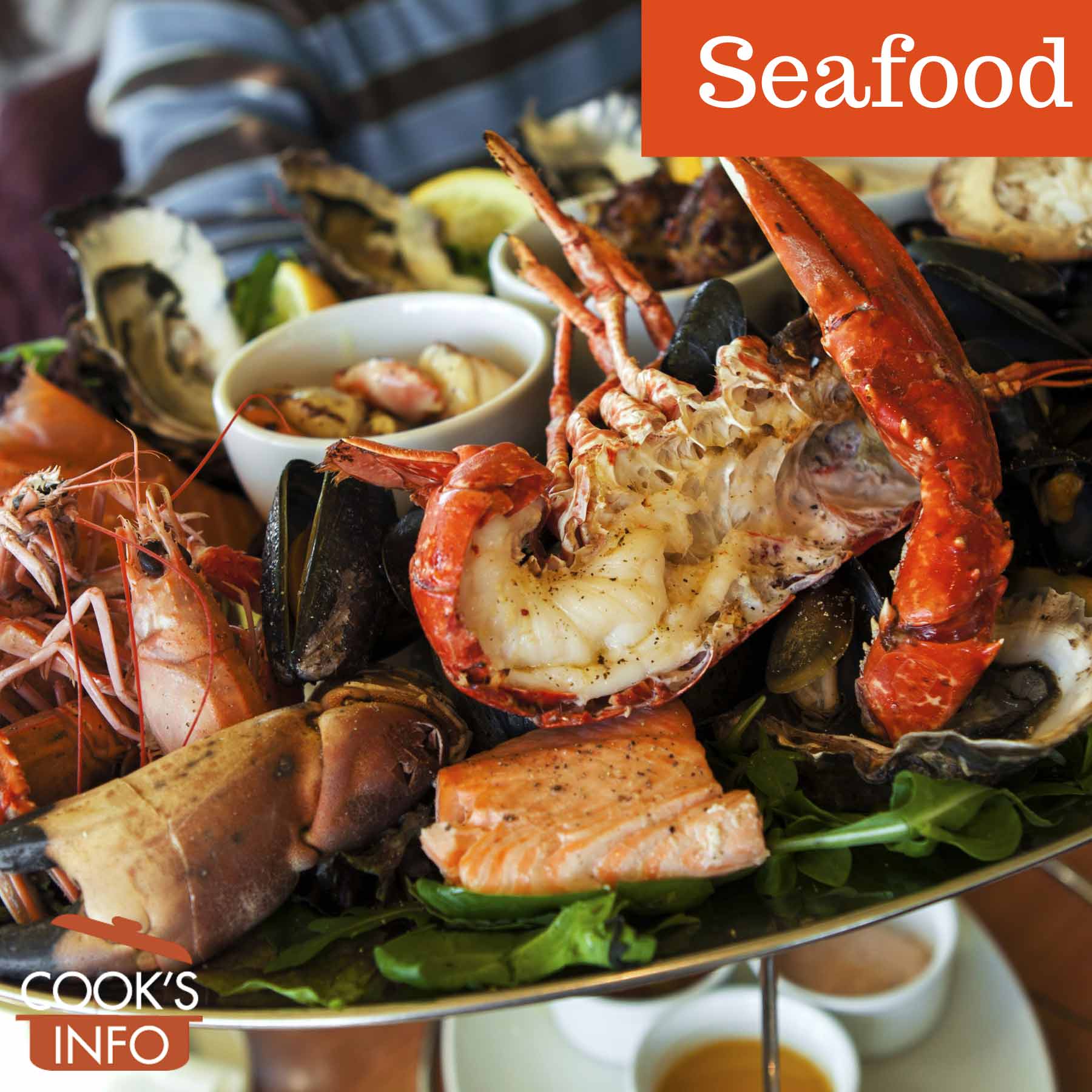 Seafood refers to small edible animals which come from the water. The culinary definition does not include fish, plants, mammals, or birds.

Debate over the definition of seafood

The “Larousse Gastronomique” of 1977 defines seafood as meaning crustaceans and shellfish, saying that seafood dishes can sometimes include slices of fish:

Appearing with seafood doesn’t make the fish seafood just because it are included, no more than it does a sprig of parsley on the side.

A later edition of “Larousse Gastronomique” gives some examples:

That being said, there are many other broader definitions of seafood, which say that anything that comes out of the sea, including fish and even seaweed, is seafood. Once you start going this broad, though, it’s hard to know where to stop: is whale and walrus seafood?

For what it’s worth, the US Department of Agriculture (USDA) defined seafood on 28 January 1995 as follows, saying that the term “seafood” includes “fish”, and animals that come from freshwater sources:

“The term ‘fish’ includes all fresh or saltwater finfish, molluscan shellfish, crustaceans, and other forms of aquatic animal life. Birds are specifically excluded from the definition because commercial species of birds are either nonaquatic or, as in the case of aquatic birds such as ducks, regulated by USDA. Mammals are also specifically excluded because no aquatic mammals are processed or marketed commercially in this country.”

You need to bear in mind, though, that the definitions set by the USDA are primarily for their own, internal administrative use, and they are not linguists, cooks or dictionary writers. Even those who feel that “fish” should be included in the definition of “seafood” would likely object to fish being pulled out of Lake Michigan being defined as seafood. Even if you accepted that, you might have a hard time including oysters and lobsters in your definition of fish.

Generally, if someone sits down in a restaurant and orders a seafood antipasto, or a seafood salad, they are not expecting to see a hunk of salmon on a salad: they are expecting calamari, scallop, shrimp, shellfish, etc.