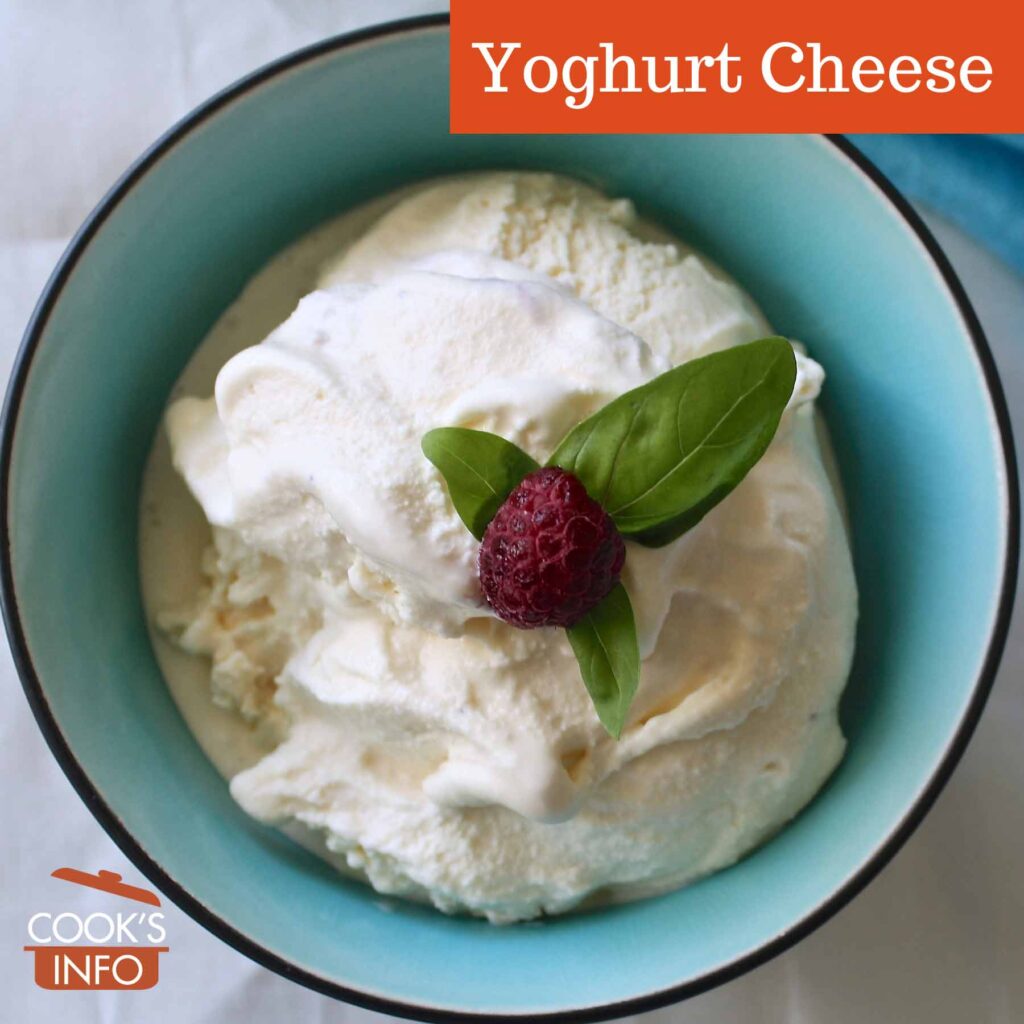 Yoghurt cheese is thick and spreadable like cream cheese, but has a tart kick to it.

You can use yoghurt cheese as you would ricotta or cream cheese.

To make it, buy plain yoghurt with no gelatin, sweetener or flavouring added added. Line a colander or a strainer with paper towel or a coffee filter (or even clean panty hose), and set that in a bowl. Empty the yoghurt into the colander, and set in refrigerator for 24 hours until its volume has reduced by half. What remains in your strainer is yoghurt cheese.

Whether you use non-fat (skim) milk yoghurt or a higher fat yoghurt is up to you. It will be tarter if you use skim. Some people find the tang too sharp when they use skim yoghurt and add a drop of vanilla and / or a dash of sweetener such as sugar to compensate.

Some people suggest that yoghurt cheese is a good substitute for soft or fresh cheese that might be called for in reproducing Roman recipes, as some Roman cheeses are believed to have been very similar to this.