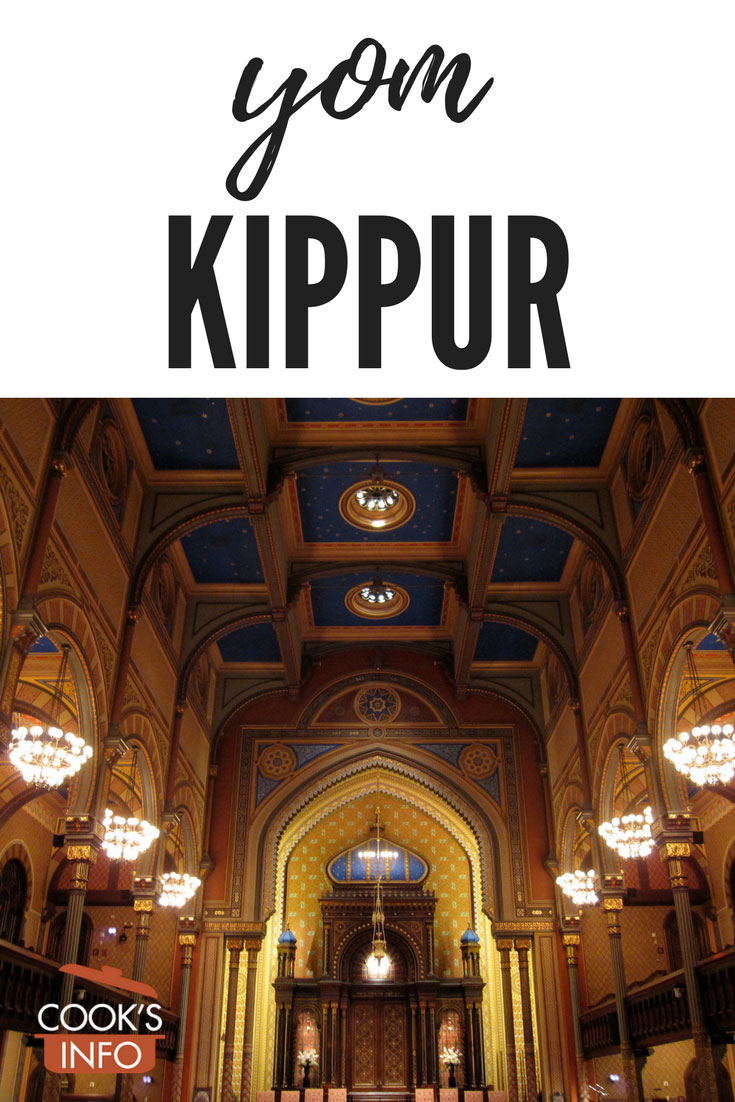 Yom Kippur is a day of atonement and repentance in the Jewish calendar. It is the end of a period of holidays that starts 10 days earlier with Rosh Hashanah.

Observance centres around synagogues. Services are held in the morning, and then again in the afternoon. Even people who rarely go will go on this day.

Observance of the day requires a complete fast, including liquids, including water, from sundown of the day before till sundown of this day. Consequently, just before the first sundown, everyone has a big meal, to help them get through, and when it’s all over, after the second sundown, easy and quick meals are prepared. The fasting is supposed to free you of physical desires, though a cynic might wonder how you’re supposed to forget about yours with your children constantly moaning that they’re hungry.

Though it’s a day of no work, you can cook during the day to have something ready for the evening when it’s all over — if your starving family can stand the smell of food. Many people try to make foods a day ahead that can stand in the refrigerator, so that you won’t be looking at food while you’re fasting. Some swear the worst part is caffeine withdrawal from no coffee.

In Israel, everything shuts down and the streets are deserted with no traffic except the occasional emergency vehicle.

The date of Yom Kippur is based on a lunar calendar, so its date in the Gregorian fixed calendar varies wildly each year.

The day before Yom Kippur, some still perform the “Kaparot.” You swing a live chicken or a rooster over your head (sic) and say “This is my exchange, this is my substitute, this is my atonement. This chicken will go to its death while I will enter and proceed to a good long life, and peace.” Men swing a rooster; women a chicken. Pregnant women get one of each to cover all bases. The chicken is then given to a butcher who will slaughter it and donate the meat to the poor.

It’s also approved to just wave money over your head, and give that away, instead. This can be easier to do in many modern cities where livestock is banned. 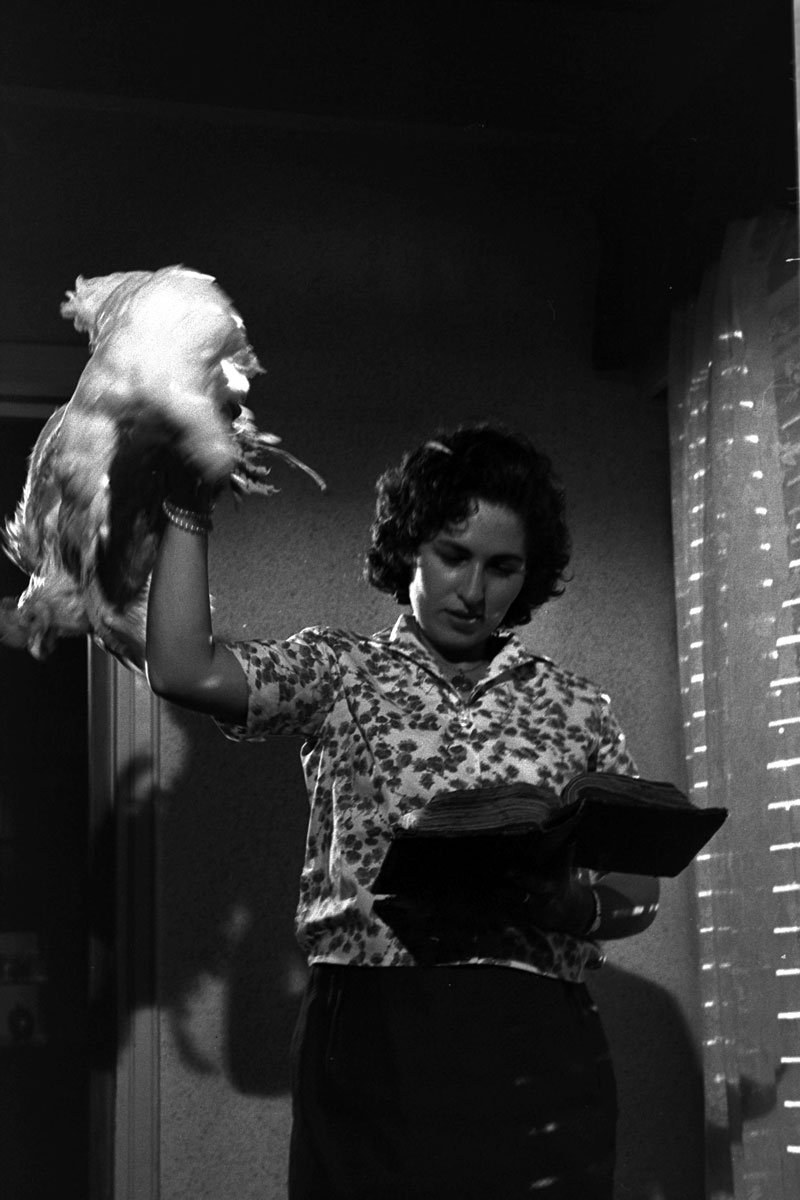 “The kapparot ceremony is usually performed at daybreak on the ninth day of Tishrei, erev Yom Kippur. A live chicken is held above one’s head and spun in a circular motion three times. During each revolution, the following phrase is said: ‘This exchange, this substitute, this atonement; this hen shall go to its death, but I shall go to a good, long life, and to peace.’ Following the ceremony, the chicken is taken to a shochet (ritual slaughterer), and its meat is given to the poor for their pre-Yom Kippur meal. The kapparot ceremony has been a part of Jewish practice for more than 1000 years. Kabbalists, most notably Rabbi Isaac Luria of Tzfat (known as the Arizal) and Rabbi Moshe Isserlis of Krakow (known as the Rama) sanctioned the observance of the kapparot ritual and regarded it as proper. They wrote that the ceremony has much mystical significance and should be performed by all Jews on erev [Ed: the eve of] Yom Kippur.

Many poskim (halachic decisors), however, wrote that the ritual is idolatrous in nature (due to its similarities to Christian practices), and the custom should be abolished. The Rashba, a well-known 13th century commentator on the Talmud, was a vocal opponent of the custom. His opinions were shared by Rabbi Moshe Ben Nachman, known as the Ramban. The Mechaber, who codified the Shulchan Aruch in the 16th century, wrote in Orach Chaim 605 that kapparot is a foolish practice and should be discontinued… it’s still the practice of many Chassidic sects to perform the ritual with a chicken, often in violation of city by-laws.” [1]Stavsky, Michael. Kapparot ritual’s controversial past. Toronto, Canada. Canadian Jewish News. 12 September 2010. 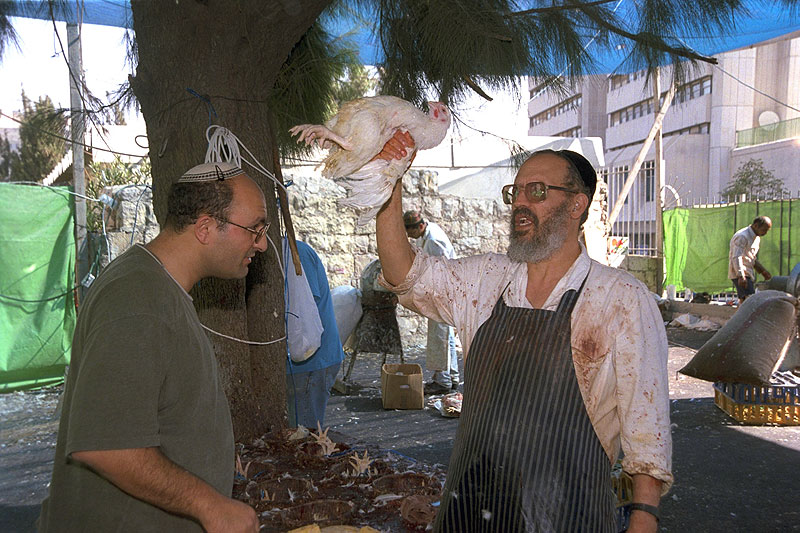 This web site generates income from affiliated links and ads at no cost to you to fund continued research · Information on this site is Copyright © 2023· Feel free to cite correctly, but copying whole pages for your website is content theft and will be DCMA'd.
Tagged With: Jewish Food