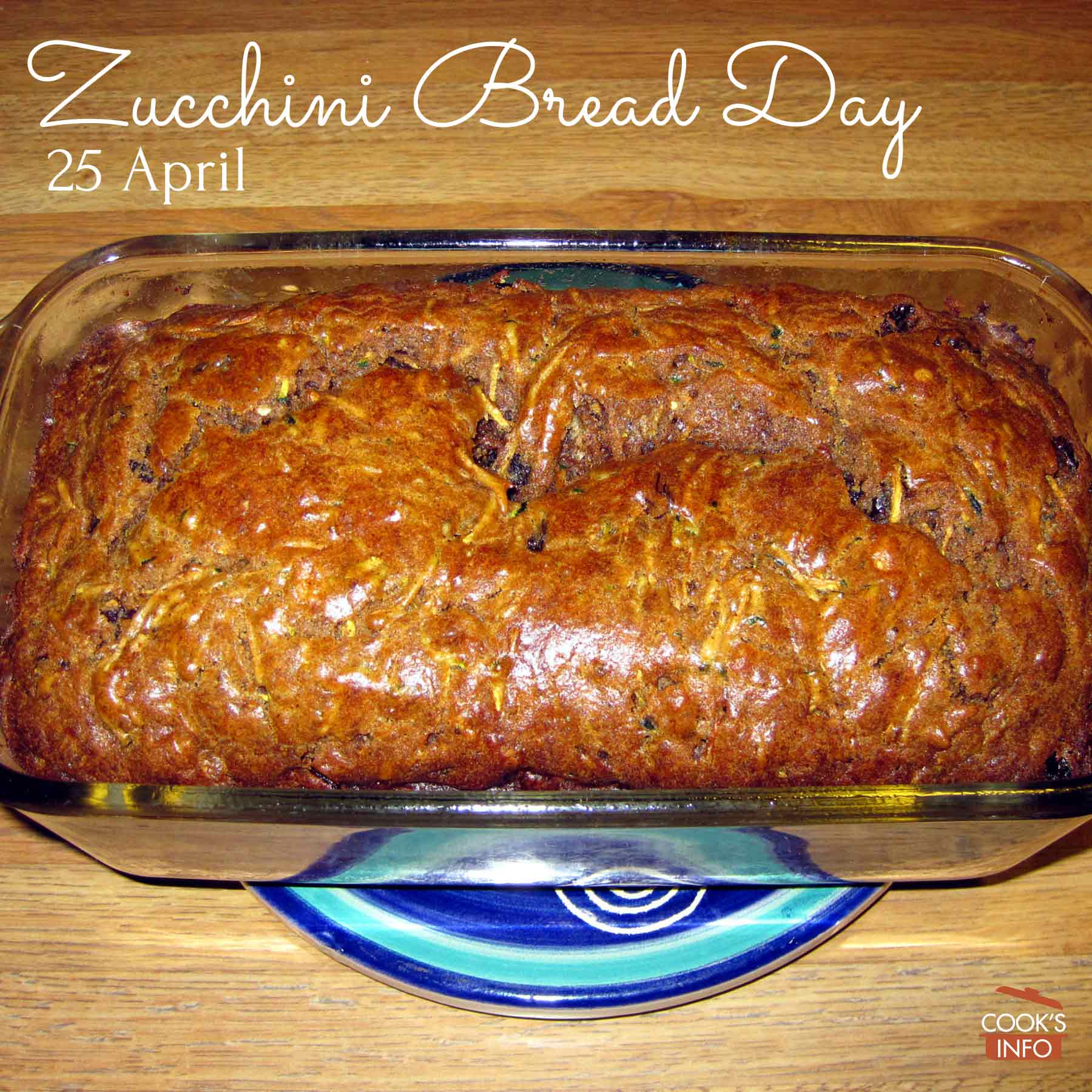 The 25th of April is Zucchini Bread Day.

At first blush, you might be tempted to ask who’s the bright spark who picked April for Zucchini Bread Day?

Maybe it was someone in Australia. Zucchini is harvested from November to May in Australia (depending on the part of Australia), with April being bumper crop time for zucchini down under.

In the northern hemisphere, the reason for having Zucchini Bread Day now could be to make it at a time when you can appreciate it. That’s the point of many of these food holidays, to make a novelty out of something that you take for granted at other times of the year by having it out of season. (Mind you, they also stem from the halcyon days time before “carbon footprint” was a thing.)

The earliest print mention CooksInfo has been able to find of an April ‘Zucchini Bread Day’ occurred in March 2003 in Florida:

This web site generates income from affiliated links and ads at no cost to you to fund continued research · Information on this site is Copyright © 2022· Feel free to cite correctly, but copying whole pages for your website is content theft and will be DCMA'd.
Tagged With: Zucchini