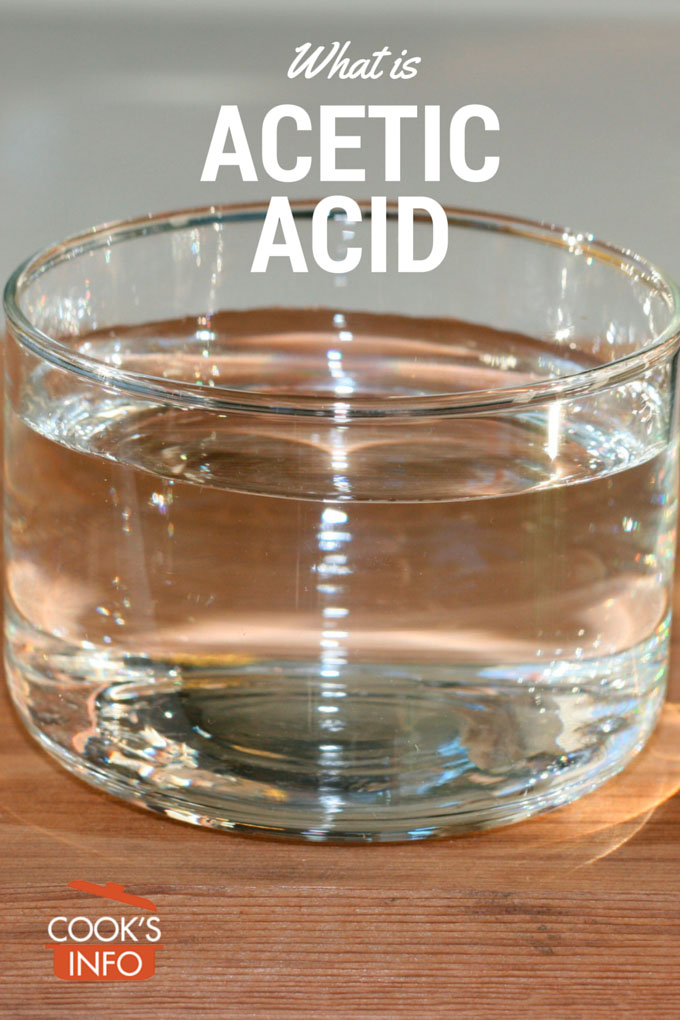 Pure acetic acid is clear with no colour. The smell is very irritating to the nose. The liquid is extremely corrosive to skin and it is not safe to consume. Acetic acid is very sour in taste even in diluted quantities.

Acetic acid results when wine or cider are allowed to ferment. First, alcohol is produced and then if fermentation is allowed to continue further, acetic acid. The bacteria that causes it is called acetobacter.

When diluted, acetic acid is called “vinegar.” The acid is what gives vinegar both its sharp pungent smell and sour taste. Most commercial, food grade vinegars these days contain between 4 to 8 % acetic acid. Agricultural use vinegars can have percentages of around 15 to 20%. For home canning purposes, be sure to use a vinegar 5% in strength or higher, unless a modern, lab-tested recipe calls for one lower in strength.

Its chemical formula is CH3COOH.

Acetic acid was first isolated at the start of the 1700s by distilling vinegar.

The name, “acetic”, comes from the Roman word for vinegar, which was “acetum“.

This web site generates income from affiliated links and ads at no cost to you to fund continued research · Information on this site is Copyright © 2022· Feel free to cite correctly, but copying whole pages for your website is content theft and will be DCMA'd.
Tagged With: Technical Terms, Vinegar