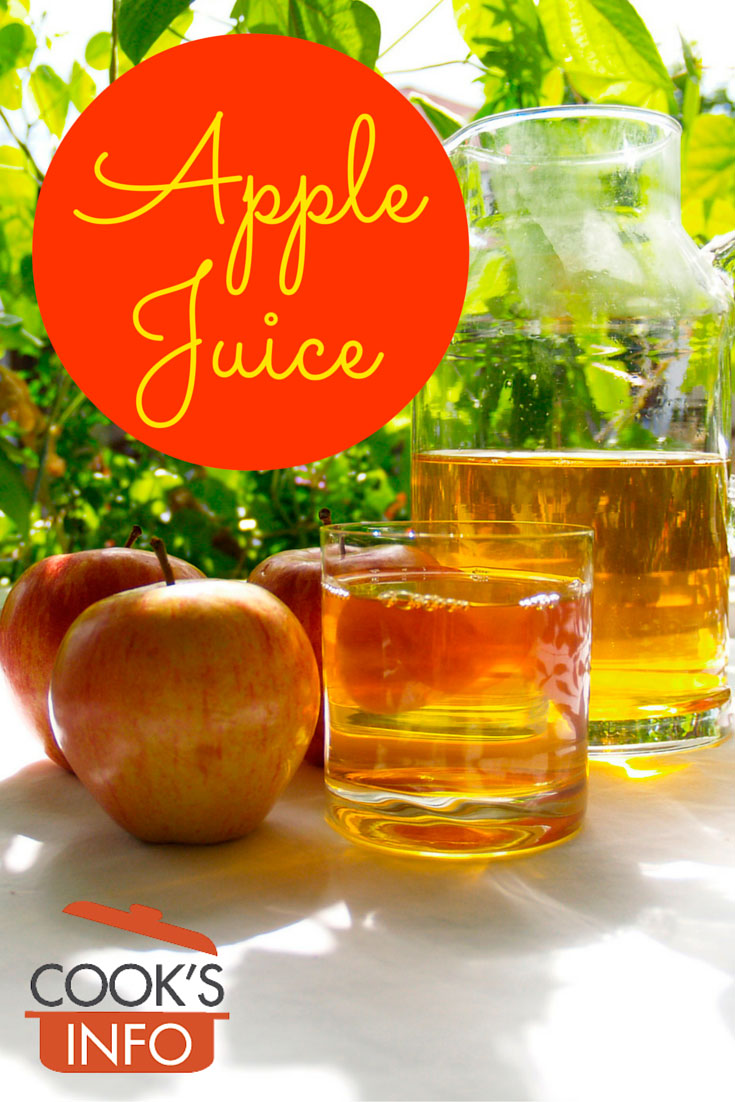 Apple Juice is the juice extracted from apples.

In small scale juicing operations, at home and for apple cider, apples are pressed to extract their juice. In large scale commercial operations, however, apples are spun instead of being pressed. The apples are put through a spin extraction process (usually.) The resultant juice is then filtered, clarified, pasteurized and heat treated so that it will be shelf-stable.

Debate rages over whether apple juice or a diet soft drink is better for children, because the diet soft drink doesn’t have all the sugar in it that can quickly rot teeth. It’s your call as a parent, but if you decide in favour of apple juice, you may wish to check the can, because there has been some concern about how much apple is actually in apple juice. In 1987, one American company was even convicted for making apple juice made from apple concentrate that turned out to be essentially corn syrup; most of the apple flavour in the resulting juice was synthesized. Labelling laws won’t help you when someone sets out to deliberately deceive; but they will usually.

You can use apple juice to glaze hams or poultry with, poach fish in, or as a more flavourful substitute for water in many bread, cake and muffin recipes.

Many people worry about cyanide from apple seeds (which do contain trace amounts of cyanide) being in their commercial apple juice. The spin extraction process doesn’t crush and shred the seeds to release it.

When making apple juice at home, you may if you wish core your apples to remove the seeds. Most people don’t bother, figuring that the trace amounts are so small that it’s not worth worrying about (cyanide does not build up in the body; it passes through.)

If you juice apples with their skins on, you will get a cloudy juice. But, it may be healthier. Some of the bio-flavonoids, quercetin and some of the fibre in the skin will come into the juice. The downside is that it looks less appealing and people might think something is wrong with the juice you are offering them, as they are trained by modern commercial products to think that apple juice is clear. One would want for sure to make sure that the apples had been thoroughly washed. 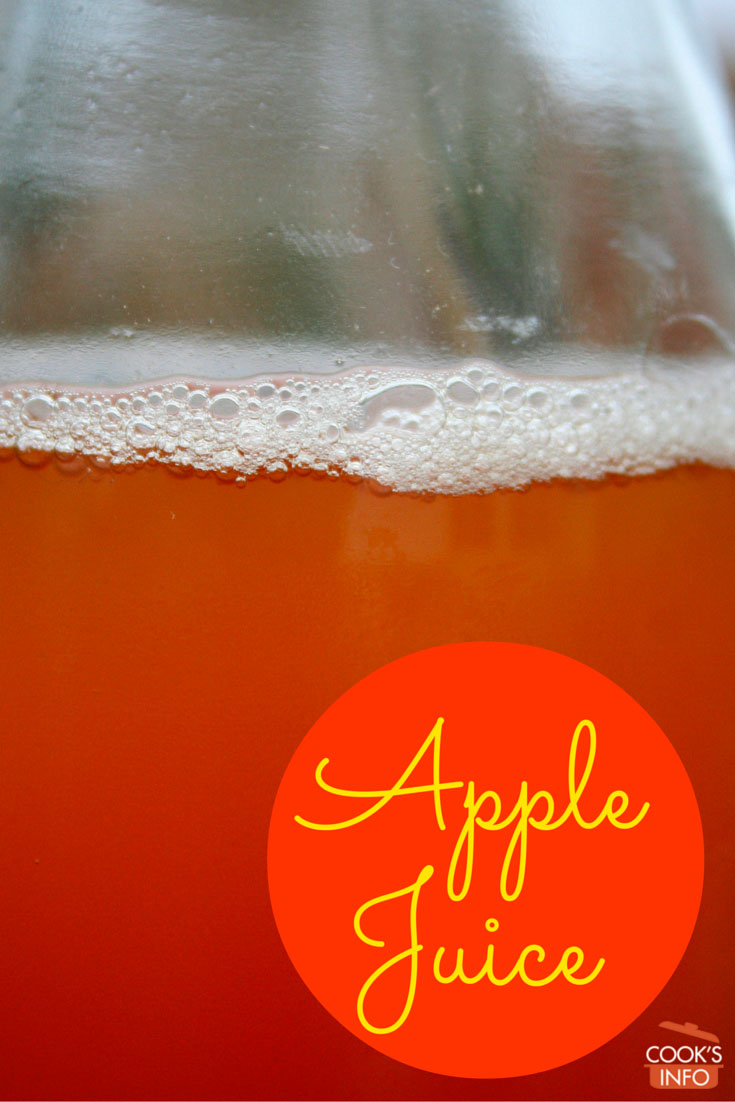