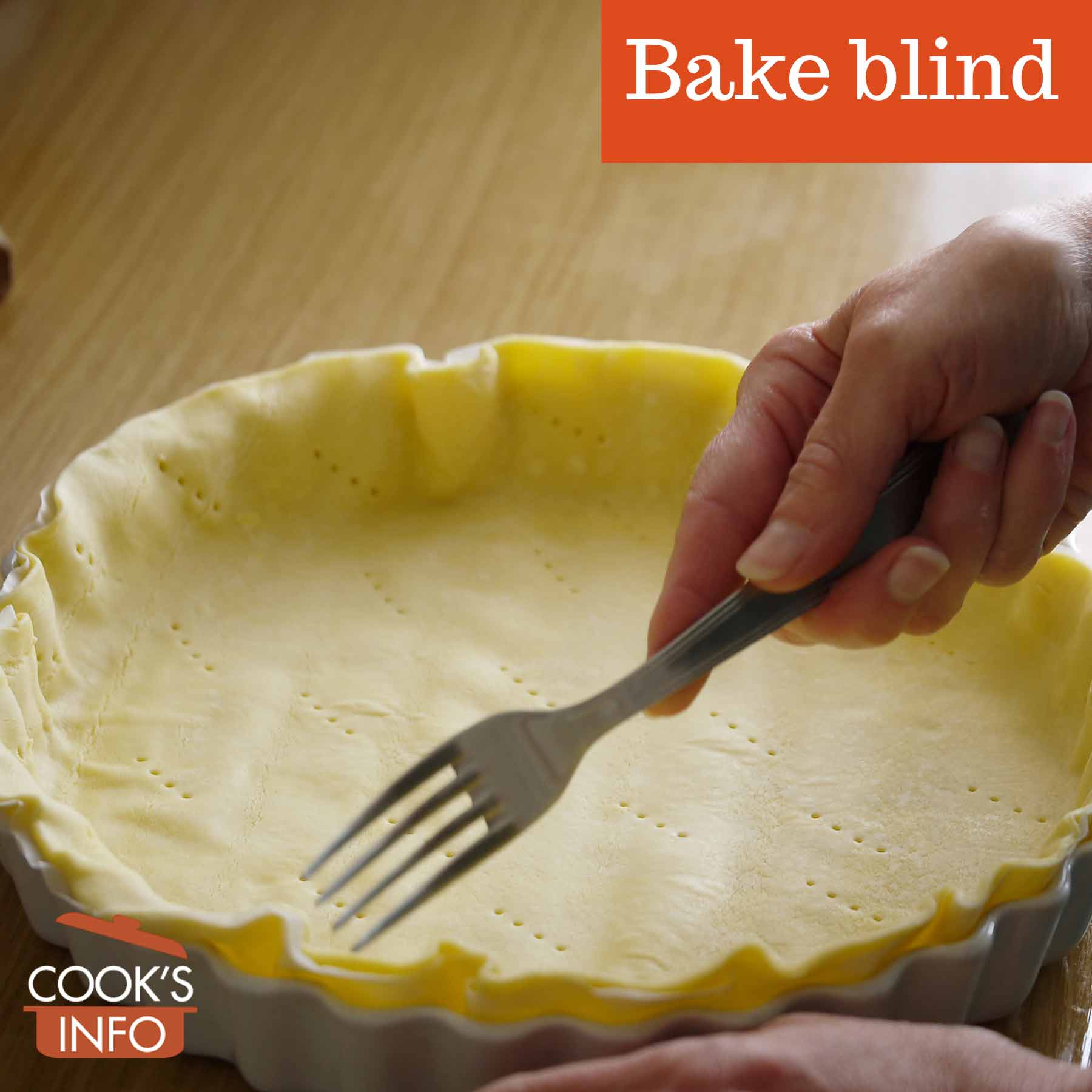 Baking blind is to bake a pie shell empty of any contents in it, to harden and dry it. You do this for this pies whose contents — such as Lemon Meringue Pie — wouldn’t stand up to the full cooking time required for the crust. So you give the crust a head start. It is also done for pies whose contents would be too soggy to allow the crust to fully cook without that head start.

The key is to ensure that the bottom doesn’t rise or puff. This is typically effected in one of two ways:

If you want to use weights to bake blind with then treat yourself to the ceramic beans, or put them on your suggested gift list the next time your birthday rolls round. That way, you won’t have to waste real beans or lentils. Even though you can re-use the beans or lentils a few times, you wouldn’t want to for very long as eventually they’d get a bit iffy from picking up fat from the crusts; and it may be better if you at least have something ceramic that you can toss in the dishwasher cutlery basket and sanitize properly.

Baking blind in Roman and medieval times was always done with just the pie crust on its own. Using a weight of beans or ceramic baubles appears to be a modern practice.