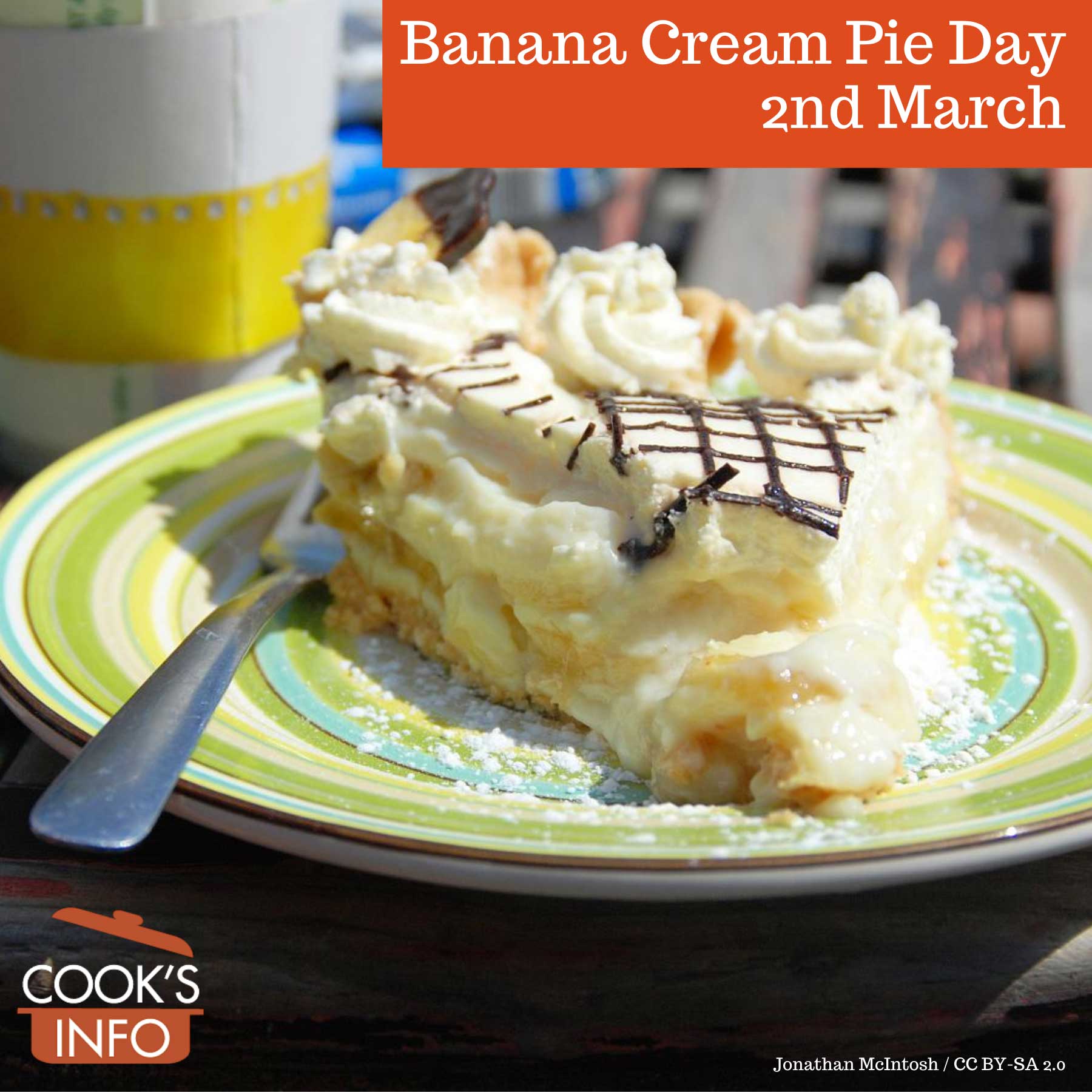 When’s the last time you had a slice of banana cream pie? If it’s been a while, make today the day you get reacquainted!

Banana cream pie is a relatively recent dessert in culinary history, simply because it’s only relatively recently that sweet bananas were available so affordably to so many consumers. It became popular as bananas became an everyday item on Western supermarket shelves.

Now, it is seen as a very retro dessert, reminiscent of lunch-counter dining from days gone by.

The earliest mention that CooksInfo has found of a March 2nd Banana Cream Pie Day in print archives dates from 2010 in South Dakota:

“[Tuesday, 2 March 2010] kicked off with Bible Study with Pastor Cook. After that, we had menu comm. meeting after and exercised with sticks. After dinner we played cards. We visited during coffee time. It was banana cream pie day so we had some pie for snack and boy was it good. In the evening we played bingo.” (Golden Living Center News. Armour, SD. Platte, Charles Mix County, South Dakota: The Platte Enterprise. Thursday, 11 March 2010. Page 3, col. 4.)

This web site generates income from affiliated links and ads at no cost to you to fund continued research · Information on this site is Copyright © 2022· Feel free to cite correctly, but copying whole pages for your website is content theft and will be DCMA'd.
Tagged With: Bananas