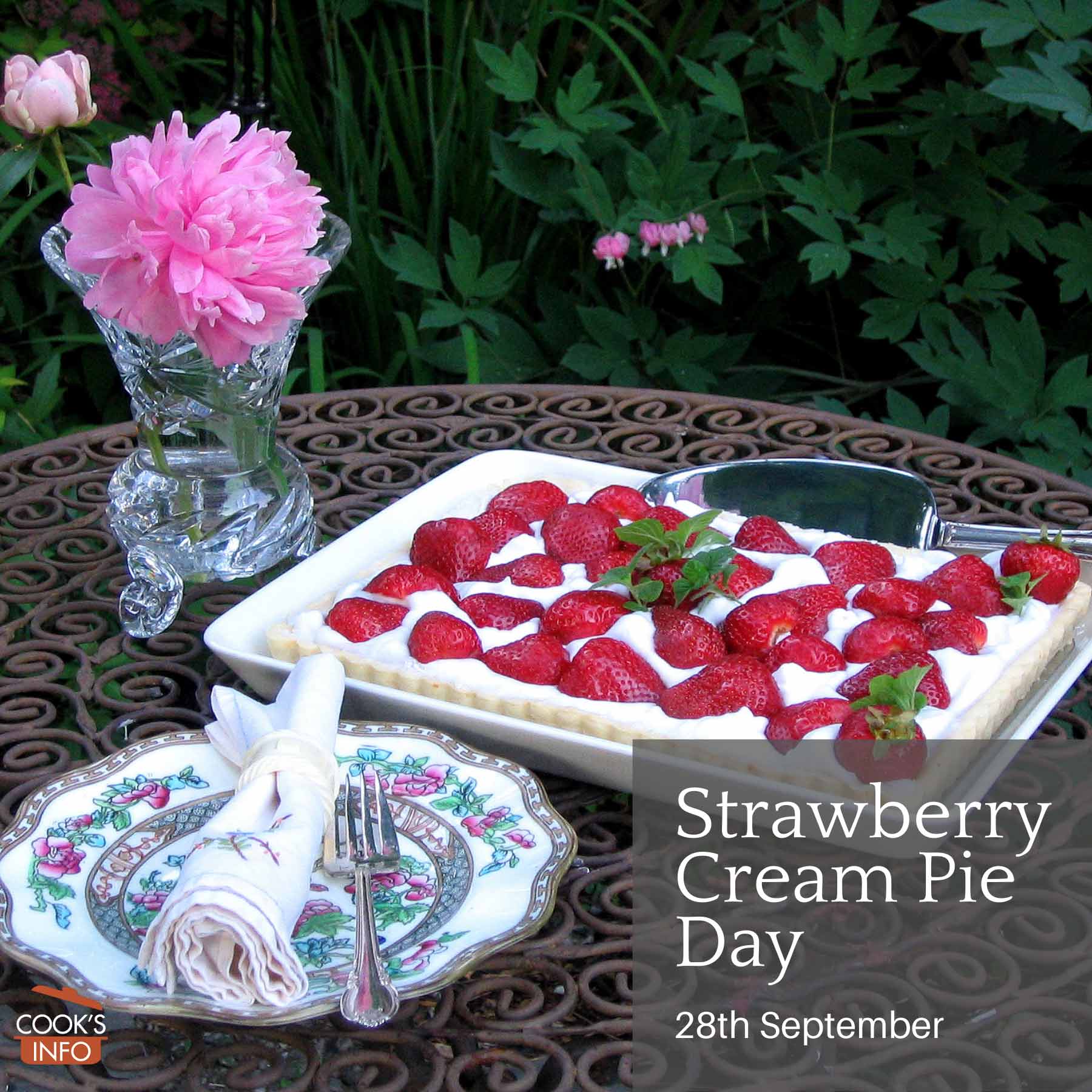 The 28th of September is Strawberry Cream Pie Day.

There are many different types of Strawberry Cream Pie.

Some types use custard, some cream cheese, some use a version of whipped cream as the filling.

The pie itself can be put into a regular short-crust pie shell, or one made from Graham wafer crumbs or digestive biscuit crumbs.

The lingering question is, though, why on earth September? Perhaps it’s a ploy to promote out-of-season strawberries. Even in the southern hemisphere, the strawberry season hasn’t started yet: in Australia, it is October through May.

Clearly, many of these food days date from an era when celebrating the modern miracle of out-of-season fresh food took priority over sustainability. But you can flip this around by using some of the strawberries you preserved by freezing, canning, or dehydrating back at the start of the summer!

Oh well! Treat yourself and a friend to some of this classic summer pie — in the fall!

The first print mention of a “Strawberry Cream Pie Day” on the 28th of September that CooksInfo is aware of dates from 2004 in Florida:

The same notice appeared at the same time in other newspapers in other states, which appeared to be part of a chain of newspapers.

This web site generates income from affiliated links and ads at no cost to you to fund continued research · Information on this site is Copyright © 2022· Feel free to cite correctly, but copying whole pages for your website is content theft and will be DCMA'd.
Tagged With: Strawberries