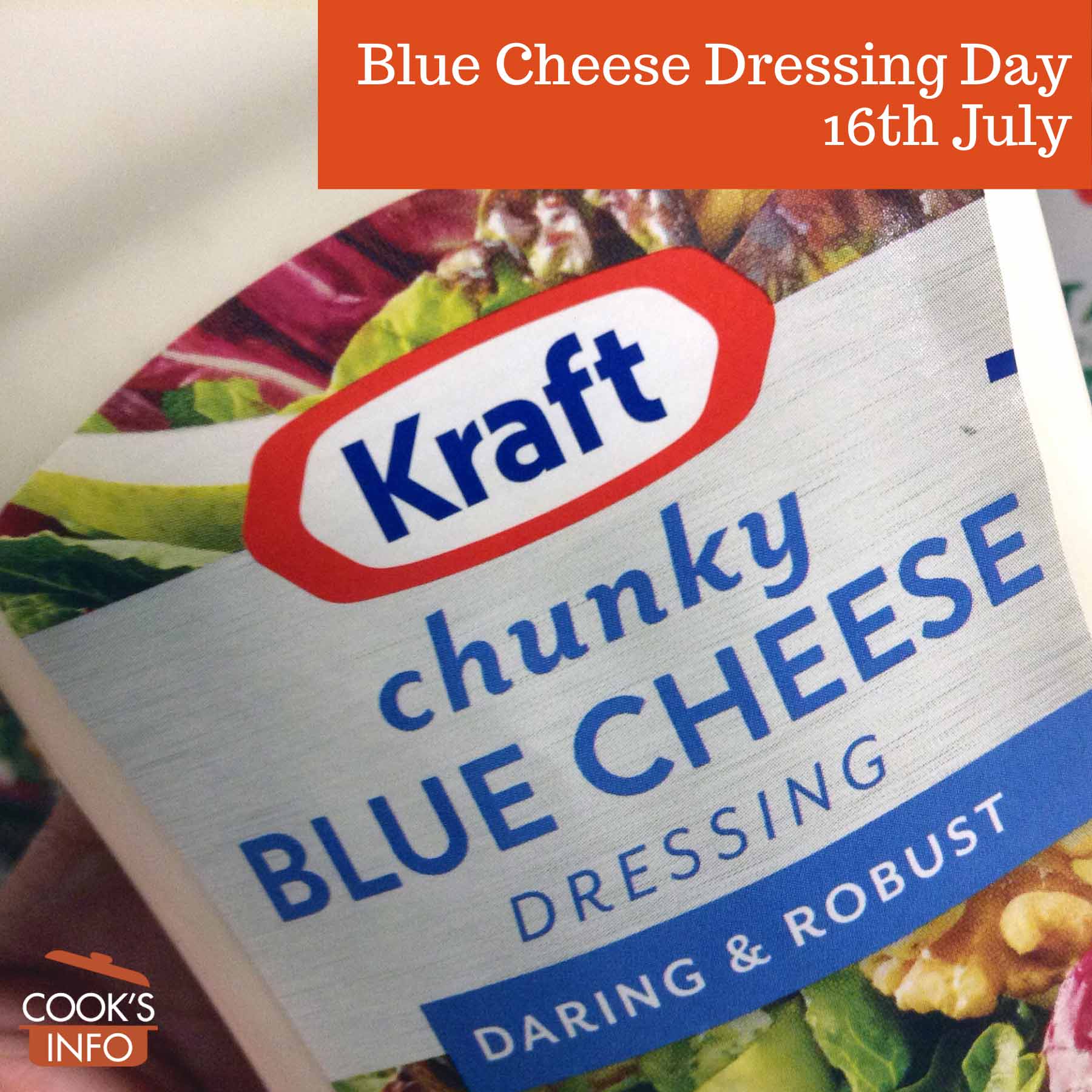 If you are a blue cheese dressing fan, today is your day. You get to have it at breakfast, lunch, dinner and maybe with a late-night snack as well!

Bottled or homemade, both count!

Blue Cheese Dressing Day was started in 2018 by Drew Cerza of Buffalo, who makes Buffalo Wings.

Frank’s Red Hot Sauce had sent out a tweet in March 2018, mistakenly saying that Buffalo Wings are served with ranch dressing, instead of blue cheese sauce.

Drew corrected them, and together they decided that since ranch dressing had its own calendar day in March, blue cheese dressing should, too.

For the first observance of the day, Buffalo’s Electric Tower was light up in blue. At that night’s Buffalo Bisons game, fans attending the game were invited to turn in (unopened) bottles of ranch dressing (which were then distributed to food banks), and to bob for chicken wings in a vat of blue cheese dressing.

This web site generates income from affiliated links and ads at no cost to you to fund continued research · Information on this site is Copyright © 2022· Feel free to cite correctly, but copying whole pages for your website is content theft and will be DCMA'd.
Tagged With: Blue Cheese, Salad Dressings