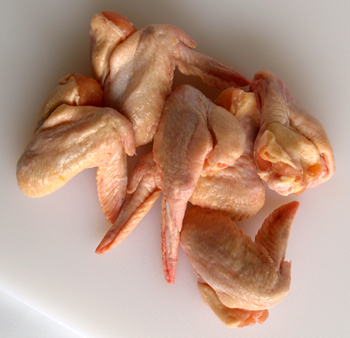 From the 1960s to the 1990s, Chicken Wings were essentially “garbage meat” that you could buy for a song at supermarkets and boil down for soups and stews. Many will remember more than a few boiled dinners made with Chicken Wings while growing up: they were fiddly to eat, but you didn’t mind because boiled dinners meant dumplings.

Then, suddenly, Chicken Wings became the hippest finger food at every bar and pub. And when we looked at the price of them in a supermarket in the late 1990s, the price of a package of Chicken Wings was enough to make us gasp and figure we might as well have steak. It stands to reason, though: with the restaurant trade taking up so much of the supply now, what’s left for supermarkets is more expensive.

It seemed like the rise of Chicken Wings came out of the blue, but it was actually percolating just below the surface for all those years, until it finally exploded and caught on everywhere. Since 1964, in fact, when a restaurant named “The Anchor” in Buffalo, New York, came up with a tasty idea for serving up a cheap meat to its customers. Though there are now a thousand different variations on how to cook wings, and every bar claims its are the tastiest, Buffalo Wings (originally from the Anchor Restaurant in Buffalo) are the ones that are famous throughout North America.

In North America, Chicken Wings are particularly associated with prime sporting events on TV, such as the Super Bowl, because they are an informal food that is easy to share. During Super Bowl weekend, Americans will eat 1.25 billion chicken wings.

Chicken Wings are now too expensive to be used the way we used to use them; other meats have now become the “economical meat” in their place. For the price of a package of raw Chicken Wings, you can get a whole chicken. Or for half the price, a package of legs.

Even though wings are dark meat, people who don’t like dark meat seem to like them in pubs when served up in a spicy sauce. Wings are a good choice to use for “wings”, as it were, because they have a high ratio of surface area to meat, allowing lots of surface for the sauce to stick onto.

Most wings in North America are from broiler chickens. Both the female and male chickens (cockerells, not yet roosters) are slaughtered at 6 to 8 weeks old, weighing about 1.4 kg. The rest of the bird is, of course, sold for other purposes.

A typical chicken wing has less than 1 oz of meat on it.

If you’re eating Chicken Wings, you’re probably eating the skin, which is very fatty. If you’re watching your fat intake, you shouldn’t be having Chicken Wings — or that basket of onions rings on the side.

The Anchor Bar’s wings were created in 1964 by Teressa Bellissimo, wife of the bar’s owner, Dominic. She deep-fried chicken wings, and applied a home-made sauce to them.

Ormsby, Mary. Why did the chicken wing restaurant close for the Super Bowl? Toronto, Canada: The Toronto Star. 6 February 2011.

This web site generates income from affiliated links and ads at no cost to you to fund continued research · Information on this site is Copyright © 2022· Feel free to cite correctly, but copying whole pages for your website is content theft and will be DCMA'd.
Tagged With: American Food, Savoury Dishes