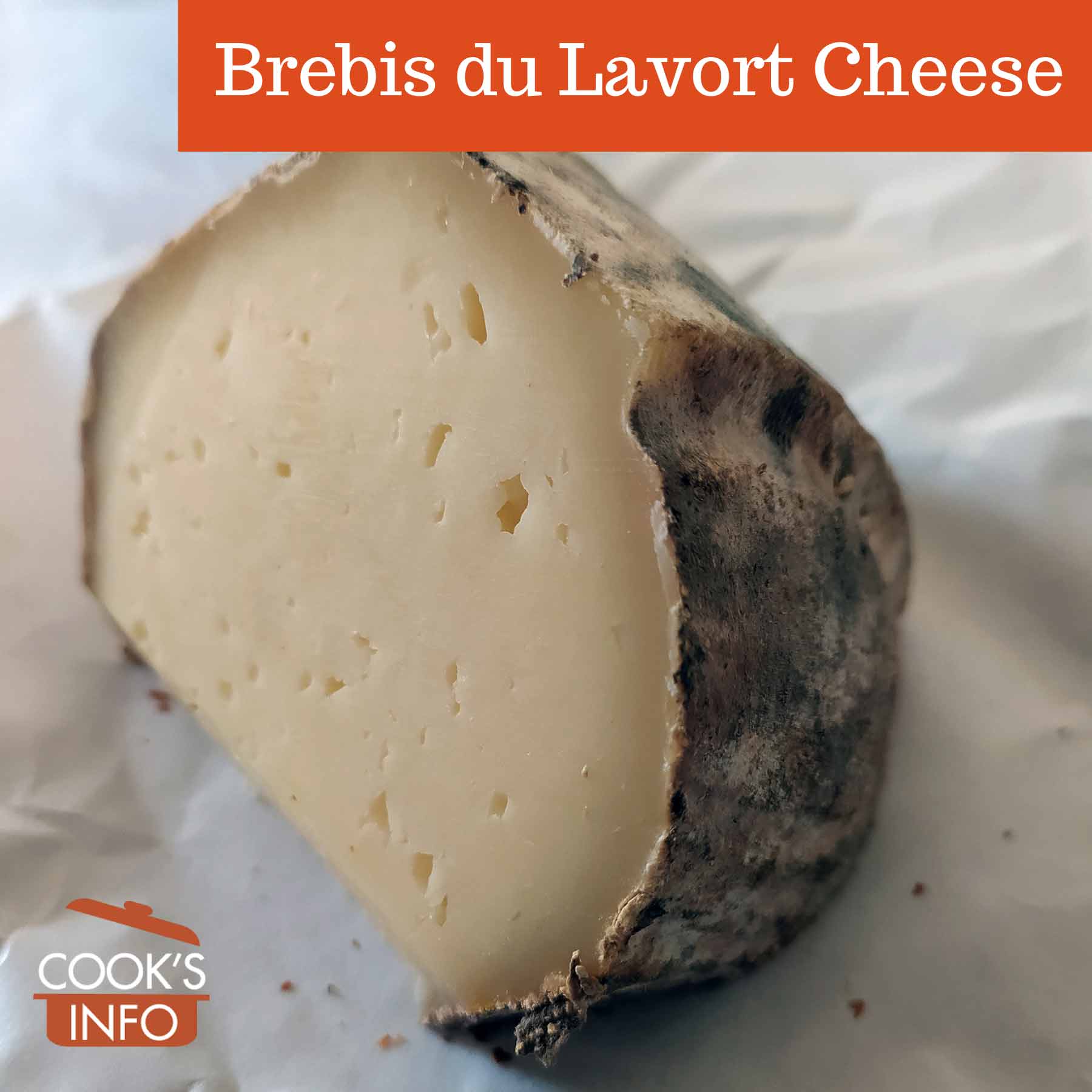 Brebis du Lavort Cheese is a soft, creamy cheese with a sweet, nutty taste. It is so soft that its centre sinks in a bit. It is shaped somewhat like a small pumpkin.

It is made at the Fromagerie de Terre-Dieu in Auvergne, France, using unpasteurized sheep’s milk from Lacaune sheep. Despite using unpasteurized milk, the producers of the cheese stress their efforts to prevent Listeria, right down to the food the animals are fed.

The milk is heated, taking care that the temperature does not go above 37 C (98 F). The curd is then drained, cut, and put into a mould in which it is pressed. The cheese is then soaked in brine for 24 hours. The cheese is then aged on fir wood shelves below (10 C) for 3 to 6 months in the cellar of an old water tower. During this time, the rind develops a thick mould.

Brebis du Lavort Cheese is made in two sizes:

Brebis du Lavort Cheese is a “new” cheese, created in 1989 by a Pierre Troisgros.

Brebis du Lavort Cheese was named after the region it was first made in, Lavort, France.

This web site generates income from affiliated links and ads at no cost to you to fund continued research · Information on this site is Copyright © 2022· Feel free to cite correctly, but copying whole pages for your website is content theft and will be DCMA'd.
Tagged With: Auvergne Cheeses