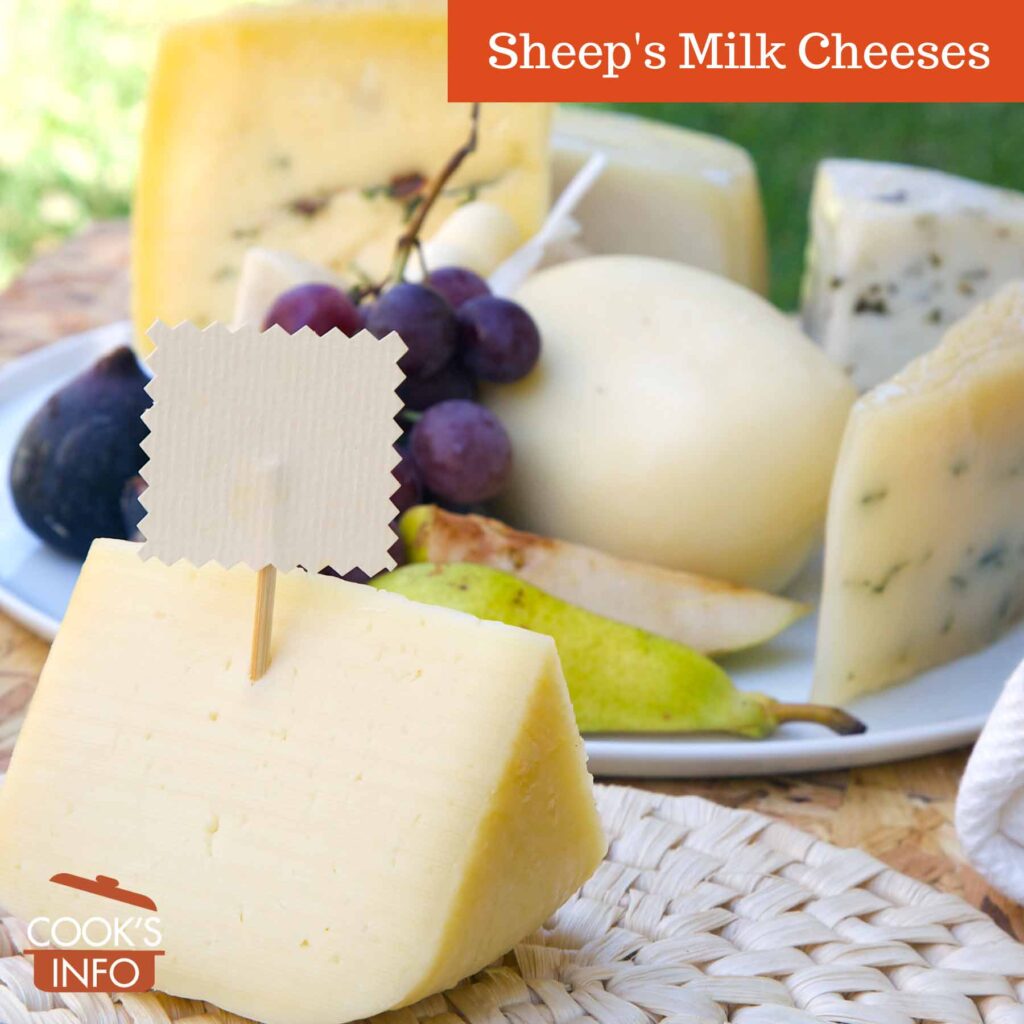 “Sheep’s milk cheeses” is a term referring to cheese made with milk from sheep. In French, these are often referred to as “brebis” cheeses, and in Italian, as “pecorini“.

Specialised dairy breeds of sheep include British Friesland and the French breed Lacaune. These sheep can produce about 2 ½ litres a day.

Sheep’s milk is often referred to as “ewe’s milk”.

Hundreds of years ago, sheep’s milk cheeses would have been cheaper than cheeses made from cow’s milk, as cows were kept primarily for labour, not milking, and there were no great cow dairy herds or farms. Now, the situation has reversed, and the sheep’s milk cheeses are the specialty ones.

Sheep’s milk cheeses have the longest tradition in Greece, Italy and Spain. France is a relative newcomer to the scene, with most of the influence coming over the Pyrénées across the Spanish border.

Traditionally, such cheeses were not really a northern thing. By 2010, though, the British Sheep Dairying Association reckoned there were at least 15,000 sheep being milked in the UK, and around 70 British Sheep’s Milk Cheeses. [1]Shepard, Anna. British cheeses that are a real shepherd’s delight: Roll over Roquefort, there’s new sheep’s cheese on the block — and sales are rising. London: The Times. 1 April 2010.

This web site generates income from affiliated links and ads at no cost to you to fund continued research · Information on this site is Copyright © 2022· Feel free to cite correctly, but copying whole pages for your website is content theft and will be DCMA'd.
Tagged With: Cheese Technical Terms