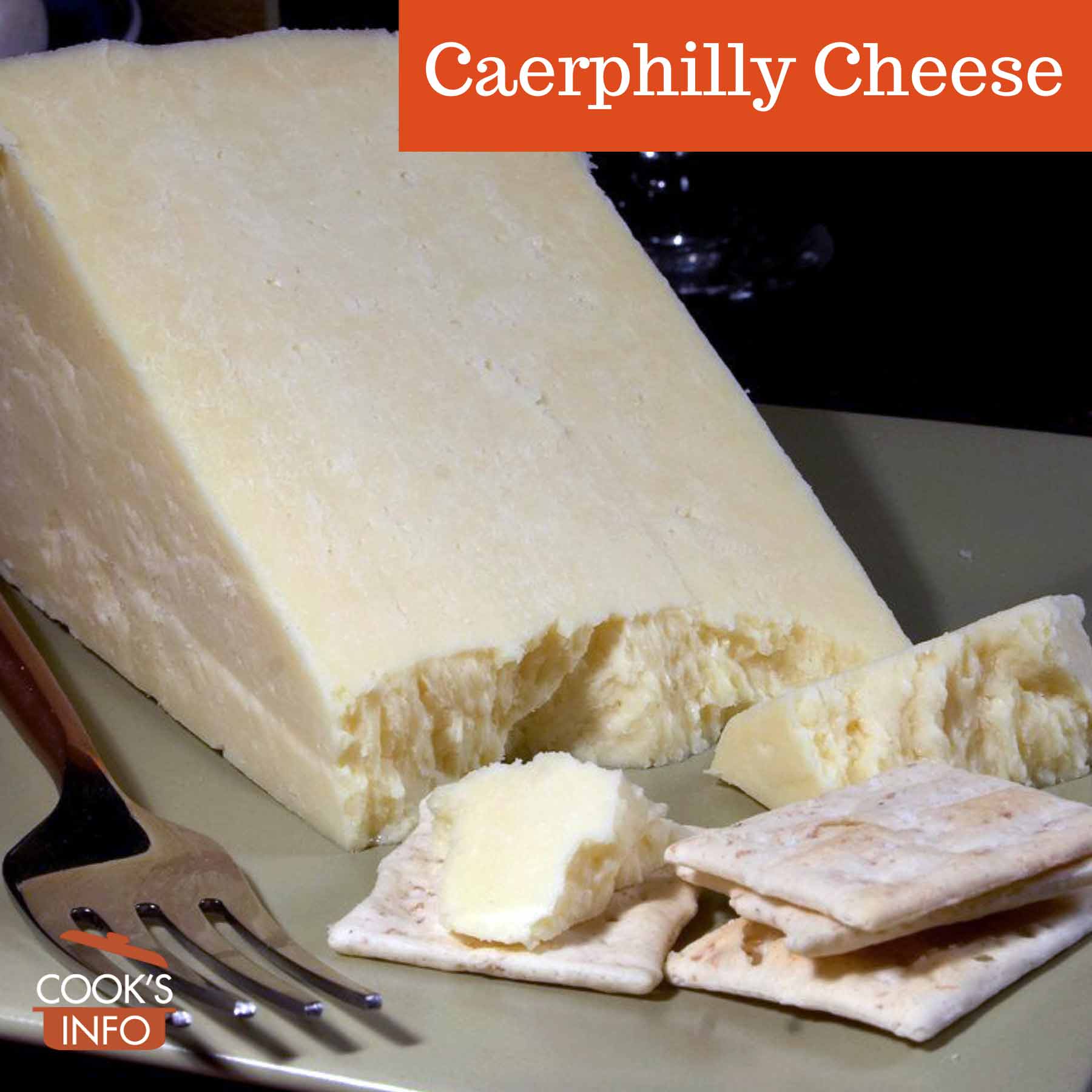 Caerphilly is a variety of cheddar cheese associated with Caerphilly, Wales. There is no legal requirement, however, for the cheese to be made there, or even in Wales, for that matter.

Caerphilly is made from unpasteurized cows’ milk. The milk is heated to 32 C (90 F). Culture and rennet are added. The rennet may be vegetarian or animal, again, depending on the brand. The milk is let stand for 30 minutes to curdle, then the curd is cut into small pieces, stirred, and the temperature raised to 33 C (92 F). The curd is cut again into somewhat larger pieces (2 to 3 cm / 1 inch), salted, put into moulds which are pressed overnight, then immersed in brine for 24 hours. After this, the cheese is put in a ripening room at 15 C (60 F ).

Depending on the brand, it is matured anywhere from 8 to 10 to 14 days. Some brands, such as Gorwydd Caerphilly (pronounced Gorwith Carefilly), are aged 4 to 12 weeks.

Caerphilly cheeses are crumbly and off-white inside a pale ivory rind which is covered with a fine, powdery flour (rice flour is used now.)

Gorwydd Caerphilly looks different: it has a stripe of white at the centre of the off-white cheese, and the rind is very dark, almost black. The cheeses have a sharp smell and a slightly sour tang to the taste. As they mature, the skin becomes thicker and the cheese creamier and less crumbly. Gorwydd Caerphilly is made by a Todd Trethowan and his family at Gorwydd Farm near Tregaron, Ceredigion, Wales.

In Wales, the cheese is now largely being made by Castle Dairies just outside Caerphilly (Pontygwindy Industrial Estate.) Tesco’s own brand of Caerphilly Cheese is actually made for them in Cheshire, England by the Joseph Heler Creamery.

Caerphilly Cheese is available in the UK and the United States.

There is an annual cheese race in Caerphilly: a wheel of cheese on a tray has to be carried by two people and raced around the castle. 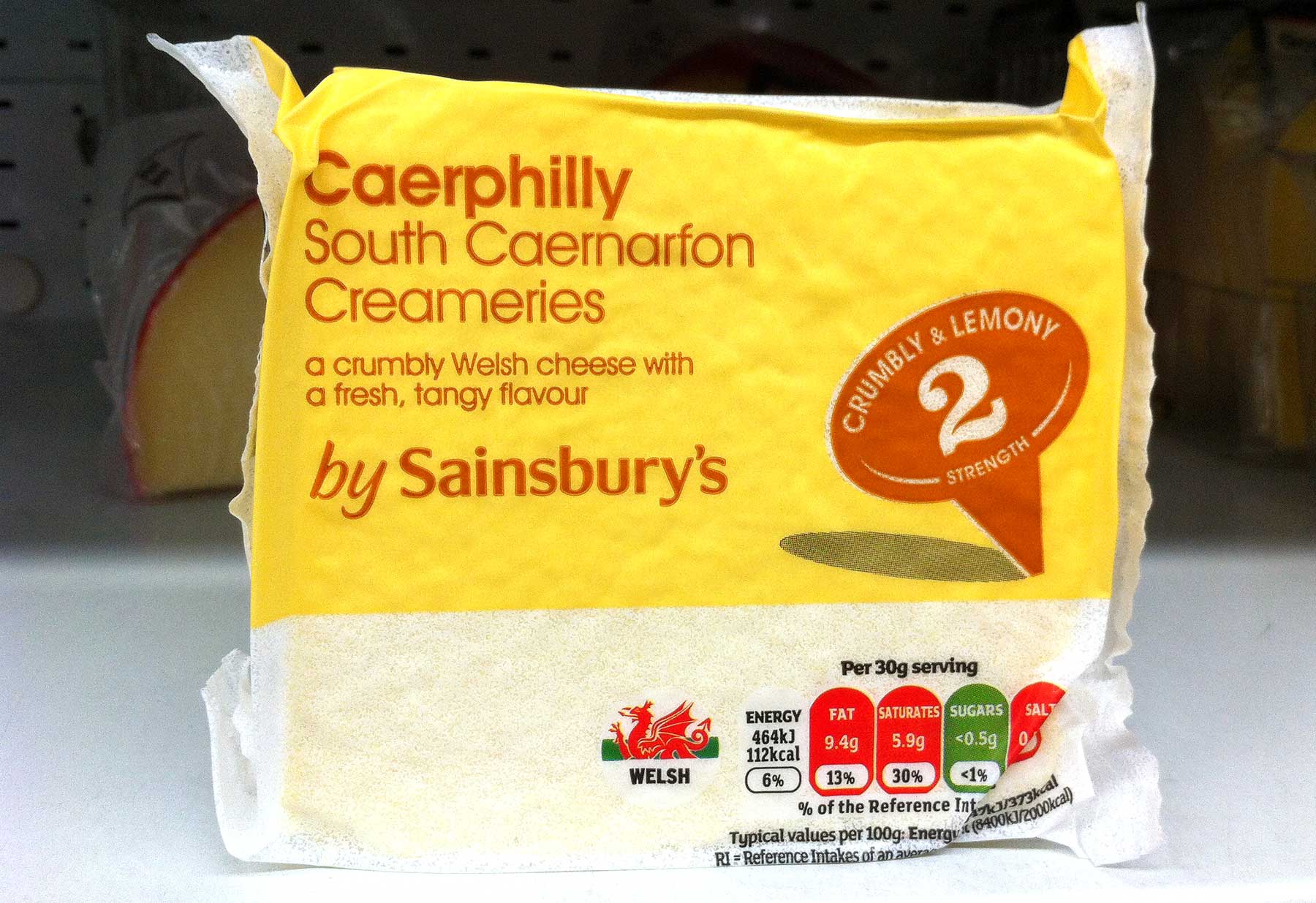 The fat content is generally 48%, but reduced fat versions of around 31% are available.

The Romans built a fort at Caerphilly in 75 AD. The name means, in Welsh, caer (fort) and Ffili (apparently the son of Saint Cenydd). Construction of the castle was started in 1268 or 1271 by Gilbert de Clare, an Anglo-Norman, whose people had conquered Wales.

The town of Caerphilly grew up as a market town around Caerphilly Castle, the second largest castle in Europe (after Windsor.)

Many sources repeat the story that it was popular with Welsh miners because cheese was known to absorb the toxic substances in the air. And after it had absorbed all those toxins, they ate it? More likely, it was popular with them, and everybody else, because it was produced locally and therefore cheaper than other cheeses such as cheddar which had to be brought in by train. And cheese was an easy, high-protein food to carry down in their lunch tins.

By 1910, cheesemakers in Somerset, England, who had usually made cheddar, cottoned onto Caerphilly, whose maturing period was far shorter than that of cheddar which meant a way quicker payback. Today, most Caerphilly is still actually made in Somerset.

Production has been interrupted twice. The first time was during the Second World War when production of all cheese except National Cheddar was forbidden for the sake of rationing.

There was nought to be heard but Cheese! Cheese! all the time,
Yes, Cheese! Cheese! and Cheese! without ending:
I verily thought that the people of Wales
On nothing but cheese were depending.
Were you to heap up every cheese upon cheese,
And I to climb up had the power,
I could change the moon every noon with great ease
From the top of Caerphilly’s Cheese Tower.
— Welsh bard Telynog, 1858 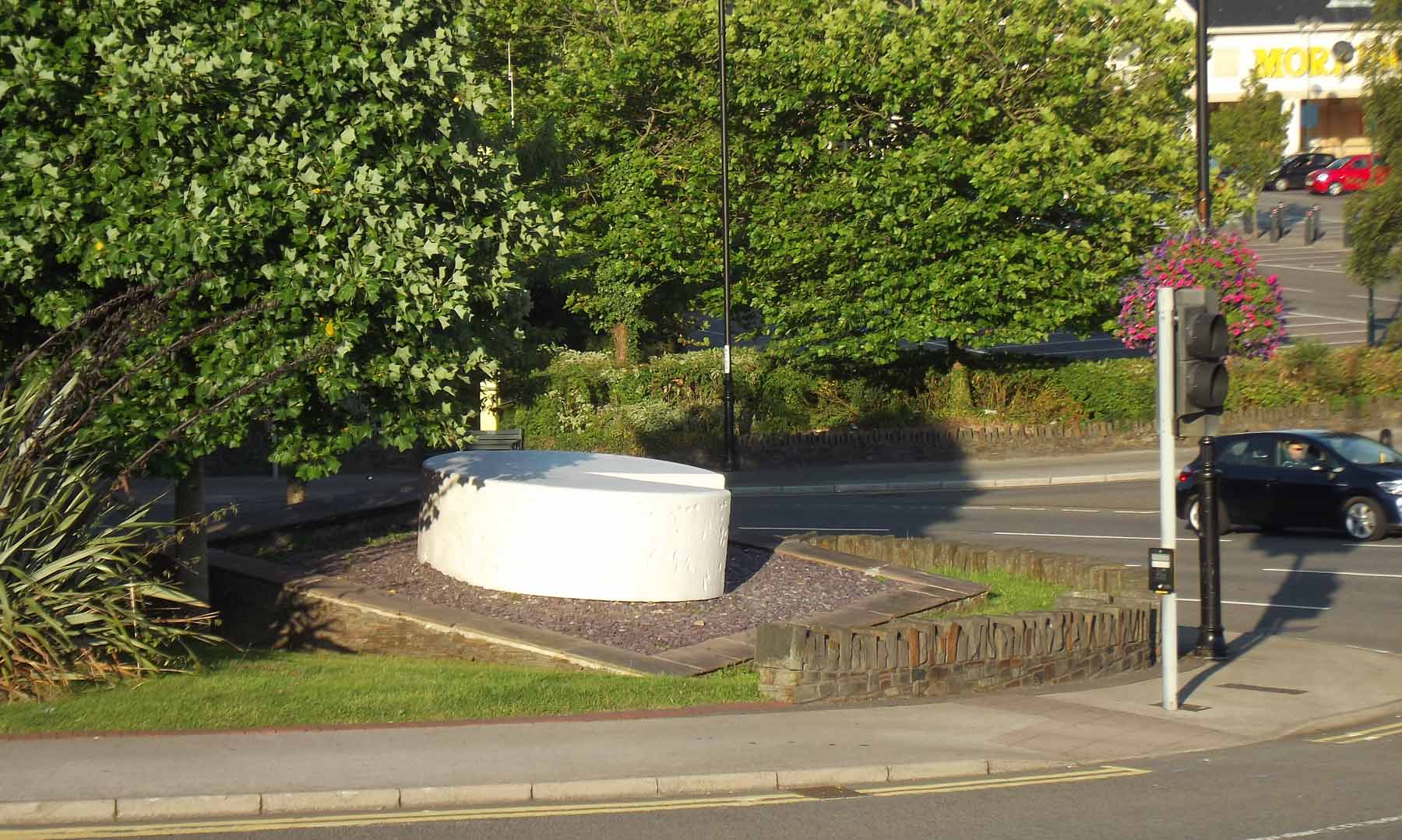 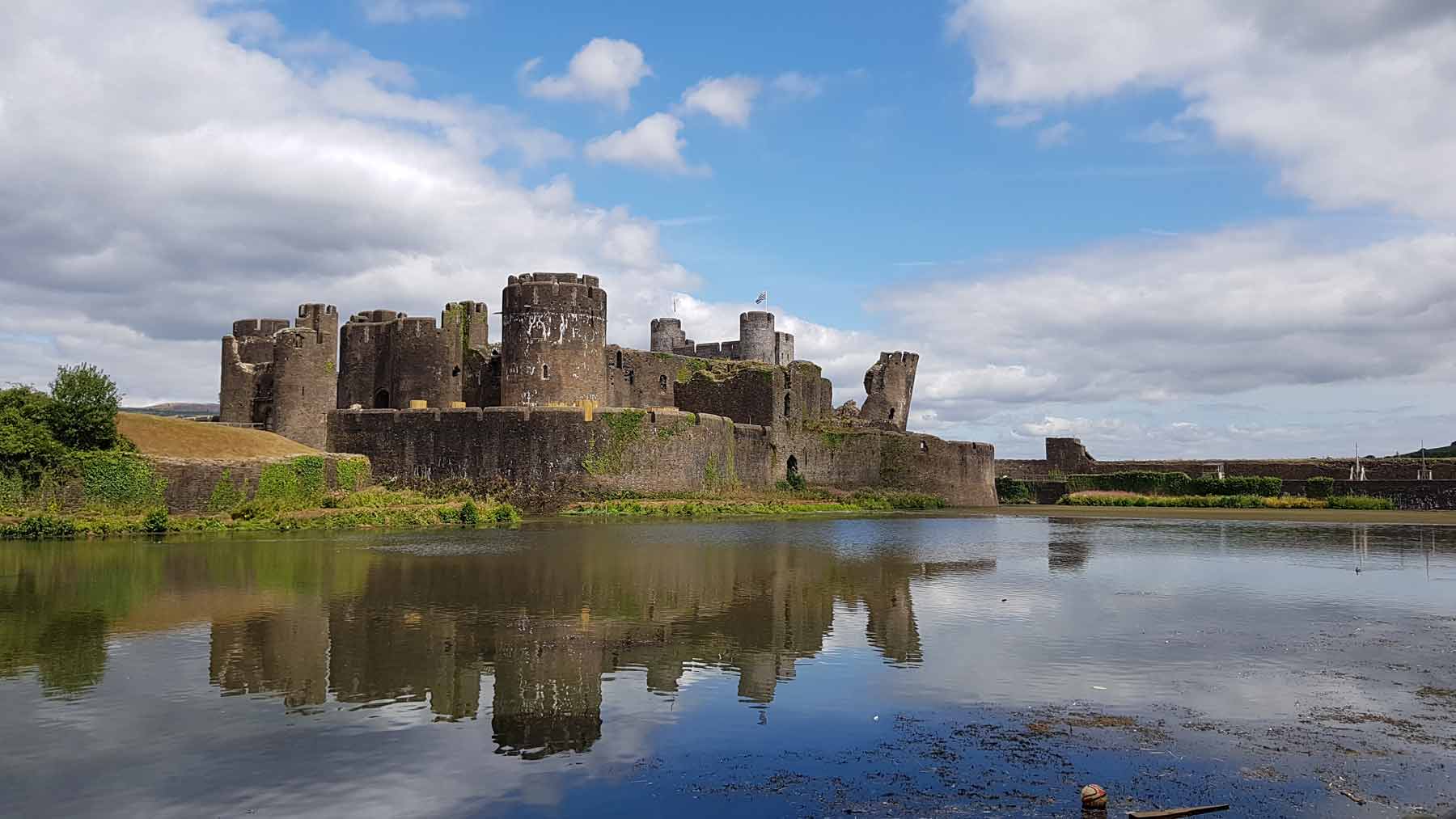 This web site generates income from affiliated links and ads at no cost to you to fund continued research · Information on this site is Copyright © 2022· Feel free to cite correctly, but copying whole pages for your website is content theft and will be DCMA'd.
Tagged With: British Cheeses, Welsh Food