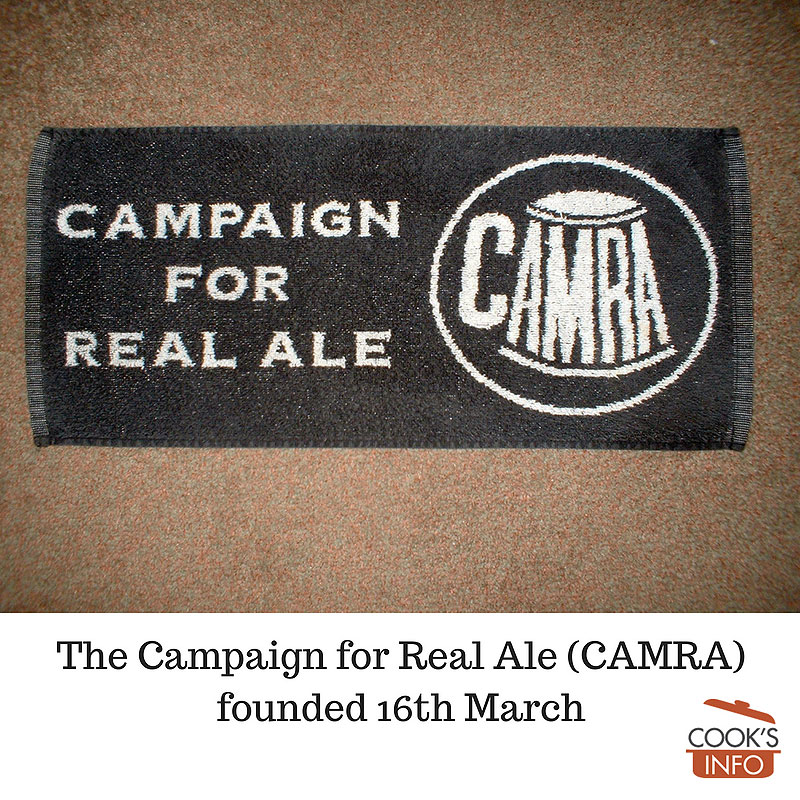 The 16th of March is the birthday of CAMRA, the Campaign for Real Ale.

It was founded on this day, 16th March 1971, by four young journalists from Manchester and Liverpool areas: Michael Hardman, Graham Lees, Bill Mellor and Jim Makin. While on holiday together in the West of Ireland, they came up with the idea for what they first called the “Campaign for the Revitalisation of Ale.” By 1973, the organization had 1000 members; by the late 1970s, around 28,000 members; and as of 2005, 70,000 members and over 200 branches in the UK alone. Many branches hold “Real Ale” festivals.

They formed the association in response to the decline in the quality of beer commercially available. Many experienced pub keepers had been killed during World War II, either overseas, or on the Home Front during bombings. The knowledge they had of how to handle ale in casks was lost with them; those who filled their ranks preferred bottled or keg ales, which were easier to handle, though the quality was lower.

CAMRA campaigned to bring back cask ales — “cask-conditioned beer” that was unfiltered and unpasteurized. It has a slow, secondary fermentation right in the casks it is served from at the pubs; the lower carbonation results in more flavour coming through, and has a natural creamy texture without the use of nitrogen, as is used in modern systems.

CAMRA now has a full-time staff of 16 people (as of 2005), plus free-lancers, and publishes a monthly newsletter called “What’s Brewing.” Their head office is in St Albans, Hertfordshire, England. 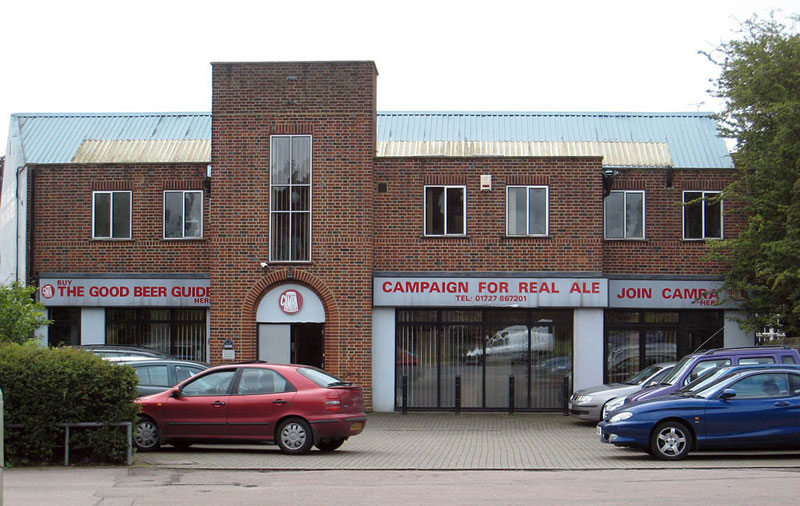 They lobby politically to try to strengthen pubs that serve real ale, in everything from trying to get taxes reduced for them and the smaller breweries, to trying to stave off corporate mergers that they feel would be detrimental to small pubs.

Every year, CAMRA publishes the Good Beer Guide. The first version of the first edition in 1974 had to be withdrawn almost immediately, as its writers had been a little too scathingly forthright in their criticisms. It was replaced with a second 1974 version in which less colourful language was used. 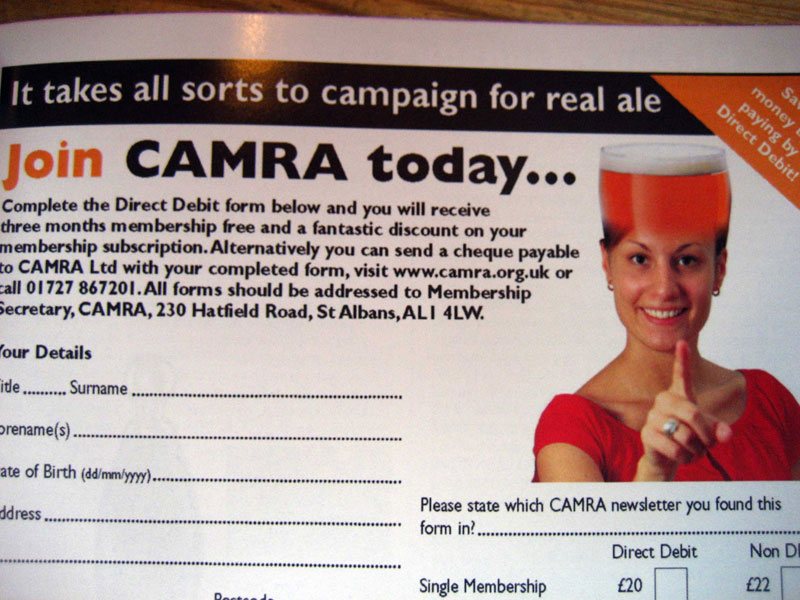 CAMRA now also promotes “bottle conditioned beers” for home consumption, addressing changing preferences. To be endorsed by them, the bottled beer cannot be pasteurized or artificially carbonated, and consequently will have sediment on the bottom from the live yeast. In return, the label can display “CAMRA says this is real ale.”

In 2016, the ironic threat of craft beer to CAMRA was noted:

“The rise of craft has led to vibrant beer and pub scenes in cities like Manchester, London, and Bristol. It’s also helped revitalise beer among younger drinkers, with craft beer often associated with ‘hipsters.’ But craft beer poses a challenge to CAMRA: most are served from gas-pressurised metal kegs, one of the innovations that the group was set up to oppose. Real ale is served from traditional wooden casks, pumped by hand rather than with the aid of gas…  the organisation has dwindled in significance in recent years as craft beer has risen in popularity, most of which make styles of beer that many CAMRA traditionalists are hostile to. The image of a CAMRA member to many outsiders today is a balding old man who’s a bit of an anorak.” [1]Williams-Grut, Oscar. Hipsters are causing an identity crisis for Britain’s beer drinkers. Business Insider Magazine. 31 March 2016.

In Canada, there are branches of CAMRA in British Columbia and in Calgary, Alberta (as of 2021.) CooksInfo isn’t aware of any branches in Australia, New Zealand or the US. 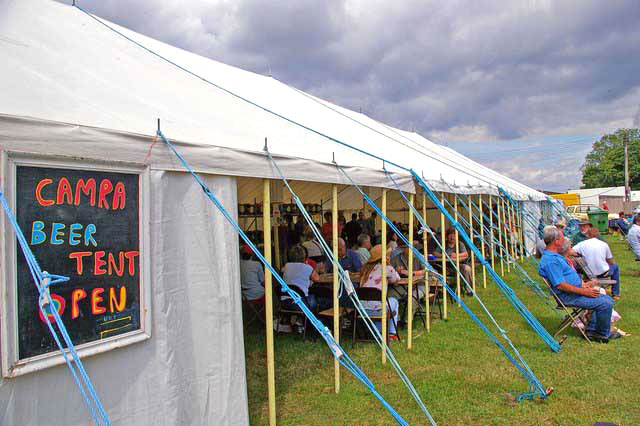 “This is the Beer Tent at the 2006 Ardingly Vintage Vehicle Festival on the South of England Showground. The dedicated beeronauts of North Sussex Camra bring the public a taste of real ale and cider.” Glyn Baker / 2006 / geograph.org.uk / CC BY-SA 2.0