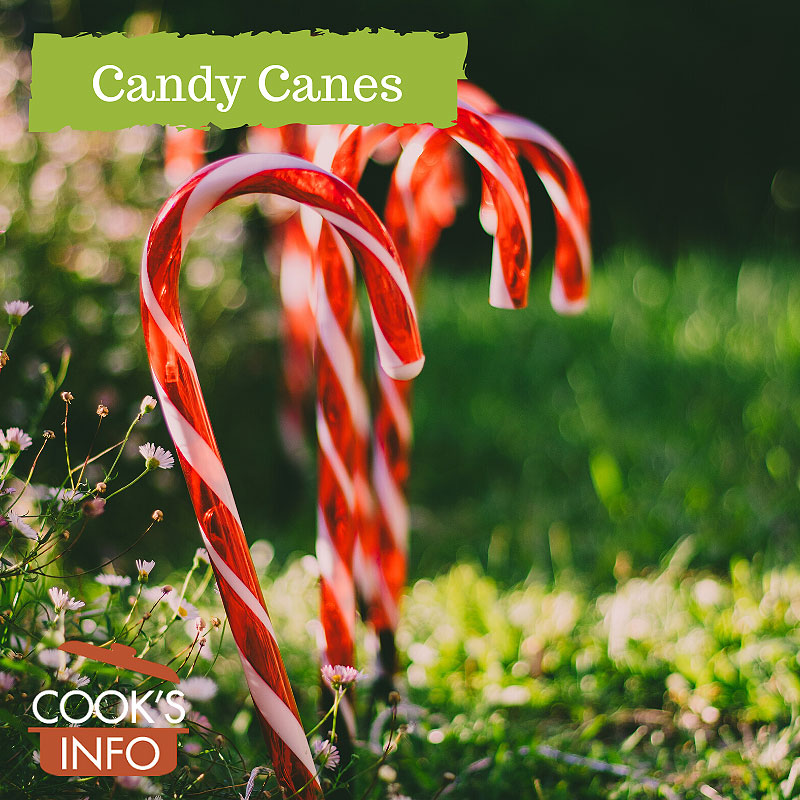 Candy canes are a cane-shaped hard candy with barber-pole stripes on them.

They are both a decoration and a candy. The classic flavour is peppermint, though there are many different flavours now.

How candy canes are made

To make them commercially, sugar and corn syrup are cooked in large vacuum kettles (these two ingredients are usually purchased already blended.) Starch and peppermint oil are then added; the starch helps to stop the mixture being sticky. The mixture is then kneaded until it turns golden brown, then it is pulled by machines. The pulling process turns the mixture white by puffing air into it.

The mixture is then formed into thin pieces shaped like a long board 15 cm (6 inches) wide, then formed into “logs” or “bolsters” composed of two of these pieces, plus two strips of red candy, then it is pulled into a cone shape. The cone is then twisted until the strands tighten into something resembling a twisted rope, the width of a candy cane, then snipped into pieces (it is kept warm all this time), then put in wrappers, and crooked by a machine to give it its definitive cane shape.

The candy has to be kept warm throughout the process so that it doesn’t harden, at which point it could not be cut or bent without shattering it.

When making candy canes at home, you reserve about one-third of the candy mixture to be coloured red.

People who have made them at home say you have to move faster than you’ve ever moved in your life, and have everything ready in advance.

After the Christmas and New Year holidays, you may be left with many candy canes to use up. You can use them as a stirrer for hot chocolate or eggnog. Or make a peppermint icing by first crushing them and soaking them in a little milk, then adding this mixture to confectioner’s sugar (icing sugar).

Crushed candy canes can be used in making other candies, or desserts.

Or, heat two of them in a moderate oven for a few minutes, then bend and stick the two together to form a heart for Valentine’s Day. 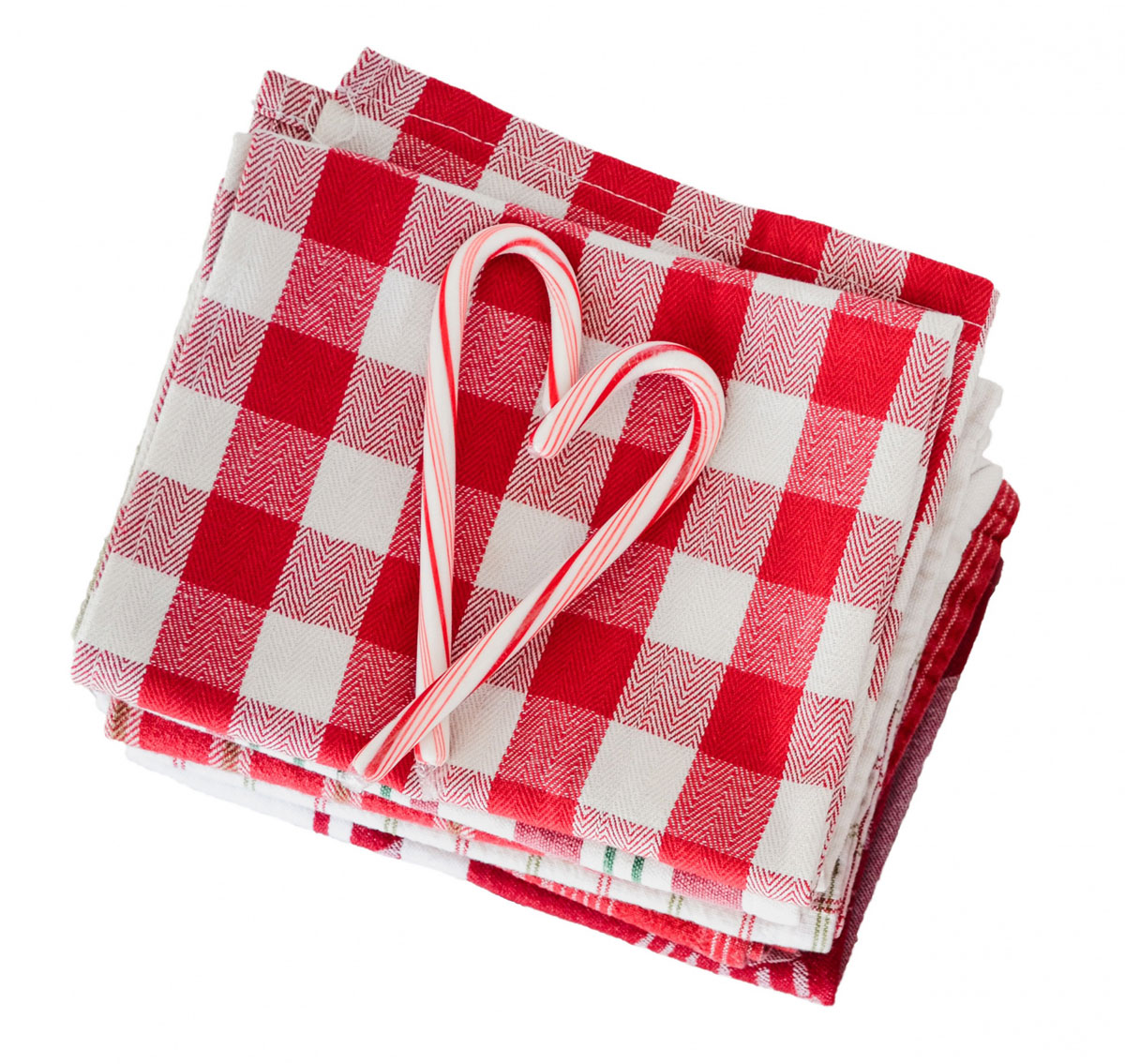 Candy canes are good until at least Christmas of the following year. Just store in a cool, dark place (not the fridge.) They don’t freeze well; they will go sticky.

Candy canes starting appearing late in the 1600s. Red stripes were added at the start of the 1900s.

Some feel that candy canes were probably at first straight, white sticks of sugar. If they were straight, it’s not hard to see how someone would get the idea of making them with one bent end so that they would stay on the tree better.

Peppermint flavour became the standard after 1900. Pictures of striped ones only appear on post-1900 Christmas cards.

In the 1920s, a man named Bob McCormack in Albany, Georgia was making and selling candy canes on a small scale.

In the 1950s, a man named Gregory Keller (Bob McCormack’s brother-in-law and a Roman Catholic priest) came up with a machine to make candy cane manufacture easier for the McCormack household, which appears to have been all involved in this business by now. The family also came up with better packaging so that the candy canes wouldn’t all shatter in shipping. The company became Bob’s Candies.

It is a myth that the J shape of a candy cane is meant to symbolize “J” for “Jesus”, or that the red stands for Christ’s blood (and just what, then, would the minty green ones be saying?)

Nor were candy canes used by early Christians as a secret way of identifying each other during the Roman persecutions. 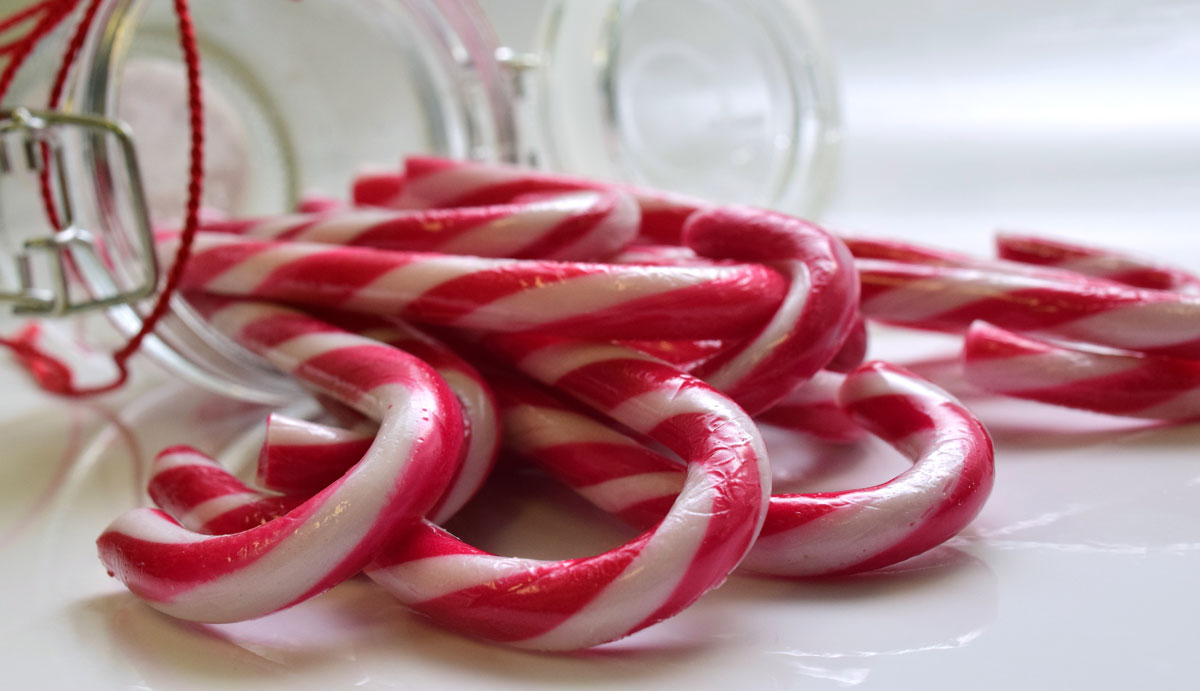