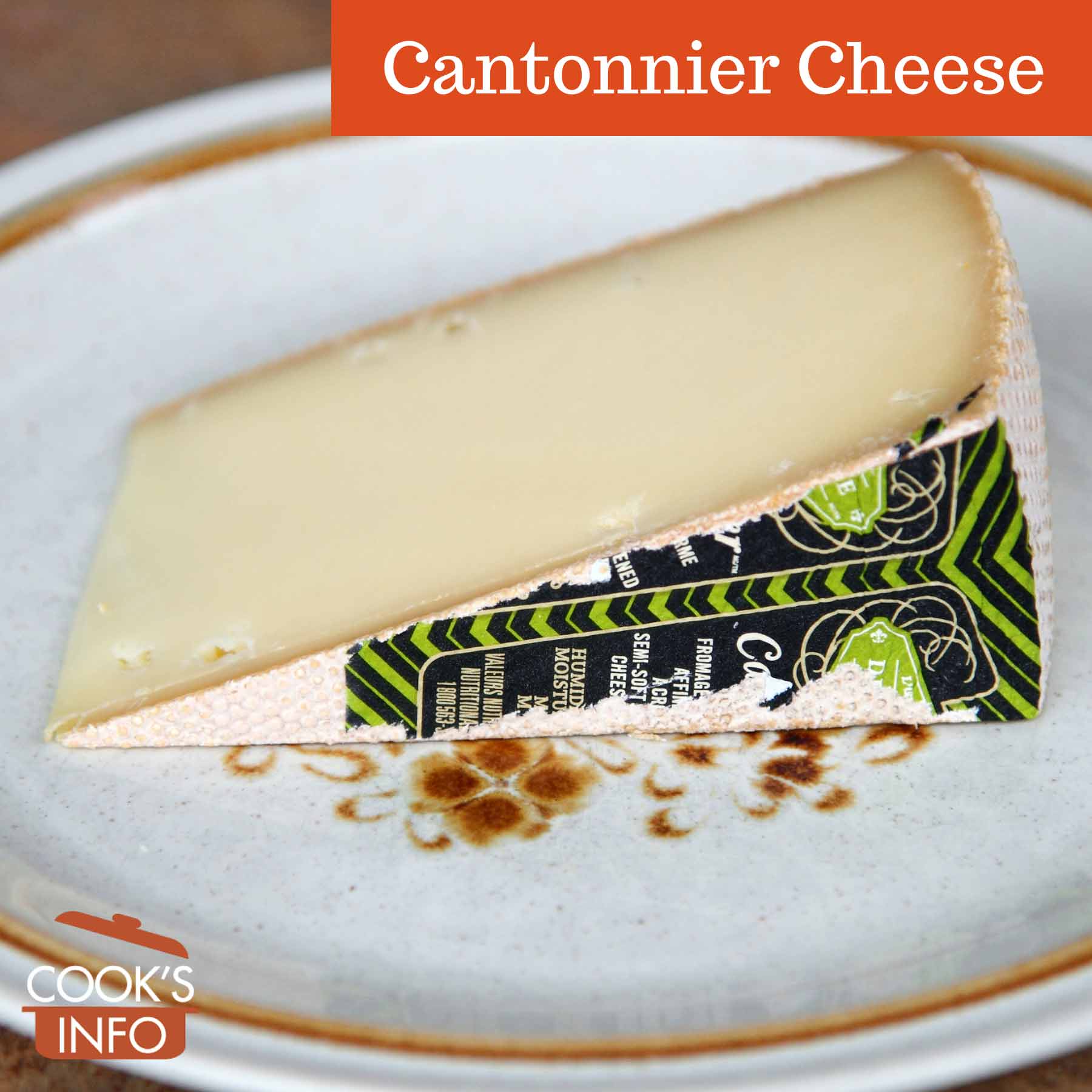 It is a farmhouse-style cheese, made on one farm, and with milk from a single herd of cows, though no official definition of the term “Farmhouse” exists in Canada. The cheesemakers had to obtain special permission from the Canadian government to use their own milk in making the cheese, because at the time that was not allowed by dairy officials in Canada.

Like all Port du Salut style cheeses, the cheese is pressed and aged for around 7 to 12 weeks. During the time, the rind is washed. The ripening happens from the surface inwards.

The yellowish-orange rind has a greasy feel to it. The cheese inside is a pale cream colour and pliable.

Production started in 1994. It is made in the village of Warwick in Québec.

Keep in refrigerator for up to 2 or 3 weeks.

Cantonnier is an old French word that meant someone who worked on roads. Canton is also used in Quebec to mean “township”, and the village of Warwick was in the township of the same name.

This web site generates income from affiliated links and ads at no cost to you to fund continued research · Information on this site is Copyright © 2023· Feel free to cite correctly, but copying whole pages for your website is content theft and will be DCMA'd.
Tagged With: Québécois Cheeses, Smear-Ripened Cheeses