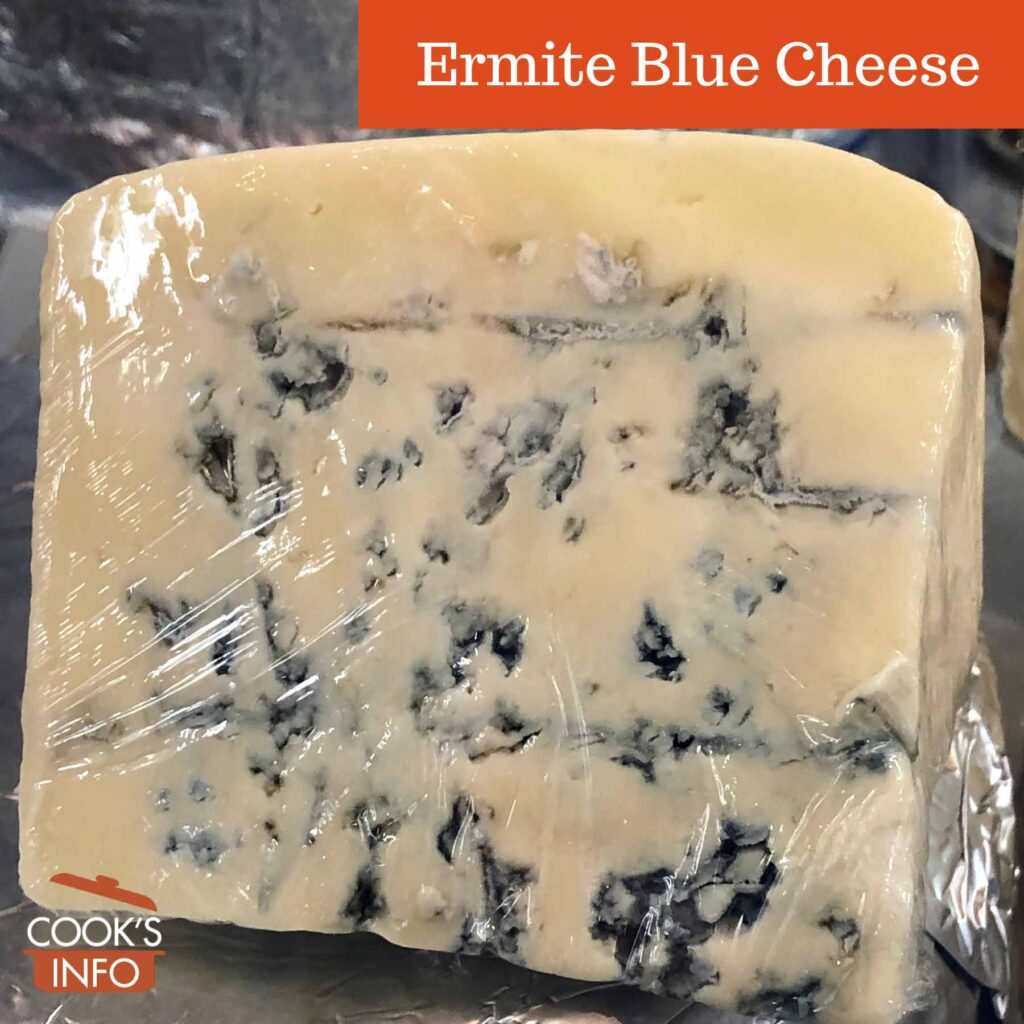 It is a mild blue cheese, with tangy aftertones and an aroma of mushrooms. In texture, it is crumbly with a slight grittiness and has no rind.

The cheese is made from pasteurized whole cow’s milk treated with Roquefort penicillium mould.

It ends up semi-soft and cream-coloured inside, with bluish-green veins of mould.

It is formed into 2 kg (4.5 pound) wheels that are aged for five weeks in a ripening room. After that, the rind of mould that has formed is washed away.

The wheels are wrapped in silver foil for shipping and sale.

The monastery was founded in 1912; they started making cheese in 1943. Their first cheese was “Ermite” in that year. [2]Riedl, Sue. Bleu Bénédictin and Ermite cheese. Toronto: The Globe and Mail. 9 December 2009.

At the time, the Trappist monks over at their monastery in Oka, Québec, had the market cornered on artisanal, monastery-produced cheese in Québec. But the Canadian Army had requisitioned almost the entire output of Oka cheese for the war effort. That left the door open in the consumer market for another cheese, which the Benedictine monks took advantage of. 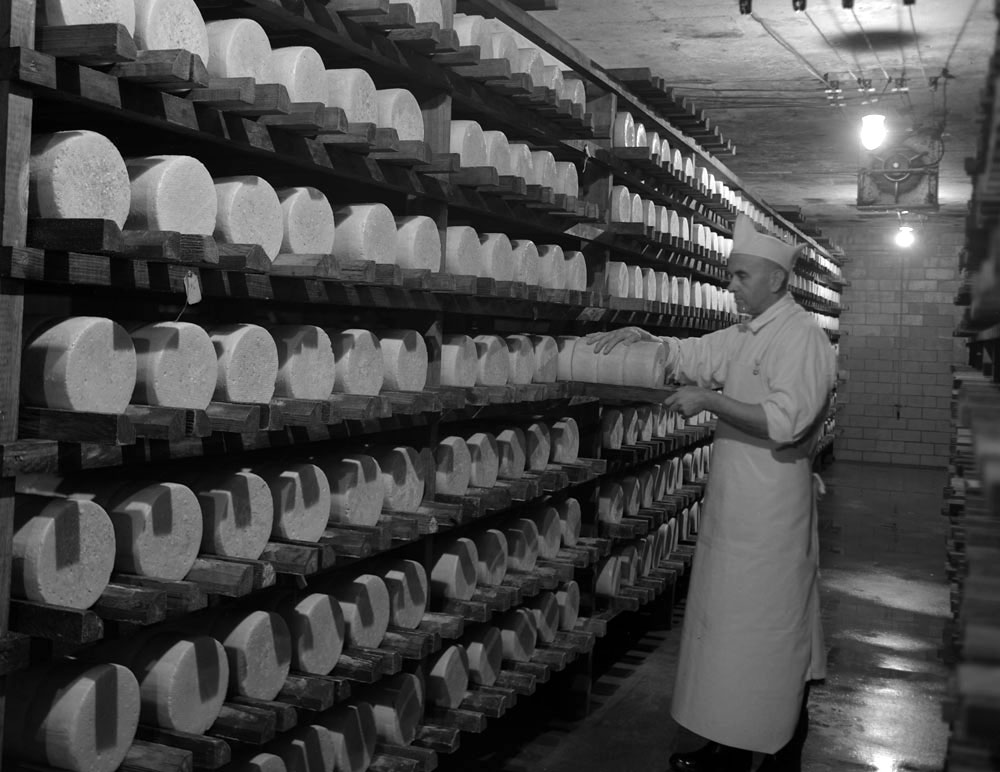