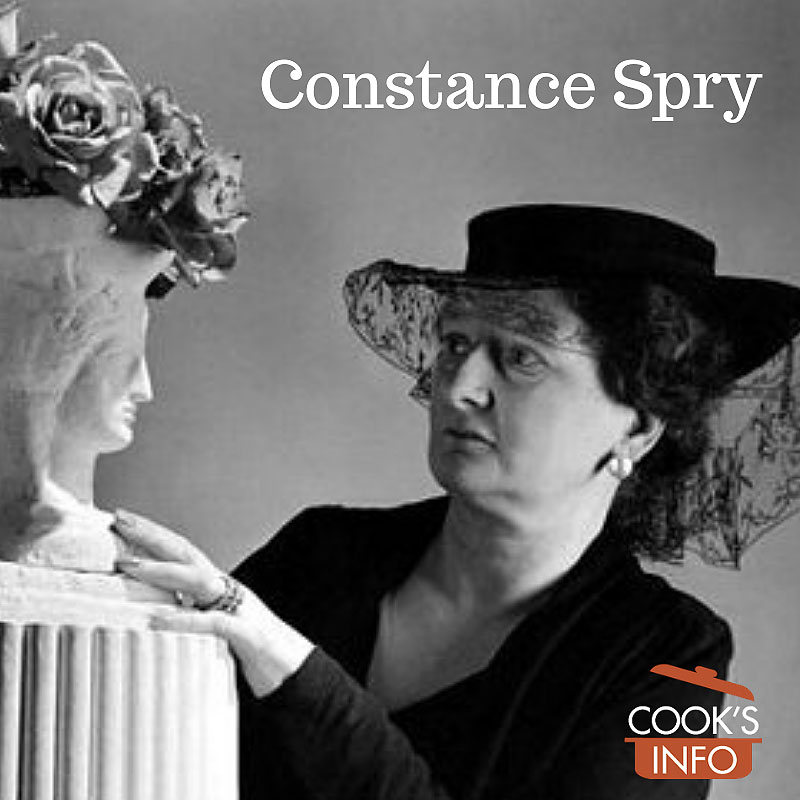 Constance Spry lived from 5 December 1886 – 3 January 1960. She was an English food writer, and flower-arranger. She was also co-principal of the Constance Spry Cordon Bleu School of Cookery in London, along with Rosemary Hume, who was a Paris Cordon Bleu graduate.

A company called “Constance Spry” carried on Constance’s ideals and mission until around 2007. It taught cooking, etiquette and flower design. [1]https://opencorporates.com/companies?q=SPRY+LTD. A company in Farnham, Surrey, under the name of “Constance Spry Limited” seems to have been revived in 2020 https://suite.endole.co.uk/insight/company/12843519-constance-spry-limited

A rose is named after Constance Spry. 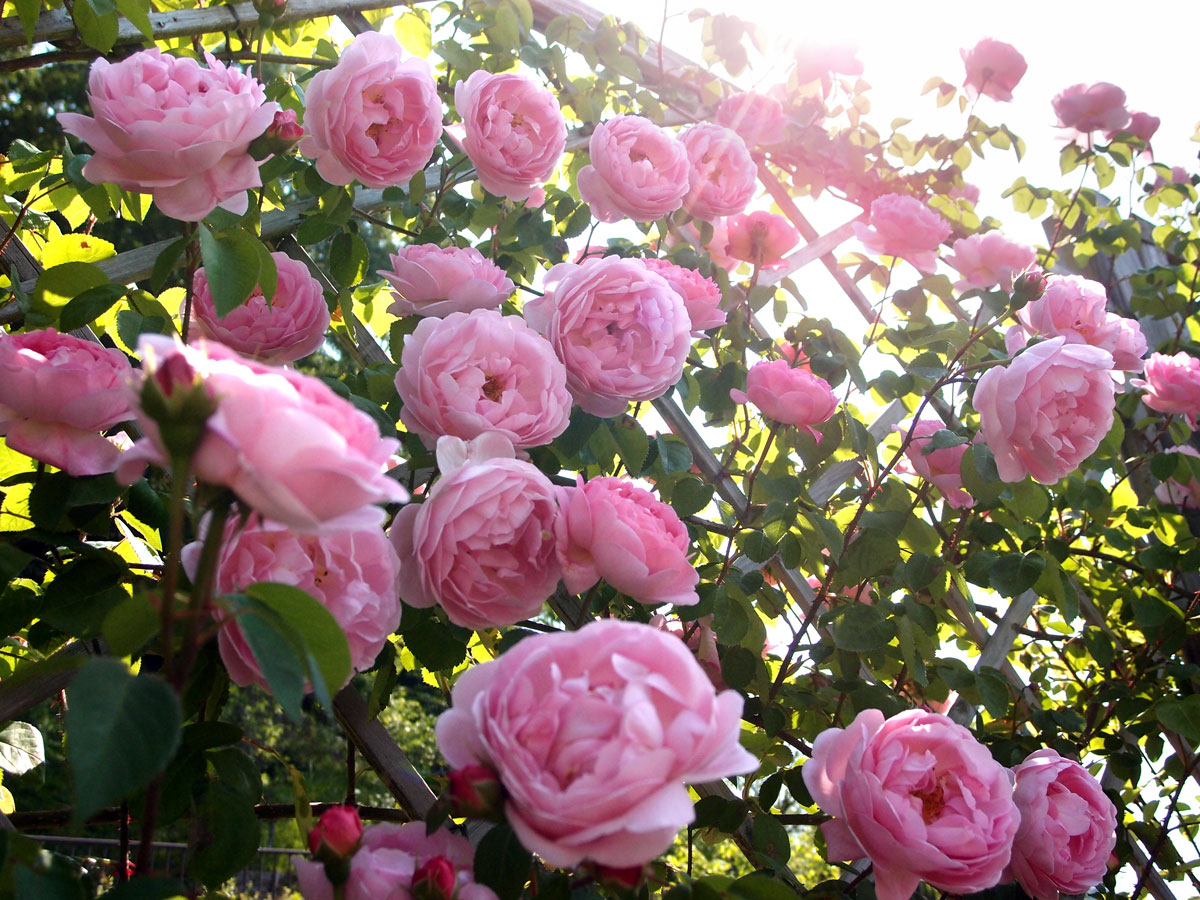 Constance was born in Derby, England on 5 December 1886. Her parents were George Fletcher, a railway clerk who later became a civil servant, and Henrietta Maria Clark. She was their first child; the other five were all boys. The Fletcher family moved to Ireland. Constance studied nursing and physiology at Alexandra College in Dublin.

In 1907, at the age of 21, Constance moved to England for her first job. It was as an assistant lecturer for the London County Council on first aid and health.

In 1908, Constance returned to Ireland to became a lecturer at the Women’s National Health Association, teaching first aid and home nursing.

In 1910, Constance married James Heppell Marr, a widower. They moved to Coolbawn, near Castlecomer, Ireland. At her new home, she started to get interested in gardening. The couple had one son, Anthony Heppell Marr, born 23 March 1912.

In 1914, Constance became secretary of the Dublin Red Cross.

Constance separated from Marr in 1916, and returned to England, this time for good, taking her son Anthony with her. She took a job as a welfare supervisor in the Vickers armament factory in Barrow-in-Furness, England. She started working in 1917 for the Department of Aircraft Production as head of women’s staff, overseeing medical treatment and welfare.

After the war, in 1921, she was appointed head mistress of the Homerton and South Hackney Day Continuation School. She taught cooking, dress making, flower arrangement and household budgeting to working class women in East End London who were sent there one a day week.

Spry parlays her flower skills into a business

In 1926, Constance married Henry (aka “Shav”) Ernest Spry. They move to Abinger, Surrey. She was starting to get commissions to arrange flowers for friends. She did an arrangement for Atkinsons, a perfume shop in Bond Street, which created a sensation and even stopped traffic.

She gave up teaching in 1928 in order to build her own flower-arranging business. Some say her family was supportive, other sources say that her family felt she was giving up a very promising teaching career. She opened her business in 1929 called “Flower Decorations” at 7 Belgrave Road (between Victoria and Pimlico) in London. She attracted society customers. She was 42 years old at the time.

In 1934, she moved her business to a larger store space in Mayfair on South Audley Road. By this time, she had 70 people working for her. Out of the new store, she ran the “Constance Spry Flower School.”. 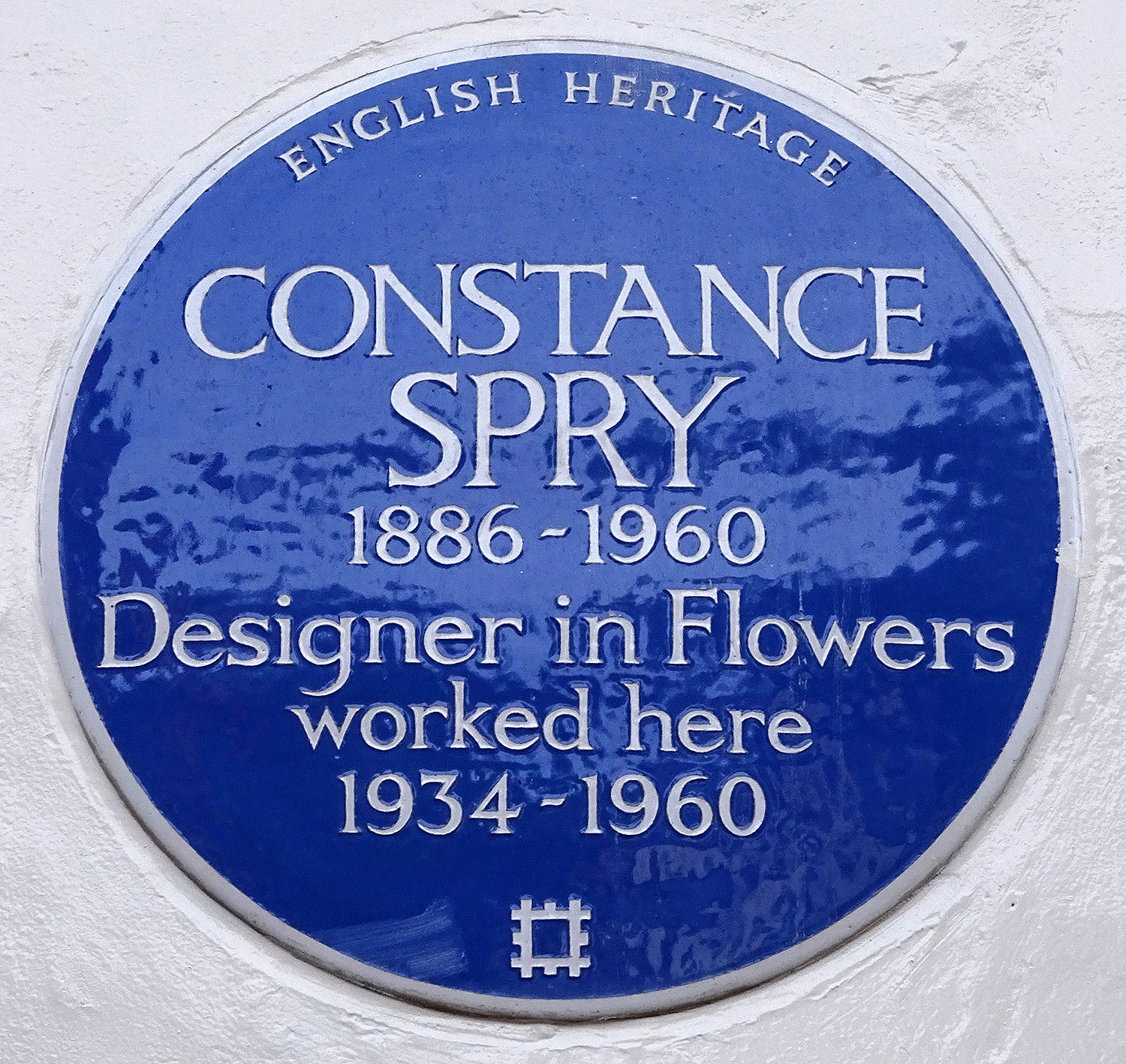 In the same year, 1934, she published her first book, called “Flower Decoration.” She would publish many more flower-arranging books. She placed a high emphasis on having good quality colour photographs in them.

Constance did the flowers for the wedding of the Duke and Duchess of Windsor (Mrs Simpson) in 1936.

In 1940, she renamed her business to just “Constance Spry.”

In 1942, she published “Come Into The Garden, Cook” to teach and encourage people to grow their own food.

Le Petit Cordon Bleu Culinary School in London had been opened in 1933 by Rosemary Hume and Dione Lucas. It had closed for the duration of the Second World War. [2]History of our school | Le Cordon Bleu London. Accessed August 2019 at https://www.cordonbleu.edu/london/our-story/en

In 1945, Spry bought into the school to help it re-open, and she and Hume ran it as co-principals at 31 Marleybone Lane. The school was renamed to the “Constance Spry Cordon Bleu School of Cookery.” (In 1990, it was bought out by the parent company, Le Cordon Bleu. As of 2012, the school was at 15 Bloomsbury Square.)

In 1946, she and Hume founded the Domestic Science School in Winkfield Place, near Ascot in Berkshire.

The Constance Spry Cordon Bleu School was asked “to prepare the Coronation Luncheon for Queen Elizabeth II, for which Rosemary Hume created the recipe ‘Poulet Reine Elizabeth which is now widely known as Coronation Chicken.” [3]History of our school | Le Cordon Bleu London.

There is some discussion whether it was Spry or Hume who created Coronation Chicken; some feel that it was the students at their Cordon Bleu School school who came up with it. In any event, it was the students who made it for the Queen’s lunch that day in 1953.

The recipe was widely published in advance so that it could be made and served at street parties throughout the country.

Spry managed the flower arrangements at Westminster Abbey and along the processional route. She was appointed to the Order of the British Empire for her work.

In 1956, along with Hume, Constance published “The Constance Spry Cookery Book.” It included the recipe for Coronation Chicken.

The book was written at a time when war-time rationing was just starting coming to an end in Britain. It really was Hume, however, who was the food authority : Spry was the “big name.” Spry had gained her fame through her flower arranging business and through her advice on how to make homes beautiful. She felt that all homes, even poorer ones, could be beautified.

On 3 January 1960, she slipped on the stairs at home and died an hour later.

“Cooking is an art. The kitchen should be raised to the status of a studio, as indeed it is in some homes where the mistress of the house is a cook.” — Constance Spry