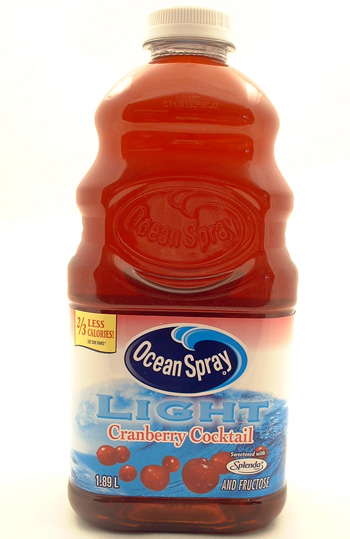 Cranberry Juice is a bright red fruit juice, sweetened with sugar. Most juices sold are ⅓ cranberry juice, with the remainder being water and sugar to make them palatable.

White Cranberry Juice is made from cranberries harvested before they ripen to red. It is milder and less tart.

Cranberry Cocktail has 34g of sugar per 250ml. The same quantity of pre-sweetened Kool-Aid ends up with about 21g of sugar.

Cranberry Cocktail was launched by Ocean Spray in 1930. Ocean Spray was founded in 1930 as a cooperative by three cranberry growers in New England.

“A word about that cranberry juice cocktail, which is bottled in only limited amounts because dead-ripe berries are required for this, and the growers hesitate to hold their crops longer than necessary for fear of loss through some turn of the weather. At the Association headquarters, we were told of a new electric eye device, almost perfected, which will pick out the dark reds from the greens, thus releasing more fruit for making the nectar.” — Paddleford, Clementine (1898 – 1967). Food Flashes Column. Gourmet Magazine. December 1948.